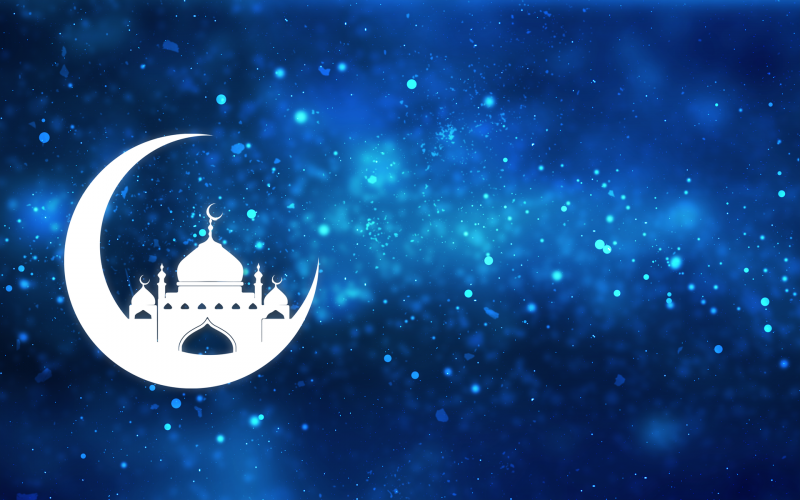 Eid al-Adha, also popular as the festival of the Sacrifice is one of the major Islamic celebrations.

Popularly, it is one of the two most important Islamic holidays. The celebration of Eid al-Adha takes place worldwide and in several regions in countless forms. This honors the willingness to sacrifice of prophet Ibrahim who agrees to sacrifice his son to obey the will of God.

However, before he sacrifices his son, God places a goat on the place of his son. Therefore, the entire community celebrates the festival by sacrificing a goat on this very day.

Also, the day marks the conclusion of the annual Hajj of Mecca.

Eid al-Adha or Bakr Id is one of the most prominent festivals for the Muslim community all across the world.

As the festival marks the supreme sacrifice of Prophet Ibrahim, it observes great celebrations in numerous countries for Islamic followers. The narratives state, on the occasion of Bakr Id, the prophet faces the challenge of God and he passes the test of God. As a matter of fact, he proves his faith in Allah and his justice.

The festival of Eid al-Adha commemorates a devotee’s devotion for God and his willingness to devote God. Hence, the day marks the immense belief of prophet Ibrahim toward God. On this day, God sends Jibra’il to lay a goat in the place of Ibrahim’s son for sacrifice.

Reasons behind the Celebration of Eid al-Adha

Regardless of the religion and community, the mythological tales behind the celebration of Eid al-Adha are popular among most of the people.
The narrative of the festival is popular as the Akedah in Judaism and derives in the Tora which is the first book of Moses.

These tales mention, Prophet Ibrahim or Abraham is compelled to face the command of God. In the command, God asks Ibrahim to sacrifice his dearest possession which happens to be the sacrifice of his thirteen-year-old son Ismail.

Upon this, Ibrahim prepares himself to fulfill the command of God and his will. Meanwhile the preparations of the sacrifice, the devil tempts him and Ibrahim throws pebbles on the devil to cast it. Therefore, to commemorate this action of Ibrahim, on this day, people throw stones at the symbolic pillars during the Hajj rites and the stoning of the Devil.

On the mount Arafat, at the final moment, when Abraham attempts to cut Ismail’s troat, he finds his son out of harm’s way. Also, as a replacement for his son, an animal was slaughtered.

There is something unique about dining during Eid vibes. For the celebrations, people from numerous regions cook numerous mouth-watering foods. However, Chicken Biryani and Sewai are the two most important Bakr Id dishes. In general, every Muslim family serves these two on the table for the celebration of Eid al-Adha.

On the other hand, there are many other popular foodstuffs that a person can try.

Celebration of Eidal-Adha across the Country

Many countries including India, observe a public holiday on the occasion of Eid al-Adha. Government offices, post offices, major businesses, schools, and Universities remain closed on the day to allow people to visit their friends and family at the festival. However, to avail services on the day of the festival, hospitals and major organizations operate.

A person may notice a good number of Muslims visiting their family members and their friends.

India has a distinction of beauty in each corner. A person may enjoy any festival in any part of the country. Nonetheless, here are the top 4 destinations you may visit to add value to your Bakrid celebration.

The celebration of Eid al-Adha observes great fervor during the celebration. On the day, the gaiety in India and many other countries’ viewable merriment takes place. People wear new clothes and visit their friends and family later than offering prayers to God.

In a while, the sacrifice of goat or sheep takes place which they later distribute between needy, family, and friends. The marks faith of people in God therefore, on this very day several devotees try to provide meals to poor people so that no family goes hungry to sleep on the occasion of Eid al-Adha.