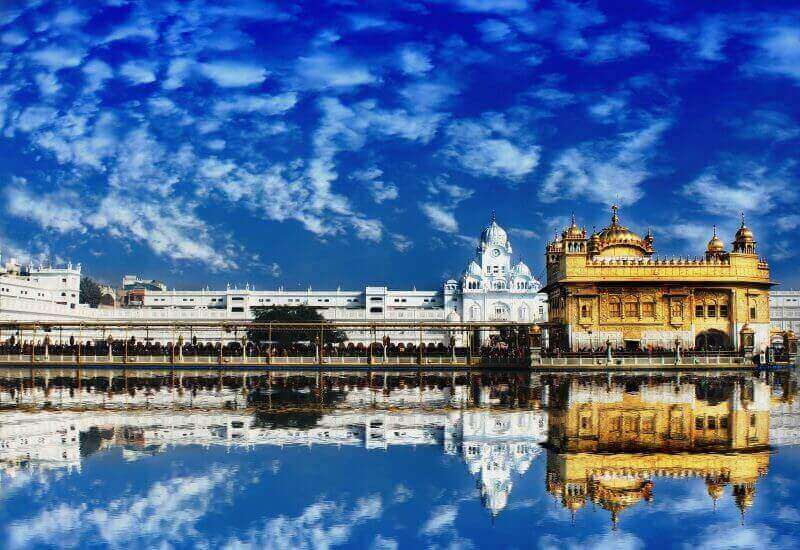 Guru Nanak Jayanti or Guruparb is the most sacred festival of Sikh and Sindhi communities all around the world. On this day, people commemorate the birth anniversary of Guru Nanak Dev.

People believe Guru Nanak Dev to be the founder of Sikhism and he is the first of the 10 Gurus of Sikh. In point of fact, the word Guruparb amalgamates two words “Guru” which means teachers and Hindi word “Parb” which means “day”. On the day of Guruparb, Sikh and Sindhi communities all over the globe worship their teacher, Guru Nanak Dev.

The festival of Guru Nanak Jayanti falls on the full moon day in the month of Kartik. In accordance with the Gregorian calendar, people celebrate Guruparb every year in the month of October and November.

The celebration of this festival does not limit to only India. People from other modern and western countries also celebrate Gurparbwith zest. Countries like Canada, the United Kingdom, and America also believe in the festival of Guru Nanak Jayanti.

The day of Guruparb has Saint and spiritualist connotations. People believe Guru Nanak Dev is to be a medium of morality, devotion, truth, and spirituality in the world of human beings. This day is also called Prakash Utsav because of Guru Nanak Dev enlightened humans with his knowledge.

It is a festival which occurs for three days. People carry out a celebration for three consecutive days. In every Gurudwara, the preparations begin two days prior to Prakash Utsav.

In the Sikh and Sindhi communities, people denote GuruNanak Dev as their supreme God. These communities have a major belief in the lessons by Guru Nanak Dev and the mentions of Guru Granth Sahib. The celebration includes a huge Langar outside Gurudwaras. This festival serves the purpose to seek blessings of Guru Nanak Dev by decorating homes, lighting lamps, and distribution offerings.

Devotees commence their worship at a specific time of which is known as Amrit Vela. They join together and chant from the holy book Guru Granth Sahib and sing prayers to God.

People prepare offerings with zeal and distribute them to one and all.

Rituals draw custom from ancient times. The day of Guru Nanak Jayanti makes people come together and pray in front of one superior God Guru Nanak Dev. Devotees carry out a prayer for forty-eight hours. On the auspicious day of Guruparb, the prayers end.

A day ahead of the festival, people prepare for the processions in the honor of Guru Nanak Dev. The procession involves carrying Sikh flags and Palanquin of Guru Granth Sahib. Devotees decorate the Palanquin orPalki delightfully with their hands.

The majority of Gurudwaras organize Kirtan (prayer offerings) and ceremonies of Amrit Sanchar. Upon this, they prepare sweets and meals (Langar) to offer to one and all who come to eat. It comes in their religious faith to offer a meal to anyone who comes to their doorstep. In this, every child, man, and woman participate with great enthusiasm.

The Langar offering on this day is known as Guru Ka Langar. Devotees offer the special halwa on Guruparb called Karah Prasad.

The history behind the celebration of Guru Nanak Jayanti

Guru Nanak Jayanti is one of the most popular festivals of the Sikh calendar. This day celebrates the birth of the greatest and selfless teacher, Guru Nanak Dev.

In accordance with the mythological tales, on 15th April 1469, Guru Nanak Dev takes birth. The tale mentions, his father belongs to the village of Talwandi. People also believe Guru Nanak Dev has an elder sister who marries Jai Ram in the year 1475.

At the outset, Guru Nanak Dev lives with his elder sister and brother-in-law. As he turns sixteen years old, he works for DaulatKhan Lodi. In the year 1487, on September 24 he marries Mata Sulakkani.

This is the day to show devotion towards Guru NanakDev. Thus, devotees visit Gurudwara early in the morning. The Gurudwara of Amritsar which is also famous as Golden Temple is the place that gains most of the visitors on this day.

All countries in the world with Sikh communities celebrate the festival by carrying out huge processions on the streets. Reading of holy book Guru Granth Sahib takes place in groups. Often people find it difficult to visit Gurudwara. In such a situation, they offer prayers from their homes and distribute sweets in their locality.

This is one of the most auspicious days of the year and it brings the family together to pray and devote in front of Guru. Therefore, around every corner of the world, Gurudwara is decorated with striking colorful flowers and lights. Besides this, at night as a conclusion of the celebration people burst crackers and blowlamps.

Delectable Offerings and Dishes on Guruparb

In point of fact, no one is unaware of the fact that Sikhs are the most popular for their food traditions. Regardless of which festival it is, Sikhs serve delectable meals in the plates.

India is a secular country. Thus, Indians have no less enthusiasm for the celebration of any festival. Also, people from all the communities pray to Guru Nanak Sahib on Guruparb. This day has a significance of devoting to teachers. Therefore, on this day, Indians bow down to their teachers and seek their blessings.

Guru Nanak Jayanti is commonly celebrated for three days. As a matter of fact, in Gurudwaras, devotees organize Akhand Path to practice from their holy book. The Path goes for consecutive 48 hours. Thus, on the day of the conclusion, the offering is prepared given to one and all.

The procession is held across the state of Punjab and Haryana. On this day, people sing Asa-di-Var in the early of the morning. Also, people stand in groups and chant prayers in Gurudwara.

In the afternoon, people prepare Langar for everyone. As a matter of fact, on this day, families pray together and later eat together.

Guru Nanak Jayanti is a festival with global recognition. The community of Sikhs is popular among the world in the form of one such group out of which nobody chooses to beg.

They entirely work and serve in numerous ways. However, the festival of Guruparb is celebrated as a reminder of the greatness of Guru Nanak Dev. Therefore, on this day, people observe festivity to honor the selfless teaching of God. Therefore, the celebration of Guruparb has an association of teacher or master.

This year the festival of Guru Nanak Jayanti falls on 30th November.

These were the major details about the day of Guru Nanak Jayanti that celebrates the bravery of the greatest teacher of the world. You may also like to read about Vaisakhi 2020.