Which Is The Best Zodiac Sign? Ranked By Qualities

Which Is The Best Zodiac Sign? Ranked By Qualities 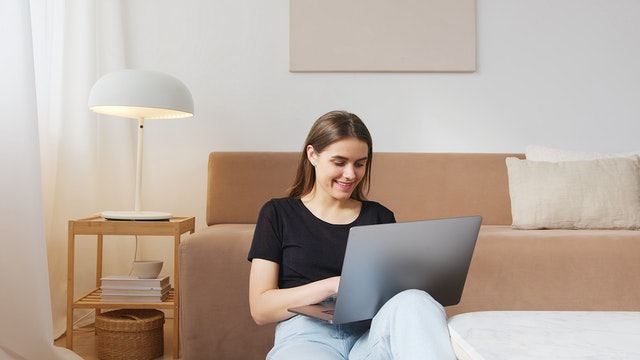 Which is the best zodiac sign? The debates over this topic would be never-ending. Here, every zodiac sign has a dynamic reason to claim the title. However, every zodiac sign has many different best and worst trait. They all possess a fair share of good and bad. So, to make things a bit easy-peasy, we did deep research on the 12 signs. Dive in the given information and decide yourself.

Librans are all about harmony, righteousness, kindness. These people are the ice-breaking zodiac sign.

Represented by weighing scale/ balance and governed by Venus, the planet of beauty and love, Libra itself is a sign of tenderness. In fact, Librans are the most compassionate individuals. They are the peacekeeper of the realms. For all their lives, they try to please and make everyone happy around them. A slight mistake and they will drown in guilt.

These natives comprise the skills of a great listener. They make sure everyone around them gets a chance to express their feelings. They strive for justice. A Libra can become a great leader. However, these natives do not desire limelight. They guide through the darkness by staying in the dark. It is easy for them to become friends with anyone. They have a ray of positivity that reaches every heart without a struggle.

Virgo, a typical earth sign known for its urge for perfection. At the start of the month when people wait for their salary, a Virgo sits tight and prepares their calendar for the month. A planner, analyzer, and well-organized zodiac sign governed by Mercury, the planet of expertise.

The best thing about a Virgo is that they pay too much attention. They notice every thin detail about a person. Present them with an idea and they will create layers out of it. However, it often becomes a cause of the problem.

Virgos are all about bustle in life. As much as they love peace and soulful melodies, they prefer a hazy life. People born under the Virgo zodiac critical and old-school. In a fast life, they enjoy quality people. These people can become great journalists, analysts.

Aries, represented by the Ram and governed by planet Mars, the god of war.

These natives embrace power, rage, and fire within them. They are prudent and yet furious. An Aries is a passionate, sensitive zodiac sign with a sprinkle of undying bravery. On the other hand, they can be extremely aggressive, dominating, arrogant, and stubborn.

Aries can be a great leader with harmonious conduct. A leader that keeps the peace and stays ready for the battle whenever necessary. In the contemporary era, these people can pursue the most exotic professions. For example, Aries can become a climber, travel blogger, and online tutor.

Some Aries prefer the most content life. Thus, you can also see them working as a dedicated engineer or doctor.

Taurus, reprinted by the angry & Raging Bull and governed by Venus, the planet of beauty. These people are the embodiment of passion. Whatever a Taurus does, they put their whole heart into it.

These native comprehend spontaneousness. Filled with the energy of Venus, a Taurus works hard for everything they desire. These are serious kinda folks. Thus, if you have a Taurus around you, you’d known the personification of uptight & cool as a blend. Taurus is an earth sign. It makes them acquire a generous attitude.

Along with their benevolence, Taureans have a logical brain. They are the wise plenipotentiary who keeps things in perfect order. Away from peace, beyond chaos, Taurus prefers a life of hustle. They can become absolutely anything they want.

Like their sign lord Moon itself, Cancerians are bright, rare, and beautiful people. They embrace an old soul and a heart of gold. Emotional by nature, these people invest too much in relationships. Even when they become friends, they spare no level of intensity. Their friends can count on them anytime for anything.

They have a tingle that senses even the smallest emotion beneath a human. If you have a Cancer native around you, be aware they know what you feel. Although they keep it all inside of them. You can always count on them. From an amazing listener to splendid healers, these people deal with meds for souls.

The strong senses of Cancerian make them a little too spontaneous or way more of a poker face. There is no in-between. They can play great diplomats as it is tough to lie to them.

Everybody says Virgos are perfectionists. TBH Capricorn is also a sign of perfection. They crave it and they would anything to become the best of their kind. Capricorn is an earth sign. Commonly these people stand out for their kind nature. They try very hard to be the Best Zodiac. Under the shelter of the karmic planet Saturn, they work hardest among the entire zodiac circle.

These people have an attitude of a critical analyst. They calculate every move precisely. Once, the view is clear for success, they take their shot. Along with their unapologetic humor and sarcasm, these guys have the most vulnerable hearts. Speak to them harshly once and they will never let leave their mind.

Frankly, Caps the mountain goat can become anything they want. If they decide to achieve something, they get it. Maybe not today but soon enough they attain anything they set their eyes at.

At first, Leo will appear the most uptight version of people. When you get to know them personally, you realize what kinda weirdo, cool, annoying, intelligent, problem solver they are. They are chatty and freedom lovers. When you are with a person born under the Leo sign, you don’t have to step out to enjoy wonderland. They can create one for you right where they exist.

Leo natives are super passionate and romantic. They are the king of romance among all the signs. However, they hide it very well. Only when you can read the inner emotions, you can know how deep a Leo can feel everything.

The only problem with Leos is they can’t share their limelight and often reflect a superior person which may annoy people. Otherwise, these people can become great political leaders, business persons, and hosts.

Scorpio, a sign most popular for its dark nature water sign is governed by Mars. Typically, a Scorpio is an emotional mess. They are dark and prefer solitude. However, it is not easy to melt their heart.

With the blessing of Mars, a Scorpio is the bravest zodiac sign. Whether or not in their control, they try to help as many people as possible. You can expect the undying loyalty from them in return for a little love. However, once they sense betrayal, god forbid the result they could plan.

Along with a lot of goodness, Scorpios are excessively dominating, possessive, and obsessed. These are the very reason why after every emotional ability, they still do not top the list of Best Zodiac.

Idealistic, free-spirited, and wild. Sagittarius is a fire sign represented by Centaur and governed by Jupiter, the planet of fortune. These people are highly optimistic, realistic, curious, and charming. It is almost impossible to resist the charm of a Sag.

Sagittarians are secretive, independent, and unbound. You can expect them to say yes to anything that’s crazy but not a pledge. They are highly unreliable of their own words.

Ask them anything but commitment. A Sag can only offer emotional turmoil in return for commitments. A lack of skill of devotion makes them have the other person suffer. Nevertheless, owing to their amazing intelligence, Sag can become a travel blogger, marketing personnel, business person.

Represented by two fishes going to two different edges, Pisces is a classic water sign. These people are so much in touch with emotions. They feel so deep and let people know about it in open.

These people make a gentle partner and loyal friend. When you talk to them, they pay attention to your feelings and try to help you come out of your problems. Nevertheless, they can be super dramatic at times. When they go through a slight discomfort, everybody finds out as their emotions can be seen everywhere.

A Pisces like its very own symbol can be extremely opposite of their feelings. They don’t like anybody raising their voice at them, however, a Pisces might not think twice before doing the same. Often over aggressive, filled with over-reactions, these people can be a hurricane for people around them.

Aquarians, the book lover, and super detached zodiac sign. Represented by the water bearer, an Aquarian is ruled by Saturn, the planet of justice. Thus, they comprise just attitude toward things. These people are the blatant form of charm. When they know they are good at something, they make you believe it.

An Aquarius is an Air sign that reflects a humanitarian persona. These people are free-spirited, open-minded intellectuals. They offer a glamor of iniquity that unfolds from time to time. In addition to this, they can be highly unpredictable. They might change their aim halfway to other possible goals.

When you treat an Aquarius nicely, they can show you heaven of feelings. However, it doesn’t take long for an Aquarius to move on. And once they decide you don’t deserve them, not even god can convince them otherwise. Sometimes, it can stimulate them to hurt people badly.

Gemini, the prattler of the zodiacs. Represented by twins and governed by Mercury, the planet of wisdom, Geminis have gifts of several kinds. They fall under a planet that signifies intelligence, flexibility, and humor.

Geminis love socializing, partying. Take them with you and you shall make 10 new friends everywhere. These people have the most thriving personality.

In addition to their goodness, Geminis have a fair share of negative traits. At times, these people can be very heartless. Even though you have helped them in their worst time, they might pull their hands out of your life when you need them. These over-the-top social butterflies can be a real backstabber. All these habits fetch them afar from being the Best Zodiac. Owing to their art of lying, they can be amazing marketing personnel, fortune teller, and business owner.