Onam 2020- The Harvest Festival of India

Onam 2020- The Harvest Festival of India 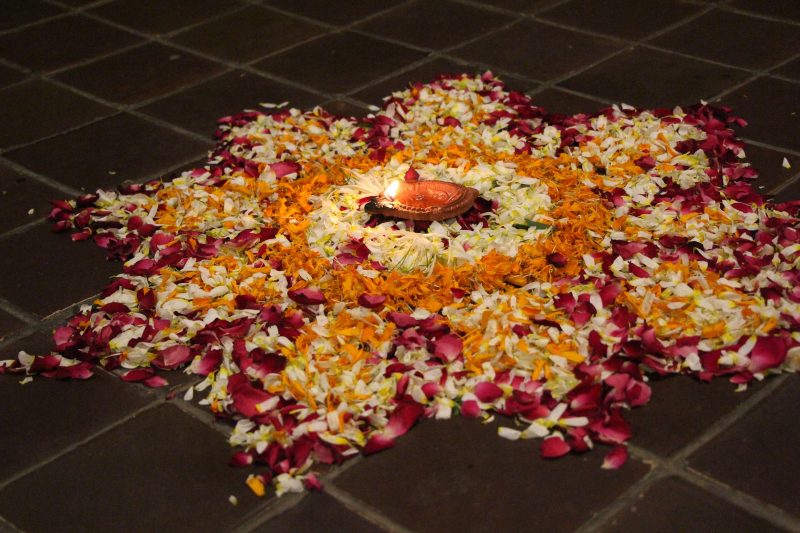 Privileged is one who admires positivity and disregards pessimism. May the Lord of righteousness King Mahabali shower their blessing on one and all

Onam is an annual Hindu festival with origins in Kerala. It is also popular as the Harvest Festival of Kerala. It is one of the most vibrant Hindu festivals which take place every year for ten consecutive days majorly in the Southern region of India.

The festival of Onam is also known as the New Year of Malayali Hindus.

In accordance with the significance, it is one of the major Hindu festivals in India. The celebration of Onam occurs with the celebration of Thiruvathira and Vishu. This festival takes place in numerous regions of Kerala to commemorate the great King Mahabali.

People worship on this day with the belief of Mahabali’s spirit to visit Kerala meanwhile the festival of Onam to bless the city.

The origin of word Onam draws roots from Sanskrit word Shravanam. It refers to the 27 (Nakshatra) constellations. The South area of India has the association of Lord Vishnu and Thiruvonam. In mythological tales, Lord Vishnu passes the Nakshatra to the great King Mahabali.

Onam is believed to be the festival of joy and enthusiasm. This festival has specific importance for Indian folks because of it is also the harvest festival of India.

It is officially the festival of the state of Kerala. On the occasion, the festivity majorly takes place at over 30 venues. On this festival, people observe four days of a public holiday. In the capital of Kerala, Thiruvananthapuram, Onam is celebrated over various venues.

This festival is also known to many people as Malayali diaspora. Onam is a major Hindu festival in which a great number of non-Hindu people also take participation.

The festival of Onam is dedicated by people to the great king Mahabali. He is believed to be born as an Asur. However, he was a Sur (positive human by thoughts and visions). Kerala is believed to be his homage in ancient times. People believe King Mahabali to be a very just king and they worship on Onam to seek his blessings.

History behind the Celebration of Onam

The mythological tales behind the festival of Onam has an association with Lord Vishnu and King Mahabali.

King Mahabali takes birth in the community of Asur (being with negative vision and thinking). Nonetheless, he is believed to be a kind man. The tales mention, meanwhile the rule of King Mahabali no needy returns empty-handed from his doors.

And to prove his duty towards justice, he sacrifices himself. Therefore people of Kerala remember King Mahabali for his eternity in the form of the festival of Onam.

Since then, people from numerous Southern regions of India celebrate the festival of Onam to commemorate King Mahabali and his wisdom of justice.

Tradition and Festivity of Onam

The festival of Onam falls for 10 consecutive days. Each day of festivity has a unique name and custom of celebration.

On the day of Atham, folks take bath early in the morning and prepare themselves for worship in the temple. Together, the families visit temples and offer prayers. The ancient tales mention, King Mahabalistarts his preparations to come down to Kerala.

So, the Keralite men gather flowers and women make the pookkalam (designs on floor with colorful flowers) to welcome their beloved King. The size of the pookkalam is small on the first day. However, it keeps on increasing till the final day.

On the second day, men gather new flowers and women and those flowers to the pookkalam. The major festivity begins on the day of Chithira.

On the day of Chidhi, more flowers are added to the pookkalam. The families start preparations for the final celebration. They buy new clothes and decorating items. On this day, the local markets observe a good number of customers.

On the day of Vishakam, the main meal called “Onam Sadhya” begins. This day is observed with great zeal. People prepare meals in which one and all offer a contribution.

The sixth day is dedicated to the ancestors. People from numerous regions visit their ancestral home on Thriketa and exchange gifts with family members.

On this day, numerous Hindu temples start serving meals to people. In Kerala and at other places, it is known as Special Sadhyas. On this very day, people perform a traditional dance.

On the Pooradam day, people place small worship idols of Mahabali and Vamana in the center of pookkalam. This is how people invite King Mahabali to their place and seek his blessings. People add multiple layers of flowers to pookkalam on Pooradam thus it gets larger and graceful.

Uthrodam is the day when the city organizes a gala devour. In mythologies, it is the best day to buy fruits & veggies. This leads people towards King Mahabali’s blessings.

This is the concluding day of ten-day-long festivity. Every family cleans their house early in the morning and put a traditional welcome sign on the doorstep with rice and water.

According to the customs, the eldest woman of the family gives clothes to the entire family members. In the day, most of the rural areas observe festivity by organizing games & fests.

Later, in the evening, people conclude the festival by lighting up their houses and bursting firecrackers. One can hear loud and soft folk music playing in numerous areas.

Scrumptious Offerings and Dishes on Onam

The festival of Onam brings the joy of uncountable traditional dishes on the dining table. Here are some of the finest ideas for you to try.

Celebration Across The Country

Special Places to Visit on This Festival

The celebration of Onam takes place year to be celebrated as the New Year for Malayalis. On this festival, the farmer community also comes together and celebrates for the harvest.

In accordance with the common belief, people of Kerala observe great festivity to welcome their ancient King, Mahabal and bless them. A grand festivity around every corner of Kerala takes place for ten consecutive days in which each man, woman, and child participate with great zeal.

Onam Date 2020 and Next Five Years

These were some major details about Onam and you may also like to know about the Dussehra Festival.