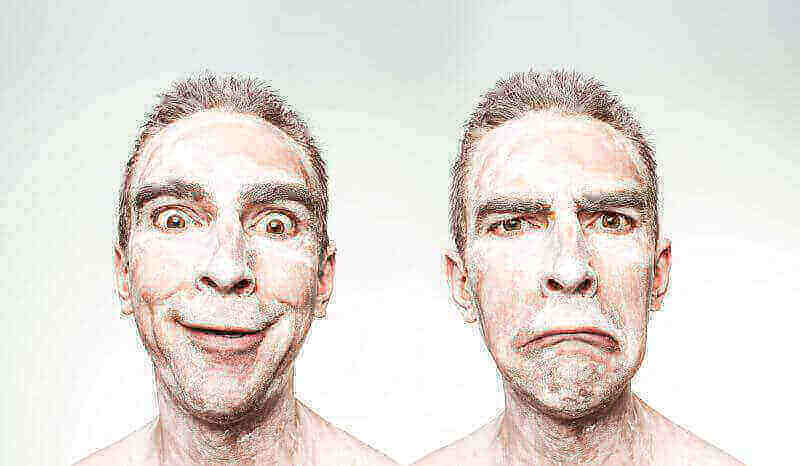 Scorpio is the eighth sign of the zodiac, and that shouldn’t be taken lightly — nor should Scorpios! Those born under this sign are dead serious in their mission to learn about others.

There’s no fluff or chatter for Scorpios, either; these folks will zero in on the essential questions, gleaning the secrets that lie within.

The Scorpio zodiac sign concerns itself with beginnings and endings and is unafraid of either. They also travel in a world that is black and white and has little use for gray.

The curiosity of Scorpios is immeasurable, which may be why they are such adept investigators. The folks with a Scorpio horoscope sign love to probe and know how to get to the bottom of things.

Scorpio born is passionate and assertive people. Moreover, Scorpio is a great leader.

Scorpio is a Water sign and lives to experience and express emotions. Although manifest their emotions differently than other water signs.

Ruled by the all-powerful and seductive Scorpion. Scorpio is perhaps the most misunderstood and mysterious sign of the zodiac. Secretive by nature, this sign brings us to shadowy and hidden places that we don’t usually have the courage to face.

There are four incarnations of Scorpio: the first is venomous; the second is the slippery,charming-yet-deadly snake; the third is the soaring eagle whose piercing gaze sharply observes the landscape (and its prey) below; and the final version is the ever-burning, all-seeing Phoenix that rises up from the ashes into eternal rebirth.

Under a Scorpio planetary transit, we may find ourselves dealing with some intense people and energy.

The Scorpio energy is-

On the flip side, negative Scorpio energy can be-

The Positive Side Of Scorpio

Ambitious and very determined to succeed, many Scorpios can be considered stubborn. Hence, competitive and usually winning, they’ll never admit they want to be the first at everything.

Also domineering, always wanting to be in control and having a passion that can’t be equaled.  Besides, natives in the sign of Scorpio can become destructive and enraged when they don’t find a way for them to express themselves.

It’s impossible for these people to ever forgive someone who has done them wrong. Furthermore, it is like revenge has been invented by one from their kind.

However, when someone is caring with them, they make sure to pay him or her twice as much in kindness. As far as their money goes, they’re conservative and know where to invest their earnings.

Good psychics and able to understand what people are thinking, they’re curious about the human mind and its power.

Because they’re curious about psychology, they will also want to study religion or the paranormal. While they don’t want to admit it. Moreover, they’re very sensitive and try as much as possible to keep their emotions hidden.

Many of them don’t know what to do about them seeing they’re so deep and intense.

Some Scorpios become alternative medicine healers, psychiatrists or great spouses. Likewise to those who really need someone.

The Negative Side Of Scorpio

The intensity of Scorpios makes them domineering, controlling and jealous.

This is present in all of them, regardless of the different aspects in their chart. In addition, they hide their emotions and make others think they’rein fact detached and distant.

When getting hurt, it seems like no one can suffer more intensely than them. Likewise, hate and vengeance is their main focus in such a situation.

This is the reason why they’re destructive when it comes to some people around them. Additionally, it can be a challenge for these natives to accept things as they are or to release themselves from the past. Therefore, they won’t focus too much on the future.

Pluto As Their Ruling Planet

Pluto rules a Scorpio, god of the underworld. Likewise, the legend goes that the primary Greek god Jupiter, Neptune, and Pluto drew straws to determine who would respectively rule the Earth, the ocean, and the underworld.

Since Pluto wasn’t discovered until the 1930s. Scorpio has Mars as a minor ruler. Mars is the god of war who is depicted as charging forth into battle.

Mars is the planet of outward activity and animal passion. It rules Aries and is exalted in Capricorn. This fiery planet is masculine in action, versus softer more receptive Venus.

When strong in the chart it can indicate a volatile temper, and also great courage. Its position indicates how your personality will assert itself, and what modes of activity will stimulate your physical energies.

Pluto is a force for change that can be destructive in its power. It rules Scorpio and exalts in Leo. In addition, it is related to will, and intense passion, and has a reputation for ruthlessness.

As god of the underworld, Pluto brings the deepest compulsions into the light. Its position indicates areas of life that must ultimately become transformed as part of the soul’s evolution.

Pluto’s energy may be subtle, but its results will hit you like a ton of bricks. This planet is about transformation, regeneration, and rebirth. Things aren’t pretty with Pluto, but they do get done.

Pluto says ‘out with the old and in with the new,’ and we’d better be ready for it. If we’re not, this planet will simply have us wallow in our misery. Pluto asks us to transcend that which we know, redeem ourselves in the process, and come out stronger as a result.

Scorpio is one of the three zodiac signs ruled by the water element. The other two water signs are Cancer and Pisces. Since Scorpio is the second water sign, it channels Cancer’s intuitive tides into a forceful stream of psychic and healing energy.

Scorpio energy excels in exploring the darker, unexamined sides of life. It gives excellent research and sleuthing skills, helping us plumb the depths and peer below the surface.

Scorpio energy helps out in our darkest hours; this sign is not afraid to go to the murky waters of the emotional and spiritual unknown.

This sign rules merging, bonding and sharing resources. Under Scorpio’s influence, we may get obsessive about a passion project or lover, even becoming jealous or insecure. Mysterious Scorpio makes us want to hide our vulnerabilities.

Scorpios work as hard as they do so they can someday sit back and feel satisfied with themselves. The Element associated with the Scorpio star sign is water.

Those born under this sign are as emotional as their waterborne brethren; it’s just that they’re not as likely to show it.

A Gemstone associated with its beauty. Defined by the sparkling color it radiates. Furthermore, since ages, it has been raising the beauty of a woman by making her a substance of admiration.

They are precious in a human being’s life and can bring many changes. Apart from beauty, gemstones have the strange ability to change the destiny of a person.

All gemstones have a relation with one planet or the other. Likewise, wearing them influence the movement of planet and that is how a gemstone brings changes. Therefore, wearing gemstones always help to drive away negative forces.

is normally associated with its beauty that is defined by the sparkling color it radiates.

They are precious in a human being’s life and can bring many changes. In addition, apart from beauty, gemstones have the strange ability to change the destiny of a person.

Scorpios are fantastic in management, solving and creating. When a Scorpio sets a goal, there is no giving up. Furthermore, Scorpios are great in solving tasks that require a scientific and thorough approach.

Besides, their ability to focus on determination makes them very capable managers. Likewise, they never mix business with friendship.

Jobs such as a scientist, physician, researcher, sailor, detective, cop, business manager and psychologist are appropriate for this powerful zodiac sign. Moreover,  Scorpio respects other people, so expects to be respected in return.

Scorpios are disciplined enough to stick to the budget. However, they are not inclined to spend much.

Money means security and a sense of control for them, which means that they are good at saving money and make decisions carefully before investing in something.

You might also like to read about The Most Aggressive Zodiac Signs to know more about them.