Holi 2020- Date and Significance Of the Festival

Holi 2020- Date and Significance Of the Festival 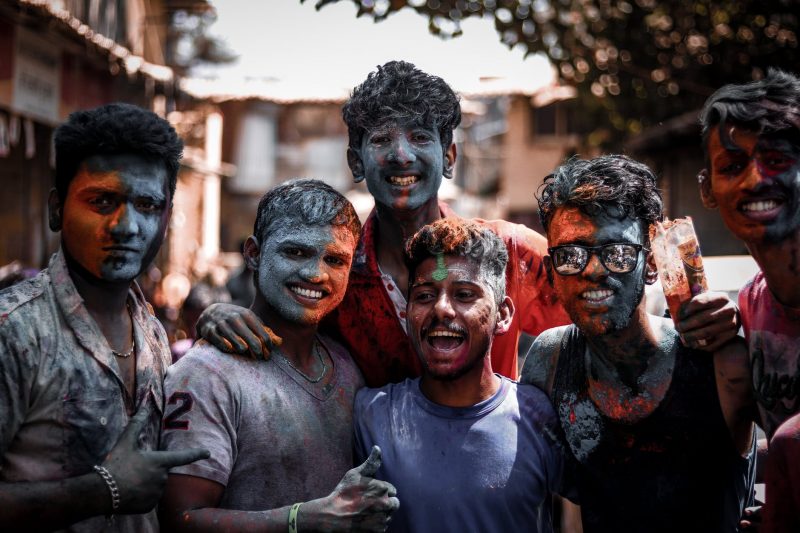 Holi, also known as the festival of colors is known to be one of the most celebrated festivals in Hindu Mythology.

May the God of colors fill the life of one and all with the color of love, joy, & bliss

Every festival has a unique allure. However, Holi is the brightest and most charismatic festival of Hindu religion and it is an annual festival that has noteworthy importance in the life of one and all.

On the day of Holi, the sky & surrounding immerse in red, pink, yellow, green, blue, and many other colors. Thereby, it is the festival which pulls people from different region and religion to come together and indulge in feelings of love & purity despite their differences.

The festival of Holi falls on the Full moon Day in the Phalgun month. Further, according to the Gregorian calendar, this festival comes at the end of the month of February or in the month of March.

The markets have plenty of colorful shops so that shopkeepers could offer onlookers everything they need for the celebration. Also, after the celebration, the streets have a coat of colors that wash off only after an amount of time.

One other significant factor about Holi is Bhang. Further, people from the northern region offer and serve Bhang and Kanji drink on the occasion of Holi and it is one of the major highlights of the festivity. Moreover, Bhang is a mixture of cannabis leaves and buds. Moreover, people make a paste out of it and mix in foodstuff and drinks.

This festival has a majority of regional differences that would receive their mention in the paragraphs below.

Holi is an ancient festival of Hindu religion. It has a unique recognition across the globe because of the socio-cultural diversity it offers and the grand celebration that takes place on the day of the festival.

Alongside India, countries like South Africa, United Kingdom, the United States, Malaysia, and Nepal also celebrate the festival of Holi with great zest.

The festival of Holi has an association of tales of legends Vishnu, Krishna, and Kama & Rati.

It is a festival with various cultural differences among Hindu regions in the Indian subcontinent. This day is a reminder to get rid of past errors and fill the hearts with love, joy, and festivity. Thereby, it is the day to indulge yourselves in colors. On this day, people forget the mistakes of others and forgive each other. Holi is also the mark of commencement of the spring season.

History behind the Celebration of Holi

The account behind the celebration of Holi has legend Vishnu and his incarnation associated with it.

In accordance with the Hindu mythological tales, the demon king Hiranyakashipu wants one and all to worship him before any God. His son, Prahalad is a true devotee of Lord Vishnu.

Prahalad refuses to worship Hiranyakashipu over Lord Vishnu. Thus, Hiranyakashipu orders his sister Holika to sit in blazing fire with Prahalad in her arms. Holika had been granted with boon which makes her immune to fire.

However, when she sits in the fire with an evil wish, God saves Prahalad and she gets burned to death because her boon is applicable only when is she alone. Since the day, people light huge bonfire near temples and offer their prayers to Holika. The very next day comes to the celebration of Holi.

Tradition and Festivity of Holi

The festivity of Holi takes place typically for two days. However, people across India prepare for this festival 20 days prior to the festival. Women from every family prepare foodstuffs like numerous varieties of papad, Chips, Dahi Vada, Gujiya, Gulab Jamun, Shakkar Para, Namak Para, and uncountable other local delectable dishes.

The celebration of Holi would always be a little extra special for everyone as it falls after extremely cold winters and before heating summers. Thus, this is a perfect time for every kind of celebration across the country. In the soothing sun of ending February or starting March, women make homemade snacks in groups.

On the first day of celebration known as Holika Dahan, people worship the bonfire. Similarly, the celebration occurs in the night. Thus, people come out of their house and offer Gujiya and Papad to the huge bonfire which is called Holika.

People prepare the huge bonfire with woods two days prior to the celebration of Holika Dahan. Moreover, The Puja of Holika Dahan takes place on a special time in accordance with the Hindu calendar. Hence, Holika Dahan is celebrated on a full moon lunar day known as Purnima Tithi.

The bonfire is set near temples and in open areas to allow a large group of people to come over and offer prayers to Gods. Consequently, every family prepares Holi special food before the day of Holika Dahan and later in the evening, they offer it to the bonfire.

The celebration of Holika Dahan from the city of Mathura, Vrindavan, Delhi, Lucknow, and Allahabad are the most popular.

The celebration of Holi brings a lot of excitement and bliss.

Children, women, and men all are filled with immense joy to celebrate this festival. On this day, families get up early in the morning and worship Lord Krishna and seek his blessings. Likewise, as the day starts, families and other people play with powder colors.

In the contemporary era, people include playing Holi with powder color as well as with water. Besides, the custom of playing with Rang and Abeer (powder color) is a must in Hindu tradition. Hence, it is often referred to as to ward off the negativity on the auspicious day of Holi.

People from nearby localities come to play Holi with friends and family. However, after playing Holi for the entire day, everyone returns to their home for cleaning the clothes and taking a bath. In addition, in the evening, everyone wears fresh new clothes and visit their relatives and friends. Also, they serve sweets and exchange gifts.

Delectable Offerings and Dishes on Holi

On Holi, people especially visit each other’s place to taste the delectable foodstuff cooked on the occasion. Furthermore, women of the families begin preparing the snacks for Holi 10-15 days prior to the actual celebration. Thereby, here is the list of eatables that are a major attraction on Holi.

Celebration of across the Country

The celebration of Holi has a wide range of variety. People from different regions, celebrate it in different traditional ways. However, there are some majorly popular customs which are as follows-

Celebration in Mathura and Vrindavan

In Hindu mythological tales, Vrindavan is the place where Lord Krishna spends his childhood. Besides, the festival of Holi has a significant belief of love and joy for the people of Vrindavan and Mathura.

It is a week-long celebration in Vrindavan’s Banke Bihari temple on the occasion of Holi. Moreover, the celebration commences with throwing flowers and it is known as the “Phoolon Wali Holi”. Furthermore, it falls two-three days before the main celebration.

The festivity commences on the next day of the main celebration of Holi. Thus, on the main day, people throw colors on each other and celebrate with great zeal.

The celebration later moves to Mathura at around 3-4 p.m. in the noon and concludes the next morning.

Festival’s celebration in the form of Lathmar Holi takes place in Barsana and Nandgaon.

Here, on this day, women beat their men with thick sticks. Moreover, the occasion occurs a week before the main celebration all around the country.

In Allahabad, the festival takes place for two days. On the first day, the general public celebrates with colors and on the second day, the Vyapari Mandal (merchandisers) plays Holi on the streets of Allahabad.

Thereby, the ripped clothes and colors on the streets on the next day are proof of their immense fervor for celebrating Holi.

Special Places to Visit on Holi

People across the country pray for health and prosperity for their family. But, this festival falls at the time when fields incompletely blossom. Hence, on this day, farmers across India pray for a good harvest so that they offer enough good grains in the market.

Holi 2020 Date and Next Five Years

These were a few details about the festival of colors and you may also like to know about Astro Survey on Holi.