A Huge Asteroid Swinging by Earth on Wednesday: Astrological Significance 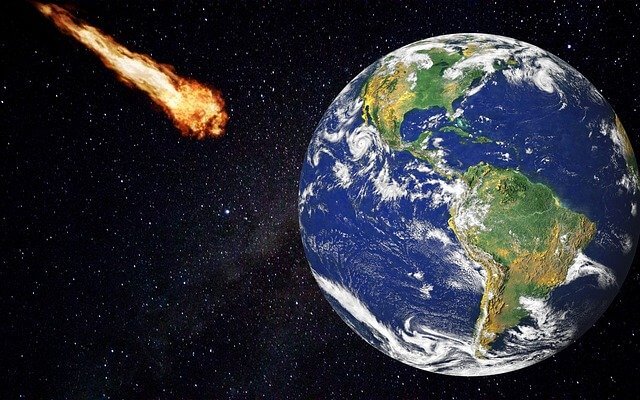 Lately, there has been panic regarding the upcoming Scientific event. There was much news claiming that a huge asteroid is about to hit the earth. However, reality has something different to offer. There is an asteroid moving towards earth. Nevertheless, it will lot hit earth by any chance. As mentioned by the National Aeronautics and Space Administration (NASA), the asteroid will pass at a distance of 6.2 million kilometers from our planet.

Thus, don’t let the hyped-up headlines in news fool you. The asteroid will fly by our planet without causing any kind of harm.

Asteroid Passing the Earth- Deep Insight of the Event

NASA has given the asteroid the name 1998 OR2. Further, the agency stated that the asteroid will zoom within 6.2 million kilometers or 3.9 million miles of earth. The event will take place on the morning of Wednesday, April 29, 2020. However, it still is a close shave. But in the subject of the visible universe which is 90 billion light-years wide, the chances of the Asteroid hitting earth less than zero. Scientists are expecting it to be at 1.8 to 4.1 kilometers wide.

Certainly, at its closest position, it will roughly 2.4 kilometers Asteroid 1988 OR2 will remain 16 times farther away than the Moon.

The natural satellite of Earth, Moon orbits it a standard distance of about 3,85,000 kilometers. As a result, there are no chances for 1988 OR2 to make any contact with our planet. Additionally, NASA and its post on Facebook stated that the Asteroid poses no threat and the scientist can still learn a lot by studying it.

Alongside the Scientific value and research, all the events that take place around the earth have great Astrological implications too. There are many ways astrological that this event will impact our lives.

Astrological Significance Behind it

Any occasion that places on or around earth either celestial or scientific has an association with Sun, Mars, Jupiter, and Saturn. Sun represents the soul. It is the source of life. Besides, the other three outer planets govern other respective areas. They create all kinds of mundane effects.

The crossover of Asteroid 1988 OR2 will be a lengthy event. It may not hit our planet on 29th April 2020. However, it will not discontinue impacting the earth. This year, 3 outer planets, Mars, Jupiter, and Saturn will become in the Retrograde position. On 14th May, Jupiter is becoming retrograde. Further, on 9th September Mars, and on 28th September Saturn will become in Retrograde position. As a result, the closure of the rock will begin to share a narrow distance with our planet.

Additionally, Jupiter will transit in Sagittarius on 30th June along with Ketu. In Vedic Astrology, Ketu is a Jeeva planet. It is a giver. However, it represents the separation and abandonment of the material realm. Therefore, the conjunction of Ketu and Jupiter may lead to a huge disaster on earth. As a result, the part of the Western Hemisphere like France, Italy, the US, Canada will have to suffer if the rock brings any disaster. The major reason behind the disaster would be it going close to the equator to Cancer of Capricorn.

The red-colored planets, outer planets signify energies of all kinds. However, when these planets are in Retrograde position or malefic position, they can bring enormous hazardous consequences. Thus it can be a cause of Asteroid hitting the earth, a pandemic like Coronavirus, and so on.

Also, you may like reading about Evening Star Venus to Shine Brightest Tonight: Astrological Significance