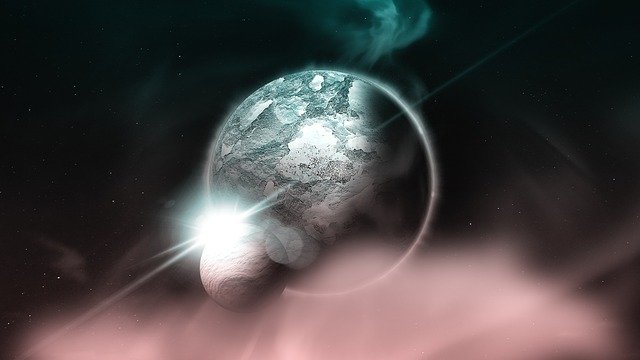 Venus is the second planet from the Sun. Thus, it shines brightly. Venus receives its name after the Roman goddess of beauty and love. Therefore, in astrology, it is the planet of grace, glamour, and love. It is also known as the evening star. Venus can cast shadows and is rarely visible to with the unaided eye.

Tonight on 28th April 2020, Tuesday it will be virtually impossible to miss the evening star.

As this week Venus will acquire its brightest form of the year. However, prior to reaching the brightest form, it will make a nearby position to the crescent moon. Therefore, it will not be possible to miss this shimmering beauty to witness in the sky.

When You Can Spot the Evening Star

Today, the timing of the conjunction takes place at 8:53 pm (IST). Thus, you will be able to witness this natural phenomenon after the sunset above the southwestern horizon. In point of fact, it is nearly impossible to see any celestial object in the daytime with the naked eye. Planets like Venus are too bright to appear clearly in daylight. On an interesting note, the conjunction will occur during the daytime.

However, it will be ideal to watch the star after the sunset. On Tuesday, Venus at its brightest will shine at a magnitude of -4.7.

As Venus is the second planet from the Sun, it is the second brightest star of the sky. It is second only to the Moon and today, Venus will swing close by the Moon. On Tuesday, 28th April 2020, it will shine approximately nine times brighter than Jupiter. Also, it will shine brighter over twenty times than Sirius which is the brightest star of the night sky of the earth.

Along with its magnificent position in Solar System, Venus has a great significance in Astrology. It is the planet of beauty, love, comfort, pleasure, romance, wealth, finance, and happiness. Therefore, with its movement, it draws enormous effects on our life.

The moon will be approximately 6 degrees south of Venus in the constellation of Taurus. Therefore, you can spot Venus in the horns of Taurus Bull.

According to Panchang, Venus will be closer to the moon. Since it will remain in the same Rashi or Sign which is Taurus, the impact will be similar to what Venus has been giving since the time is was transited into Taurus on 28th March. As Venus is the ruling planet of Taurus, it will bring a desire to attain luxuries and comfort around the world. An increase in the inflow of income will be a prime motive at this time.

After this week, it will begin to fade again and will disappear in the broad glare of Sun at the end month of May. Further, the planet will appear again in the early days of the month of June in the form of “Morning Star”.

Further, you may like reading about May 2020 Numerology Prediction for each Birthdate