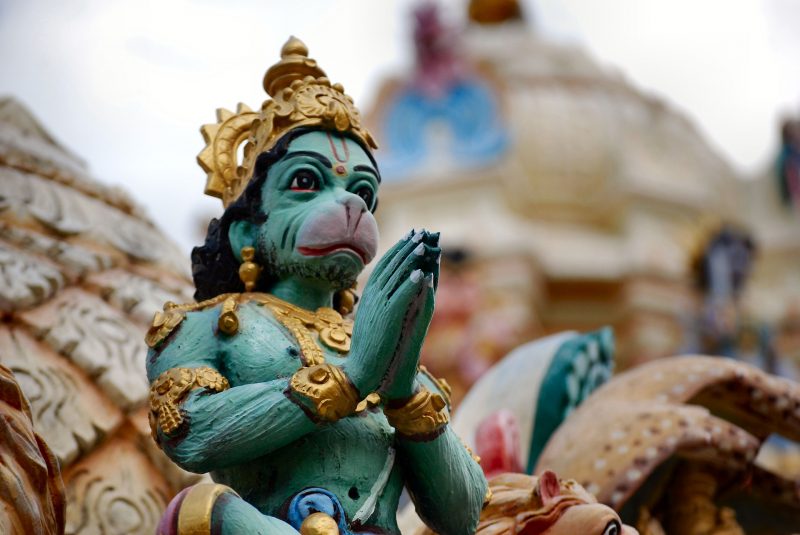 Hanuman Jayanti 2021 falls on the 27 April 2021 this year. Hanuman Ji is a Hindu God who we also call Bajrangbali in Indian culture. He is the lord with abundant blessings, has immense power, and is said to put end to all miseries. Lord Bajrangbalis’ other names are Sankatmochan, Pawanputra, and Maruti Nandan. He’s a son of the god of wind, Pawan. According to Hindu mythology, this God can fly and change his size, can lift mountains, and can also keep the evils away.

Every year we celebrate Hanuman Jayanti to commemorate the good lord Hanuman on the Chaitra month. There are many tales that give us an overview of this mighty lord. He’s also known to be a true devotee of Lord Rama, from the tales of Ramayana. Moreover, many scriptures witness his mention like Mahabharata and Puranas.

This festival is a celebration all over India to rejoice the birth of Hanuman. A day that signifies courage and passion towards the lord. He teaches us to tackle situations with ease. Moreover, people serve their gratitude by performing rituals on this one-day celebration. Also, It helps to instill one with positive thoughts and energies. This day is also important because it celebrates loyalty and devotion.

The birthday of Lord Hanuman is generally on a full moon day that is Chaitra Purnima. According to the best Astrologers of India, the basic way of honoring is through idol worship in most parts of the country.

Celebration of Hanuman Jayanti 2021 Across the Country

Devotees in all parts of the nation actively take part in this festival.

Sankatmochan is the son of Kesari and Anjana Devi. He was loved y his parents and was famous for his huge appetite. Legends say that one day he was so hungry that he mistook the sun as fruit and swallowed it. Lord Surya was enraged by the audacity of the child. Further, Lord Indra slapped him for being mischievous. Varun the god of wind and air after seeing this sucked all the air from earth, thus suffocating the world. All the Gods tried convincing God Varun and finally bestowed Hanuman with special powers.

Another interesting tale is when this invincible god went to Lanka to face the evil Ravana. Ravana had captured Goddess Sita the wife of Lord Rama. Hanuman came to rescue Sita but she refused to come along with him. She wanted her husband to come to save her. But before leaving he decided to teach the malicious Ravna a lesson. He purposefully got captured by the security guards. Ravan summoned the guard to set his tail on fire. Lord Hanuman pretended to be in pain and with his tail he set the whole land into a blazing inferno.

Date and Muhurat of Hanuman Jayanti 2021

Also, you may like to read: Akshaya Tritiya 2021| Akha Teej- Date and Muhurat