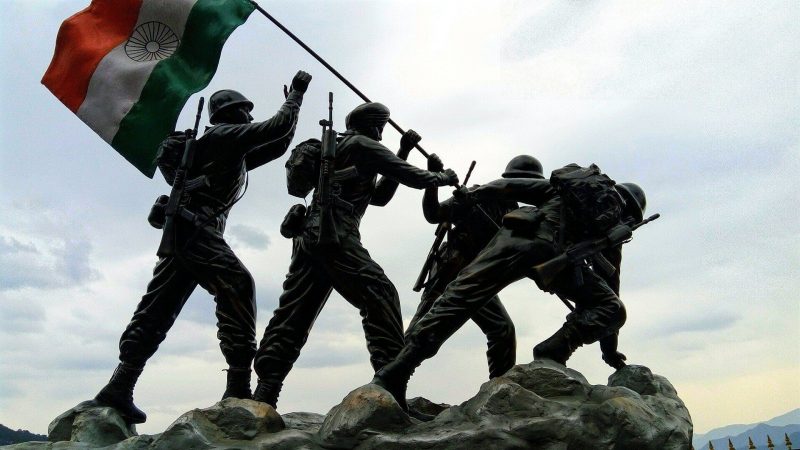 The Indian Army is the backbone of our country, without which we cannot imagine our life. It is these heroes that keep the tricolor flying high. On the 72nd Indian Army Day that is the 15th of January, we owe our respect to the national heroes. The nationwide security completely depends upon them, our sane sleep and our freedom is all a blessing by them.

Moreover, to honor the soldier, we commemorate this day in a special way. The Indian army guards stand protecting us from any potential foreign invasion or natural calamity. In addition, these brave soldiers sacrifice their lives for us readily.

India became Independent on 15th August 1947 from British slavery. The country was facing a lot of problems during that period of time. When, Refugees from Pakistan and riots broke down the nation all over, the Indian Army came to rescue. Before Independence, the army was in hands of  British General Sir Francis Butcher.

However, after freedom, an Indian was needed to lead the army. So Field Marshal K. M. Cariappa was appointed as the first Indian Army Chief of India. Therefore the transfer of power to an Indian citizen is now we call National Army Day.

Significance of this day

Every year India celebrates this special day, on 15th January at the Army Commands headquarters. A parade will take place at Cariappa Parade Ground of Delhi Cantonment to honor our heroes. The same parade also takes part in the annual Republic Day Parade. The soldiers are awarded medals for their exceptional service to the nation. Furthermore, all army headquarters across the nation celebrate this day with a lot of joy and respect. The nationals also pay their tribute at Amar Jawan Jyoti at the India gate.

Indian Army, unlike other government bodies in India, does not have a reservation system. Furthermore, there are only three cavalry regiments in the world and India has one. People from all around the globe are familiar with the fact that Indian army men are the bravest and strongest.

We owe our gratitude towards this regiment that believes in “service before self.” A battalion that is always there no matter how bad the situation is we can always count on them. Also its a tribute to our freedom fighters who were responsible for an Independent India.

Also, you may like to read: National Farmers Day| Kisan Divas- A Clear View of Farmer’s Life