Make your every day, a lucky day with these colors 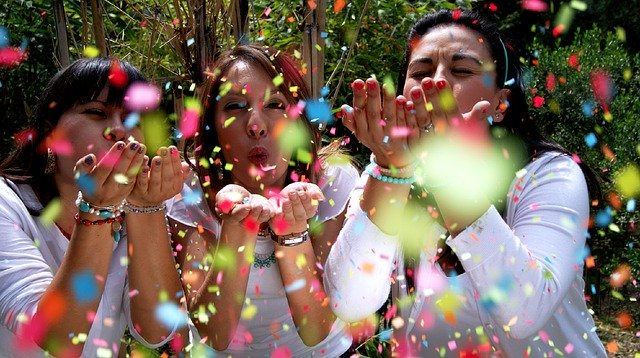 Colors have a deep and mysterious language. Nature is full of colors that directly or indirectly influence our soul. Each color has its own significance and is associated with different emotions. Colors are the smiles of nature. They are not only pleasant to eyes but can also bring good luck and fortune. In Hinduism, every day of the week is associated with God and hence, has it’s own significance. Each day is associated with some colors as well which hold the power to make one felicitous. Wearing these colors on different days of the week are believed to make one successful and turn the wheel of fortune in one’s favour.

It can miraculously work and can even turn one’s bad day to the best one. Moreover, the colours are the voice of nature and the blessings of God. If you also work hard continuously but are unable to achieve the fruit of your hard work, then believe in this game of colours. It can change your destiny for the better, shower you with abundant blessings and make your life colourful.

The first day of the week, Monday is said to be the day of Lord Shiva. Also, it is associated with the moon and hence is called the day of the moon or Chandravar. So, on this weekday one should prefer wearing cool and calm colours. The colours like white, pink, light yellow and light blue are considered to be quite lucky if worn on this weekday. Also, they can bless one abundantly removing all the obstacles from one’s life.

The second day of the week, Tuesday is associated with planet Mangla. Not just of Mangal Dev Ji, this auspicious weekday is the day of Lord Hanumana as well. It is believed to attract good luck and charm if colours like light orange, orange, red or brown are worn on this day. These colours enhance one’s mood and prove to be pretty lucky.

This is the day of lord of wisdom and knowledge i.e. Lord Ganesha. It is believed that if one offers grass and Sindoor to Lord Ganesha, he or she gets immensely blessed. Hence, wearing shades of green or orange colour on Wednesday is considered highly auspicious. Moreover, these coloured clothes are believed to bring good luck and prosperity.

Friday is considered the day of Goddess Durga, a divine power who blesses the world. Hence, wearing colours such as red, magenta, pink, yellow, green is considered auspicious. On this weekday, wearing multicoloured and printed clothes are believed to be quite lucky as well.

As the name signifies, this is the day of Lord Surya. Worshipping and offering holy water to the sun on this day blesses one abundantly in various ways. As the color of the sun is red, hence wearing colors like red, pink, orange, yellow are considered good and blesses one with luck and fortune.

Also, you may like to read Why is Peepal tree worshipped? How can it be beneficial for you?

Vastu Tips for Living Room- Give Your Home a Touch of Fortune
Views: 2235

Rakshabandhan Special: What type of sister you have?
Views: 1917

Trust Issues- Zodiac Signs That Have a Hard Time in relationship Due to It
Views: 3928