Why is Peepal tree worshipped? How can it beneficial for you? 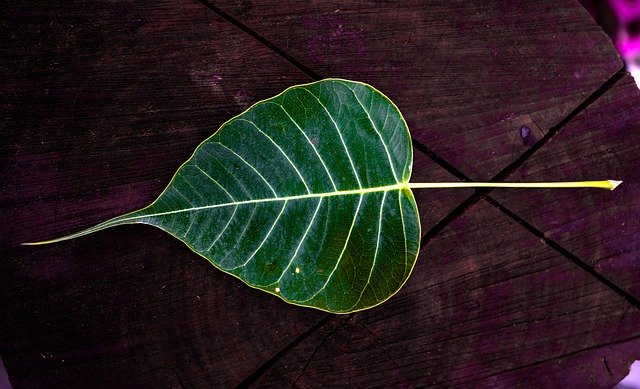 Hinduism is the world’s oldest religion. In Hinduism, rituals and deities are meant to inculcate the feelings of devotion and religiousness. Every creature, in this religion, is considered equal to God. It also emphasizes on the worship of trees. The ancient Hindu scriptures mention the trees as a deity, which indicates the worshiping tree is an age-old practice. Several plants have special importance and are considered sacred. One such highly worshiped tree is the Peepal tree.

Known as Ashvattha in Sanskrit, this tree is believed to be the first known depicted tree. It is believed to be a holy deity representing the three supreme Gods- Vishnu, Shiva, and Brahma. It has a religious significance for many centuries and is being worshipped. You might have seen the red sacred threads tied around the peepal tree. This article enlightens the significance and uses of this holy tree.

Hence, today also Hindus do meditative practices pacing around the sacred peepal as a mark of worship and consider it as the form of Lord Vishnu. Not only in Hinduism, the Peepal tree, known as the Bodhi tree, is significant in Buddhism as well. Gautam Buddha attained enlightenment while meditating under the peepal tree.

The branches of the peepal tree are thick and wide because it is believed that it is the home of both good and evil powers. Lord Shani and Lord Hari used to reside there while Lord Vishnu is the origin of this holy tree. Lord Narayana, with his better half, Goddess Lakshmi is also believed to reside in the tree from Friday evening to Saturday morning.

During that time, if anyone worships Lord Narayana with pure heart, his wishes are truly heard and his life becomes free from obstacles. The peepal tree has religious significance in Hinduism. Its significance is associated with Goddess Durga, Lord Narayana, and Lord Shani. This is the reason why this tree is being worshiped for centuries.

Peepal tree: the best solution to all problems

This tree is immortal and represents the cycle of birth and death as it never sheds all leaves at once. There is also a mythological tale associated with it. Savitri’s husband, Satyavan died in the shade of peepal tree. She worshipped Lord Yama, the lord of death by tying a sacred thread around this holy tree. This compelled Lord Yama to return her husband’s life. Also, it is believed that by worshiping a peepal tree, one can please his ancestors. If their religious rites are performed under this holy tree, they can attain moksha.

You simply need to light a lamp and worship Lord Narayana. Be it an evil eye or black magic, worshiping Peepal tree removes all the evils from one’s life. On the Saturday morning, before sunrise, worshiping the peepal tree and lighting a lamp can remove all the hurdles of your life. It is also believed that if one wants to be blessed by all the nine planets then it is possible merely by worshiping this holy tree. It is also mentioned in the religious texts that on planting this holy tree and worshiping it daily one can be blessed with the divine powers of all the nine planets because as the peepal tree grows, the wealth and prosperity are also believed to flourish.

The peepal tree is believed to be the paradise of God. Worshiping this tree rewards one with wealth and fame. Watering, worshiping, and circling around the people tree not only gives name and fame but also brings happiness around.

A peepal tree is considered a boon scientifically as well. This holy tree not only releases oxygen during the day time but at night as well. Hence, it is believed to be a great source of oxygen. It purifies it’s surroundings, killing the harmful bacteria. It has many antibacterial properties and is hence used to cure various diseases.

This tree with divine powers holds a special place in Ayurveda. The roots of this tree are believed to have antioxidants in tremendous quantity. Hence, It has an anti-aging property. Also, it is believed to eradicate all the dental problems if used regularly in a correct manner. Apart from eradicating dental problems, it also makes one’s teeth strong and shiny. It is significant in curing asthma, cracked heals, burns, and wounds too. This holy tree also has the power to protect one from viral cold infections as well.

Also, you may like to read Planet Sun in the first house- How it affects you?

Vastu Tips for Living Room- Give Your Home a Touch of Fortune
Views: 1780

Rakshabandhan Special: What type of sister you have?
Views: 1210

Trust Issues- Zodiac Signs That Have a Hard Time in relationship Due to It
Views: 2678