The search for spirituality in the next decade: A trend 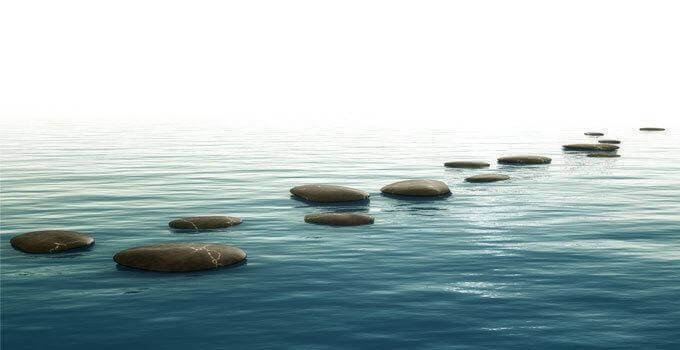 The second half of the 20th century was marked by events that gave rise to profound changes. May 1968 (68) in Paris and the claim to educators without moral authority to impose values ​​to live when they had made World War II possible. The message spread throughout the countries of the West with the slogan of making love and not war and committing to creating a peaceful society. On the other hand, the cosmological world seems to increasingly find its role. Every day there are more and more people who care about the influence of Mercury retrograde on themselves for example.

The sexual revolution also marked rebellion against a moral that was hypocritical. The Vietnam War mobilized crowds of young people demanding peace. In the 60s another spiritual movement emerged: The New Age.

An expression that means two things: the beginning of the Aquarian era, that symbolizes world peace, well-being and harmony, and a change of historical era. According to the theory of historian Arnold Toynbee, the physicist Fritjof Capra says at the point of mutation that there are clear signs of New Age in all dimensions of life: health, spirituality, science, politics, economics, psychology. New paradigms are emerging to explain the human being and his culture. For example, Westerners now tend to observe the cosmological effects of each Chinese new year celebrated.

Around the same time, the German psychologist Karlfried Graf Dürckheim says “what he was experiencing, in his book Meditate, why and how”. “The internal restlessness that takes hold a man when his adaptation to the world has become so total that it takes being essential to a dead-end”.

The historical problem … when whole life polarises over the domain of rational knowledge, technique, and organization. An essential internal unease, incomprehensible to reason, arises in the core of man, in his creative individuality.” We must find ways out of the conflicts that create circumstances that seem to control our lives. Many men and women rebel against such an unfortunate perspective.

Father Tony de Mello, a Jesuit priest, wrote a story that explains why interior searches take distance from religious institutions: “The mystic returns from the desert after living the experience of God. The disciples ask him to tell them how it went.

He insists that they go to the desert and experience it for themselves. They ask you again to tell you. He, with imprecise words, does so in the hope of motivating them to go to the desert. They take notes. Then with the notes, they write a book. They study it with dedication. They even go out to teach it to foreign countries. But none went to the desert.”

The only reason that accepts the belief of the religious institution, the will that obeys the precepts that regulate the behavior. However, spirituality does not seem to satisfy that internal anguish of those who have gone out to look for something deeper that helps to fill the void, to make sense, to allow ways of life that are more human. You could not continue to accept that, as a very old prayer says, this world is a valley of tears. We live here, the banished children of Eve dedicated to moaning and crying.

The writings of three men attracted attention: Father William Johnston, Dom Alfred Graham, and Thomas Merton, who emphasized the need to reintroduce contemplative prayer and silence in the Christian life and discussed how the techniques and perspectives of Zen Buddhism could help.

The three insists on the excess of dogma that suggests, there could be lessons to be learned from Buddhism. The lessons, “which does not seek to explain but to pay attention, to become awake. In other words, developing a certain type of consciousness that is above and at the bottom of the disappointment of verbal formulas, ”says Thomas Merton in Zen and the Birds Desire.

The mentality of Todays Society

We live in a society with serious and complex problems. But in his analysis, we miss the dynamic hidden in them. It was believed that the solutions were political and economic. No. You need to consider all human relationships involved in existence. You have to live with problems about the meaning of life, values, subjectivity, love, and play.

It is necessary to emphasize the quality of people. It is an essential factor for the successful functioning of any type of social system or organization. The various analyzes including such forecasts like predictions for 2020 reveal to us the material roots of many subjects that had to do with human life so that they were not abstract or deceiving. However, they never reached the open spaces of humanity thirsty for freedom and self-realization.

All that concern for Being before Having (Erich Fromm) continues to worry many women and men. Making mistakes is not a consequence of being human, but of not being true. We are made in the image and likeness of the Divine. The model is perfect. But the potential of humanity we posses is not been adequately cultivated. Dürckheim says “we are the only living species that will never become what it is called to be if it does not cultivate itself decisively

We live in a society with serious and complex problems. But in his analysis, we miss the dynamic hidden in them. It was believed that the solutions were political and economic

Being human is not an apology for our mistakes. Everything happens by “confusing our soul and our inner self with the body. The old ties that chains with each other, that reassured us of the future and protected us from the unknown and the void of tomorrow and death, have been torn apart, ”writes Robert Redeker in his book Egobody.

We look forward to other dimensions of existence in which the deepest concerns may find some light, those that belong to the Spirit. It is about the “inner life”, whose cultivation incorporates into education, which cannot be reduced to reading, mathematics or science. We cannot define ourselves by what we do, but by what we are. Hence the learning of self-knowledge and self-cultivation must be a habit in everyday life.

That dimension, spirituality, deeply linked to the cultivation of authentic humanity. In Christianity, Saint Irenaeus of Lyon already said centuries ago: “The glory of God is that man should live.” The Second Vatican Council made it clear that “salvation” did not occur at the end of life, it began with birth: it was the process of living life with quality.

What Need To Be Done?

Saying spirituality is the same as saying inner life. It is an awakening to himself. In the inner life lies the potential of humanity that comes from the divine breath. It gives us existence and consciousness to live our life. Thanks to him, a person like Nelson Mandela got out of jail, after 27 years. He said that he was still the “captain of his soul“: without hatred or desire for revenge.

The soul, that “soft place, source of love and human qualities, warm place, quiet place full of resources. It represents strength, wisdom, compassion, forgiveness, tenderness, joy, humor, generosity. That place is the great mystery that lies at the core of our being.

Yes, as human beings we are at the same time body, psyche, and spirit. But it’s not a matter of discussion. We need to strengthen our human condition, just as the body when it is going to be subjected to the great effort needs to be trained through exercise. The soul must learn to flow in the midst of circumstances and obstacles to achieve freedom and autonomy from them.

I hope you liked the article. Also, you may like to read about: Hidden Mystery Behind The Number “786”