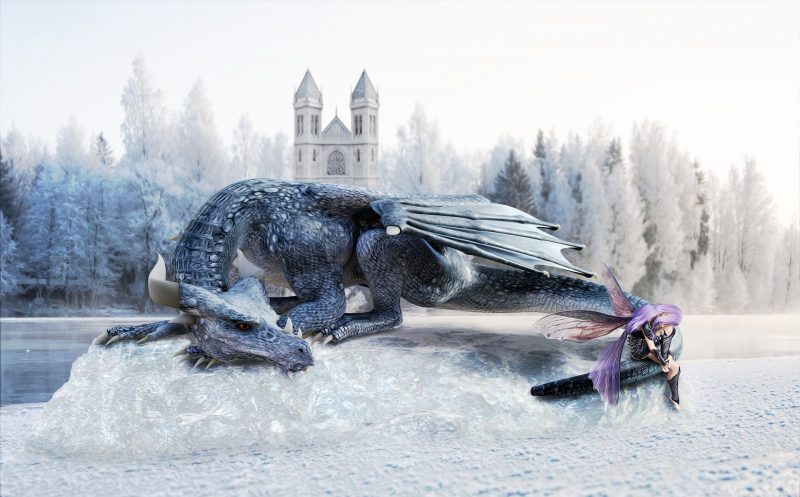 There have been ample bewildering stories since the existence of human beings about the mythical beasts. We have to agree that any of the folklore, mythological tales, and legendary tale will be incomplete without the discussion of mythical creatures. Some of those creatures were cruel and abhorrent coming out of darkness whereas some were the symbol of goodness and sacredness.

In the olden eras, these creatures embrace the symbol of pride and aggression. Talking of the same, the sense of trepidation in people rest alive in their presence.

Even after the ages of their extinction, people belonging to different ancient places claim their existence. Discussing some of the most dangerous and shocking creatures, we are here with the list of deadliest mythical beasts.

Dragons are one of the most popular mythical beasts that people never wish to encounter.

They are also a symbol of opportune powers, mystical appearances, and inevitability. Also, These creatures are the embodiment of supremacy and are as aggressive as auspicious. As a matter of fact, the Mythical dragons have their origin from Europe, Africa, East Asia, South Asia, and Western Asia. However, in the modern era, we only encounter them on the screens in television series and movies.

As for recent times, HBO’s Game of Thrones is the best example of the representation of Dragons.

Looking under the hood of the ancient time, anyone would find the astounding and unbelievable tales about these mythical creatures.

Valkyries are also called the “Chooser of the Slain” and are believed to be the servants of Odin and Freyja. They used to choose who may die in the battle. Being an auspicious servant of old gods, these mythological creatures have numerous mentions in fantasy fiction films like Thor Ragnarok in the form of fearless warriors.

Many creatures above or beneath, the vampires will always remain the most classy and classic mythical beasts.

Vampires are the kind of mythical animals or beast that we would ever wish to have in existence. Nonetheless, they are one of those monsters from the folklore to modern fiction that has uncountable mentions.

We all know, these creatures are said to be causing the mischievous death of people by feeding on their blood. These are some of the most popular ancient creatures in the world. However, their origin lays the foundation in Ancient Greece.

Acheri is the spirit of a little girl that people believe still strays here and there. Also, people refer to this creature as the hill fairy.

The depiction of this creature was only possible in the dark with shiny eyes. People from the ancient hill stations and such places often claim her existence and distortion in their lives. As a matter of fact, she is often after the children because she was believed to be either murdered or abused and thrown to die while she was young. Therefore, her terror flows, especially for youngsters.

One of the most horrible looking mythical beasts, the Rougarou is a werewolf.

The origin of these creatures is linked to the European notion of the werewolf from the Laurentian French communities. Moreover, this creature has its mention and on-screen representation in the Harry Potter franchise “Harry Potter and Prisoner of Azkaban”.

Centaurs are the ancient Greece creatures that people believe to be extremely loyal and brave. Furthermore, these mythical creatures from the Greece origin, embrace the half body a horse on the bottom and half of the human.

They have the ability to speak and think like humans. However, they possess the spirit of a warrior and perform beyond human affairs. There have been several mentions about the centaurs in many fictions like The Chronicles of Narnia: The Lion, the Witch and the Wardrobe, Harry Potter and the Order of Phoenix.

The Cyclopes are giant one-eyed monsters that are usually mentioned in modern fiction as well.

These creatures are believed to be one of the scariest looking from the folklore. The origin of these creatures is said to be from ancient Greek. As a matter of fact, they were the ones to live with no fear of God and were blinded by the odysseys.

Mermaid reflects beauty, piousness, and devotion. These alluring creatures are a dream of so many to see once. However, we can only see a depiction of Mermaids in movies like Pirates of the Caribbean: On Stranger Tides.

The habitat ocean creatures who are also one of the purest, the mermaids are believed to be existing for a long time period. The merman was said to be the male kind of these creatures and familiar to the mermaids.

Unicorn is the symbol of both purity and goodness; the unicorns have its origin from Asia. It is a legendary creature from ancient times, without the mention of unicorns the folktales are incomplete. The Holy Bible also has the mention of a unicorn.

A Greek mythical creature with the head of a human, the Sphinx has the flanks of a lion and the wings of a bird. As a matter of fact, in ancient texts, these creatures are extremely energetic. Similar to the existence of Pyramids, the Sphinx is a mystical being for the world.

The deadly version of a sphinx appears in the myth of Oedipus. Also, the sphinx depiction majorly has an association with the architectural structures like royal tombs or religious temples.

Well, post-reading this, you may like to know which Mythological Creature are you. Then, click here to find out.

Connect here with the best Astrologers of India for Astrology Prediction.

Remedies to Please 9 Planets To Get Rid of Problems
Views: 25492