Astrologer Predicted That I Will Marry Akshay: Twinkle Khanna 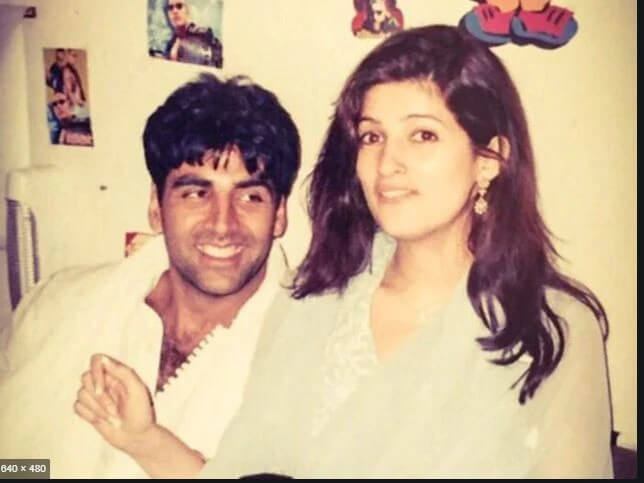 Twinkle Khanna, in a recent interview with Jackie Shroff, spilt not some but many beans about her encounter with astrologers and how they have correctly predicted her future not once but twice.

In a conversation with Jackie Shroff for Tweak India, Twinkle said that though she never believed in astrology, but her late father, actor Rajesh Khanna, used to. She said, that her father was friends with an astrologer who did not only predict that she would get married to Akshay Kumar but also predicted that she would become a writer.

The prediction of the astrologer came true for her when she got married to Akshay Kumar in 2001. Interestingly, the was not the only incident when astrology blew Twinkle’s mind with its accuracy. In another encounter, the same astrologer had predicted that she would become a writer, which years later she did.

“After many years (Rajesh) came with that astrologer home for coffee. And though I don’t really ask people these things, I said, ‘How about my business?’ And he said, ‘You will become a writer’. And I hadn’t written anything for 20 years. I said, ‘Tell me about my sajawat ka business, what are you pakaoing me, writer banega rubbish’. And now…” she added.

Till date, Twinkle has authored three books namely, Mrs Funnybones, The Legend of Lakshmi Prasad and Pyjamas are Forgiving.

But how did this astrology conversation come up at the talk show? Happens, Jackie Shroff was talking to Twinkle Khanna about his father, Kakubhai Shroff, being an astrologer. Shroff recalled that how his father’s prediction about his brother came true.

Papa ne, “Bhai ko bola tha, ‘aaj kharab din hai, mat jaana bahar. He used to work at Century Mills. He was a mill hand. He said ‘Don’t go to your mill today.’ And he didn’t go. But he went down to save somebody in the sea, and drowned, without knowing how to swim,” he said.

He further added, “When he said, it’s a bad day, my brother died. He told me that I’d become an actor, I have become an actor. He was close to Natubhai Ambani and Kakilaben Ambani and had told her, ‘your husband will be a big man one day’. Dhirubhai used to say, “gandho thayo che (he has gone mad).”

Jackie added that people make fun of Astrology but he has personally seen astrologers predictions coming true for not only him but others as well.

Famous Instagram influencer talks to her favourite astrologer Sun transit in Cancer 2022: Impact on the zodiac signs Astrologer shares simple exercise to help you sleep early & better Things to know if having sex with an Aries

Things to know if having sex with an Aries
Views: 16058

Confused b/w job & business? You must watch this
Views: 3092