Who will win the FIFA World Cup 2022? Astrologers predict 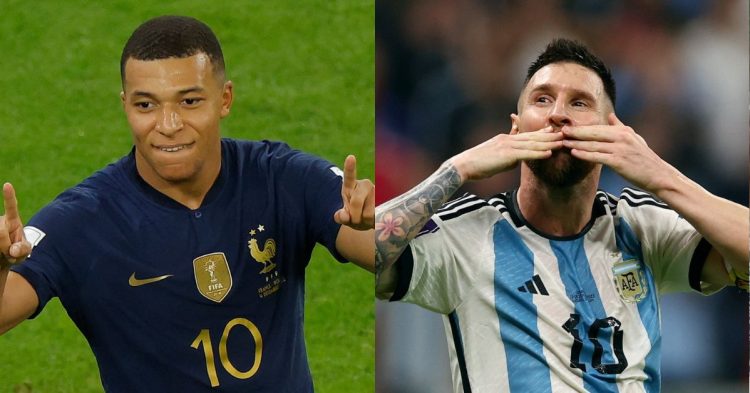 We all have this thought in our heads— Who will win the FIFA world cup 2022? Will it be France, or it will be Argentina? And with so much thought on the technical sets, performance, etc., our astrologers have their point of view as well. Here is what they have to say about the Qatar 2022 football world cup.

France and Argentina will fight the battle of the finals. France has kept their winning plans alive by beating Morocco with a score of 2-0 in the semi. Argentina, on the other hand, has been exceptionally great as they make a commendable win over Croatia with a score of 3-0.

For the first time in FIFA world cup history, France and Argentina will be opposite each other to fight for the great title. They both had been winners, and both know the game better than anybody else; France in 1998 & 2018 and Argentina in 1978 & 1986.

So, if you want to know who will win the title of FIFA world cup 2022 and become the next champion, read more.

The fate of the teams is so much in the hands of two great players: Lionell Messi of the Argentina team and Hugo Lloris of the France team.

As per the data, Lloris has been an exceptionally great player making some great winnings for France for a while. Not only is he experienced but also played a crucial role in grabbing winning the world cup for France in the past.

Astrologically, Hugo Lloris is a Gemini ascendant with planet Mercury as its ruling planet. Moreover, if we look at the birth chart of Hugo Lloris, Libra is its Moon sign. Currently, the player is under the Shani Mahadasha with Mercury Anatardasha period. Both planets have played a major role in his journey in the games before and shall do the same during the finals of the Qatar world cup 2022.

Rahu in the Pisces zodiac sign during the period shall act as a blessing! Yes, according to our astrologers, Rahu is strong in his birth chart, and it will give him a strong stand in the finals to be held on December 18, 2022. He would be a tough giver, and beating him might become hard for the Argentina team!

Also Read: Know the impacts of the Sun and Saturn conjunction in different houses

We all know Messi, and many of us pray to Messi for his game, swag, and astonishing performance he gives. No player has been as outstanding as Messi, and, surely like his name, his stars are strong enough to beat the French team in the 2022 FIFA world cup.

Messi is a Capricorn ascendant, having his ruling planet as Saturn. His Moon sign is Taurus, which makes him Bull-minded and strong head personality. With the grace of planet Saturn on him, the player will not settle on his luck and name for the big world cup game. He is sure to show his best foot forward.

Moreover, the current Dasha of Jupiter in his horoscope with the Antardasha of Moon will be a blessing. Because Jupiter is strong in the Kendra and the Venus and Moon conjunction in the Kundli shall make him a hard competition in the finals!

Also Read: Rudraksha for women: Myths, facts and rules for wearing it

According to astrologers, the difference in the game will come because of the planet Rahu in the horoscope of both players. In Messi and Lloris Kundli, Rahu is in the Pisces zodiac sign. Jupiter is the ruling planet of this zodiac and is stronger in Lionell Messi’s horoscope than in Lloris’s. Thus, as per our astrologers, Argentina shall win the Qatar world cup 2022 and pip France.

Adani Group Loses $108 billion in a week, know what is going to happen next? Astrologers Predict
Views: 1957

6 Nerdy Zodiac Signs Who Are Intellectuals And Big-Time Geeks
Views: 3782

8 Things To Look For In Your Partner's Birth Chart Before Marriage
Views: 7085