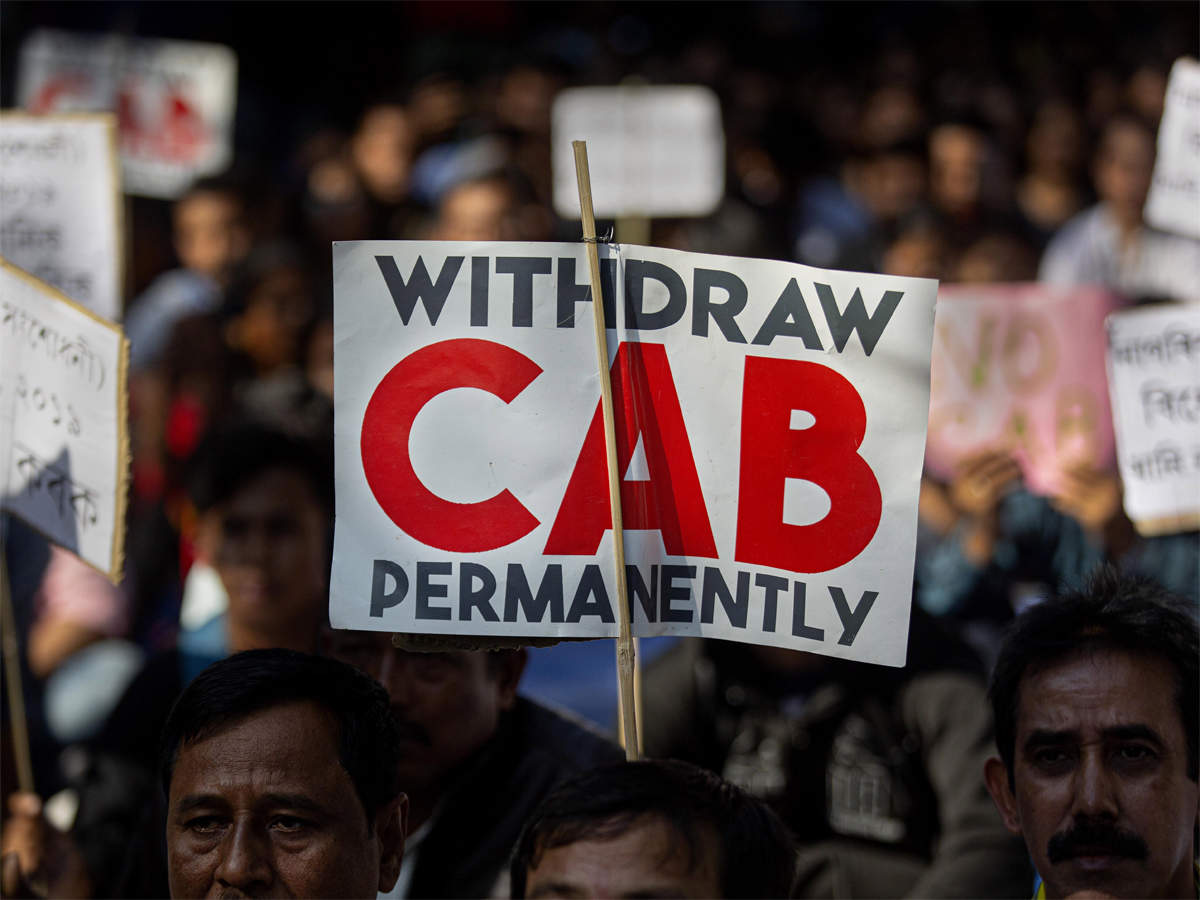 The ongoing BJP government is creating history with the every passing day by making some shocking resolutions. First, it was junking of Article 370 that gave special status to the state of Jammu and Kashmir. After that, Ram mandir ( Ayodya) which was a disputed land between Hindus and Muslims. Now, its Citizenship Amendment Bill, another controversial legislation after being passed by both the houses become an Act. So, let’s discuss in detail, what exactly the Citizenship Amendment Bill is. What are its impacts?. And how people are going to deal with it.

What is Citizenship Amendment Bill (Act)?

CAB which has currently become an Act makes it simpler for the Non-Muslim to become permanent residents of India. Basically, the Citizenship Act aims to revise the meaning of unlawful Migrants for Hindu, Sikh, Parsi, Buddhist and Christian settlers from three neighbouring countries i.e Pakistan, Afghanistan and Bangladesh who lived in India without documentation. However, the bill doesn’t explain it clearly, yet the way that it entitles Hindus, Sikhs, Buddhists, Jains, Parsis, and Christians facing strict oppression in the three countries, to reside for Indian citizenship excluding the Muslims.

The Bill also alters the Citizenship Act, 1955 which determines that a person can acquire citizenship in India through five strategies. They are :

Moreover, it also amends the previous policy that requires the applicant to have resided in India for 12 years to get neutralised. However, this requirement is now reduced to 6 years for Hindus, Sikhs, Buddhists, Jains, Parsis, and Christians.

The National Register of Citizens (NRC) was first launched in Assam, is a list containing names of all verified Indian citizens. According to NRC, if a person wants to be eligible for Indian citizenship, would have to prove that either they or their ancestors were in India on or before March 24, 1971. Firstly, it was applied on Assam and Bangladeshi immigrants only. However, Union Home Minister Amit Shah extended it to West Bengal first but now it has been legalised all over the India.

While Home Minister Amit Shah claims that CAB will help those excluded by the NRC in Assam, the general sentiment in Assam with respect to the bill somewhere will defeat the purpose of the NRC. However, the basic aim of the NRC is to identify ‘illegal immigrants‘, mostly from Bangladesh who had entered India and settled here after the 25th of March 1971. The amendment of CAB is to grant citizenship to several communities who settled in India before 31st December 2014.

Exclusion of Muslims From CAB

When legislation turns into religion, its a matter of worry not for a particular community for the whole nation. The CAB came as a shock for whole the Muslim community of India when the upper house of India’s Parliament passed this order. Firstly, the bill seemed like a healthy effort to protect minorities including all the religions and castes to acquire the citizenship of India. However, when the order was passed Muslims were completely excluded from it.

When NRC was published in August around 2 million individuals both Hindus and Muslims found that their names were not on it. It was said that within a specific period of time they have to prove themselves as citizens of India. Otherwise, they will sent to detention camps. At that time it was not a big issue as it w to Assam only. However, Modi’s ruling Bharatiya Janata Party (BJP) plans to extend it all over India.

Muslims are facing a lot of discrimination and violence over the past few years under Modi’s BJP. The country looks like a more Hindu state rather than a secular nation. However, many Hindu communities have also opposed this act which shows national bonding among the people of India.

Protests All Across The Country

After passing of the order, there have been massive protests all across India. The agitation is slowly gripping the whole nation in its vicious circle. However, among the states in the Northeast, the outrage against CAB has been the most intense in Assam and has now reached to many northern states as well. In Assam, the protesters are targeting lawmakers and police with stones. Last week, anti-Bill protesters displayed black flags to Assam Chief Minister Sarbananda Sonowal in Guwahati and Kaliabor in Central Assam as his convoy passed through.

Talking about North India, there are massive protests in Delhi, Mathura and Haryana. In Delhi, Jamia Millia Islamia University is becoming a scene of mass violence against the controversial Citizenship Amendment Act. The situation turned grave after the police entered the Jamia campus and fired teargas shells and lathi-charged students. The whole scenario is becoming more violent with every passing day. Therefore, Government needs to take some serious steps to stop this agitation from getting even worse.

An opinion of a Citizen

What makes a country peaceful? Usually when people live together with love and affection irrespective of any religion, caste or community. But unfortunately, Muslims are facing a lot of discrimination from the past few years. It’s not like people of other religions are targeting Muslims but its politics which is creating a lot of problems between Hindus and Muslims. They are trying to break the unity among the people in order to fill their bank accounts. Talking about Citizenship Amendment Bill, it surely came as a nightmare for the Muslims and this outrage was expected.

In a nutshell, I want to say that make decisions wiser, consider both sides of the coin. Let people decide what they want and work according to that rather than making one-sided resolutions. Work for the country and not for a particular community or religion.

These were some of the major details regarding Citizenship Amendment Bill. Also, you may like to read about: Article 370- A Voice from emotionally suffocating Kashmir

Consult the best Astrologer to know about your love