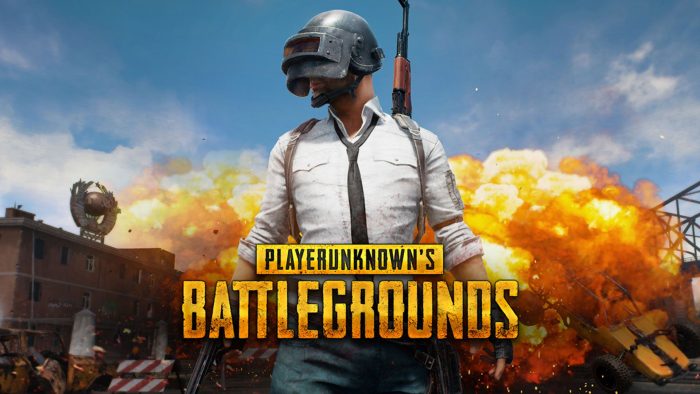 Pubg (Play Unknown’s Battlegrounds) is an online multiplayer arcade game released on December 20, 2017. Pubg is basically a player versus player game where 4 persons play in a squad to compete with other players. The last person or the last squad standing wins the game.

What Makes Pubg so Addictive?

Pubg is ruling over the lives of many through its amazing display and graphical composition. The elements of Pubg are so interesting that they keep our minds so engaging even more than an Avengers movie. One thing that makes Pubg so addictive and interesting is that we can talk to our friends while we are in a game. No matter, if these players are sitting in the 4 corners of the world. We can also talk to our opponents at the same time.

Pubg is crossing all the limits of addiction especially among the Children and the Youth all over the world. We can also say it is becoming more like a social networking site where you can interact with each other while playing a game.

Pubg is More Than Just A Game

According to some of the users of Pubg, they say it’s not just a game its an emotion. A feeling of happiness which makes them forget all the problems in life for a specific period of time.

Digressing a bit, Life is a journey full of challenges, struggle, unfavorable events, disappointments, success and sometimes even failure. These types of situations make life worth living. So, we can say these online games and applications work as a stress buster and make you feel free for some time.

One cannot work continuously for 24 hours, in between you need time to relax your mind. Today, we can say that online games especially Pubg is helping people to relax or sit back and enjoy that the which they get from their busy schedule.

A Game Of Hearts

We generally start loving or liking something only when we are able to relate it to our own self. Human nature is all about talking to new people, learning and sharing new things. We use many social networking sites like Facebook, Instagram, Snapchat, Tiktok, etc only for one reason to interact with people. Creating a connection with new people helps you to know about their culture, lifestyle, thoughts, feelings and much more

Now you are playing a game and at the same time, you are interacting with new people as well isn’t it interesting. While you are in a game you can make new friends, explore new things, share and learn new ideas.

Let me tell you about my personal life experience with Pubg. Firstly, I am a Pubg user for last 1 year. one thing I have observed is that most people play Pubg because they want to interact with new people in a different way. No doubt you can do this from other social networking sites but in Pubg you get in touch with the people in a very funnier way, more informal and in a more easier way.

A few months ago, while I started playing Pubg, I got a random match of a Boy from Karela. We began to talk and shared our thoughts and ideas with each other and to be very true I got to know about a lot of things related to Kerela. It never seemed like we were talking for the first time and we got in a very good friendship from that day.

A case you might have heard about a Boy from India and a girl from Thailand. Here we can say luckily, they got a random match with each other and started playing Pubg. They got so much closer to each other, even they were in a relationship. Recently, I heard that the Boy had gone to Thailand to marry her. This is a live example that best describes that Pubg is not just a game it is a connection of hearts.

Every Coin Has Two Sides

We are not here to describe the pros and cons of Pubg. However, if we see with the perspective of other people especially parents, Pubg is becoming an element of destruction for their children. Pubg is good if we take it as a hobby or pastime but when it becomes your addiction that is a source of worry. Spending all of your time playing Pubg leaving behind your work and study is not so admirable.

The rays coming from the display of your phones or PC can leave a very negative impact on your eyes and brain. And in turn, will directly affect your health. And as famous saying “Health Is Wealth” which means you cannot compromise with your health. If your health is not good, you cannot do anything.

So, all the people Pubg Users, I suggest you take Pubg just as a hobby and play it within a certain limit. If you don’t care about yourself think of those people who care for you and who want you to live a healthier and happy life.

Let us read what our renowned Astrologer Armaan Sharrma has to say about this on the basis of astrology today:-

Rahu, the most mysterious and enigmatic planet in the Zodiac family creates illusions and effects. It shows some facts and even convinces to believe something which is not real. A movie which we generally see on our Television or Theatre is actually the illusion created by Rahu. Gaming in all forms whether it is Pubg or any other game is controlled by Rahu.

People who play Pubg and other multiplayer games such as Clash Of Clans, Call Of Duty, Fortnite, Freefire, etc excessively without knowing anything, just for the sake of killing time or mental satisfaction indicate an effect of afflicted/negative Rahu. Pubg has the tendency to turn your positive energies into a negative one.

Rahu rules Emotions such as frustration, anger, jealousy, and much more. Any kind of Sports or Gaming is a safer way to let these negative energies dissolve in a positive manner.

Rahu’s impact can also be seen on various online and social platforms such as Facebook, Twitter, Instagram, etc. In a nutshell, any type of relationship, friendship or any other social bond built through multiplayer gaming results in a positive impact on the planet.

These were some major points Pubg and its effects, Also you may like to read about:- Sheshnaag- Snake or Human?