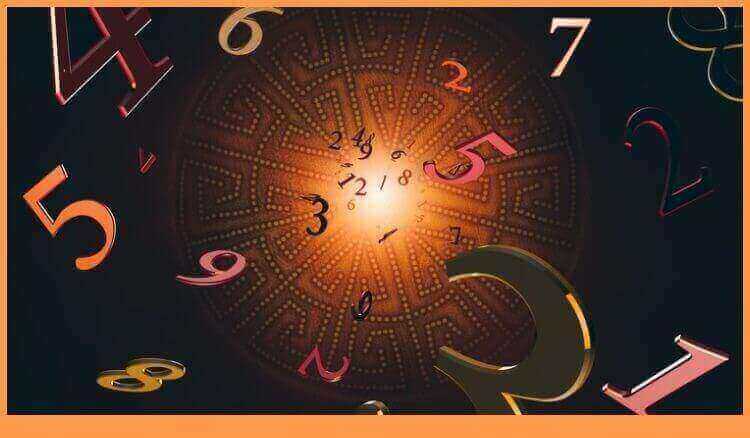 Certain rules impart discipline to people. Astrology too doesn’t have an escape from it. Most of the rules link us back to the sets of number. Let us start to know the relation between numerology and astrology.

Astrology always deals with numbers in the range of 1 to 9. Now we can link our activities with each number.

The evolution of science still links to its base. So does the branch of science- Astrology. Linking back to numerology, astrology helps predict our future. The science of dealing with the numbers is called Numerology.

The combination of numbers and its perfect positioning allow astrology to still shine in its position.

The first number is one which every soul deems as a start. All starts with ‘one’.

All the cells in our body think that they are individual souls. However, all the cells in coordination make up the single soul. There is no evidence of having two souls in a single body.

The masonry group in the US believes in the common phrase “At one-ment”. The meaning of which is all the souls point to a single source.

All the souls have one powerful guide-Mother to guide them in all ventures. We all have them in critical situations of our life.

Read here to know about the superpowers all mothers have.

In addition, these, read here to know the type of mom you are.

Nothing is boring when you have support with you.

‘Koalam’ in Tamil, is the type of drawing drawn at our home’s front gate to welcome all guests. It is necessarily a tradition. Hence, this tradition stays the same for ages. The lines drawn at sides has a design at the center. The lines drawn must be always ‘2’ in number. A single line or 3 lines depicts the funeral.

If the offering made to the god is banana, then two bananas are kept. However, twin bananas or the bananas that are joined are not used.

It is a known fact that a relationship can have only two people involved. This is a rule that in order to maintain the balance in every relationship.

If we light the lamps to pray to the Lord, three lamps signify our faith to the gods. Also, people consider that the lamps are for the trimoorthy.

The trimoorthy or the three great lords residing in the three worlds or the Trilok are of great importance.

It is an astonishing fact that the lords who we give so much of reverence and respect are three in number. Shiva, Vishnu, and Brahma or the trimoorthy have always taught us various lessons.

It is well-known that a triangle has three sides. The triangle is common in many puja rituals. The basic star has two triangles-one straight and the other upside down. The triangle with an eye inside is a symbol in masonry.

Greatness of the Lord Shiva

Lord Shiva has always preferred the number three in all his ideals.

The holy ash used by the Hindus as a mark of their devotion. ‘Pattai’ in Tamil is a combination of three streaks of ash. Also, it may be at the forehead of men. However, Pandits have this pattai all over their body.

The weapon used by the Mahadev, that is, the Trisoolam has three knife edges. Also, it is a belief that the Neelkanth himself had designed this weapon.

The coconut which is used as an offering to the god is the most favorite of the Lord. The coconut has three eyes which are called the ‘mukkan’ in Tamil.

Furthermore, during the puja ritual, the end of the coconut head is removed. After this, the eyes are covered with the sandal.

Lord Shiva is said to have three eyes, including an eye in the forehead called ‘netrikan’ in Tamil. Hence, Lord Shiva has mukkan.

Also, read here to know more about the Mahadev.

In addition to this, if you want to know about Maha Shivaratri in Nepal, click here.

Corners in a room

The four corners in the room corresponding to the sub-directions are considered while constructing any building.

The Eshani corner or the Kubera corner is in the north-east direction. It denotes prosperity.

The Agni corner is in the south-east direction. It denotes heat.

The kanni corner is in the south-west direction. It denotes weight taking capacity.

The Vayu corner is in the north-west direction. It denotes the flow of air.

Time for the Brahma mugurtha

The time for the Brahma mugurtha is 4:00 a.m. Hence, students studying in the morning at this hour receive great intelligence and memory power.

The panchaboothas are the five elements that control the body and other earthly matters.

Air: – The prime element is air or vayu.

Water: – Water or neer is the flowing element.

Earth: – Earth or Bhoomi is the retaining element.

Fire: –Fire or Agni is the heating element.

Sky: – Sky or aagayam is the floating element.

The tale of Lord Muruga created from Lord Shiva’s third eye is common. It is true that the lord was created as six children having a single soul. Moreover, Maa Parvati was the one who made all the six babies into one.

The sun keeps rising and setting on a common time, six. It is the same whatever the climate may be or the place we stay.

The chakras in the human body which control all our emotions and our pranayama are seven in number. They are- Muladhara, Swadhisthana, Manipura, Anahata, Vishuddha, Ajna, Sahastrara.

The Rivers flowing in India from Kaveri to the Brahmaputra are always seven in number. Hence, they are called sapt-Sindhu.

The great sages in the past were always seven in number. They have the power to transform all the worlds. Thus, they were called the Maharishis or the sapt-rishis.

The eight-day or the Ashtami in the fortnight of the period of full-moon to new moon is very special. Many pujas are conducted in the day. Although the night may be said to reduce our wealth, it is a common belief that it sorts out all the troubles.

The solar system initially had nine planets revolving around it. However, now it is certain that only eight planets revolve around the sun. The position of the planets is of great significance to astrology.

Just like the Ashtami, Navami or the ninth day in the fortnight also has great significance.

The nine nights owing to the nine transformations of the maha Kaali is celebrated world-wide by the Hindus.

Blocks in the magic square

Kubera puja is common among the Hindus. In order to gain more wealth, we perform the Kubera puja. In this puja, a magic square, 3*3, that is having nine blocks is used.

Holes in the body

The holes in our body count up to nine in our body. Starting from the sockets of our eyeball to the mouth, we have totally nine holes meant for air circulation in the body.

The Navarathnas or the nine precious gems are commonly used by the people. Each gem has various effects. Hence, it is necessary to take precaution before wearing a Navarathna.

These were the major details about Numerology. Also, you may like to read about9 GEMSTONES (NAVRATNAS) AND WEARING METHOD.

Consult the best Astrologer of India now and find out astonishing hidden details about your life. Connect here Now.