10 Best Serial Killer Movies That Can Give You Nightmares 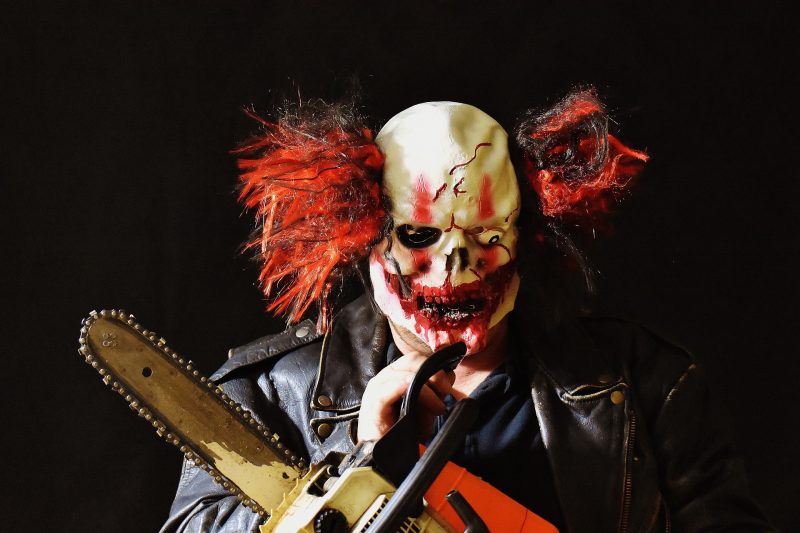 The theater has continues to give us tremendous screen exposure to different styles with impressive portrayals. Specifically, Psychological Thriller and Serial Killer Movies are such genres that have the competence to hold the attention of viewers. The captivating storylines and jaw-dropping performances are what holds the viewer holding on until the end to their chairs to know everything the climax does have to deliver. Also, the curiosity to recognize the mental state of the killer in the movie.

Among enormous options, there are a few thriller films that the audience celebrates until this date. Also, there are some serial killers that people fell in love with. The magical expressions of the actors like Malcolm McDowell, Tommy Lee Jones, and Michael Pitt, the story and the twist & turns of these movies still amaze movie junkies.

Mentioning the masterpieces, here are 10 best serial killer movies that you shouldn’t watch if you have a weak heart.

Psycho, a black and white cult classic that has amazing content to fuel the audience to stick on the edge of their seats till the end. The best thing about this film is it has no typical Hollywood glitches. It simply flows entertaining content in a simple, beautiful and commendable way.

Without any doubt, this is a masterpiece of the work of director Alfred Hitchcock. The film was shot at the time period when showcasing violence on the screen was prohibited.

This serial killer film a gem exhibit the brilliance of a director to present art in the era of the 60s. Moreover, the scene form Psycho when the killer is stabbing a woman in the shower is popular that even people who haven’t watched the complete film have seen this scene.

Silence Of The Lamb

I would recommend this movie to every movie freak to give it a watch at least once in their life. The gorefest of the movie is enough to give weak heart people nightmares.

Furthermore, the distinction of director Jonathan Demme flaunts itself in each frame of this film. This film still leaves a whole lot of questions behind the audience of any generation. Moreover, be it the flawless acting performances, phenomenal direction or seamless cinematography each edge of it wins the heart and leaves the audience stun. Once you watch the iconic scenes of Silence Of The Lamb, you will not be able to forget them, ever.

Personally, I am a big Fincher fan. However, out of his many cinema gems, Seven is a narrative paragon of David Fincher and you already hearing Kevin Spacey’s voice saying “Detective, you’re looking for me?” is proof of this.

The film was released in 1995 and even after years, it has a great impact on the audience due to the astound performances by Brad Pitt, Morgan Freeman, and Kevin Spacey. It takes you along with it in the journey of the narrative, gradually indulges you in the characters and eventually leaves heartbroken.

As a personal opinion, we don’t doubt why this film is on the list as this movie was directed by Martin Scorsese. His creations always tops the list of audience’s most favorite films.

As a matter of fact & audience opinion, Taxi Driver is another level of class cinema when it comes to serial killer movies. This film is flashes of both signs of the excellence of acting and direction.

The stand-out performances and exciting storylines along with the flawless cinematography make the film an offbeat class cinema. Furthermore, it knocks on the theater in 1976 and makes an irreplaceable place among thrill and mystery films.

The Girl With The Dragon Tattoo

Being a film fanatic, I could watch this film so many times, however, I guarantee any person can watch it at least twice or more.

Like I mentioned above, David Fincher has bestowed us with many unforgettable visual gems in his career. The Girl With The Dragon Tattoo is one of those wonderful films that you can watch many times without getting bored.

It showcases some polished acting and narrating skills. As the film releases in 2007 in the form of dealing with the effects of the acceptance of violence in a wealthy lifestyle.

If I truly say, this film is a personal favorite. It shows the way of a narration of a crime story alongside an attempt to display the least harshness on screen. The film revolves around the story of a serial killer roaming in San Francisco.

The amazing performances by Jake Gyllenhaal, Robert Downey Jr., and Mark Ruffalo composed gigantic appreciation for their respective roles. It is yet another film that one can watch on repeat as it is filled with vast content that could engage anyone.

Perfume: The Story Of A Murderer

This film and its character have a world of its own in the serial killer list. As a matter of fact, the kind of cinematic aesthetic this film offers is purely a masterpiece on screen.

It is a phenomenal piece of art describing the huge urge of a man to discover the best scent and the emotional meaning connected with the world. The film amazingly embodies the characters from an ancient era.

American Psycho is a tale of a self-obsessed man. For each Christian Bale fan, it is a flawless treat of dark drama.

The film revolves around a rich man’s wealthy dining appearance with his fiancée and shallow colleagues. This film is a clear representation of an obsessed serial killer of America and his daily life madness. It a 2000’s movie that gives a spine-chilling experience.

Memoir Of A Murderer

It is a South Korean action thriller film which is one of the best editions in the modern cinema. The film wonderfully showcases the dilemma of a person and how he is confused about his own memories.

It is one dark and disturbing thriller which is not recommended for people with a soft heart. Moreover, it was an adaption of a bestselling fiction book. The film was directed by Won Shin-Yun and it knocked the theaters in the year 2017.

This American horror film was releases in the year 1974 and the horrifying representation of a murderer made the audiences scream. The film was directed by Tobe Hooper. Although it is mentioned to be a true story yet most people believe this news to create interest in the film. It was a depiction of a girl visiting her grandfather’s grave with her brother and friends.