5 personality traits that can attract anyone 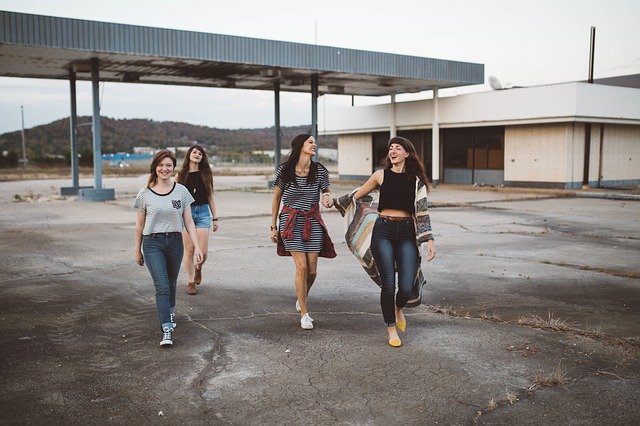 Sometimes it is hard for people to attract or get the attention of someone they really want. Some people complain about not being able to get that one person because of their not-so-attractive physical appearance. While others rant about not being emotionally attractive. Actually, sometimes people look more on to your outer side rather than what you are from inside. So, it is not your fault if you are not what they want. But at least you can change a little bit of your personality if you really want someone to walk towards you for some adoration. So, it is important for you to focus on some personality traits or behavior that actually help you to attract anyone you want. Down here are some such traits and behavior, so keep on reading…

People who walk, always putting up a pretty smile on their faces really do fascinate people around them. It is one of the most powerful weapons as one of the personality traits in terms of its capability to attract people. To the world, a person who always smiles and is happy seems to be the most positive person and great to be around. Such people appreciate everything that they have in their lives and celebrate them. To conclude, the more you smile, the more possibility that others will find you attractive.

Acting confidence is the greatest bait to attract people around you. According to research, it is found out that people who were feeling or acting confident felt easy to draw others’ attention towards them. Even if you are saying something false or baseless but in great confidence, people won’t notice the wrongs but will definitely fall for your confident self.

Listening carefully with eyes wide open and also the mind makes you particularly appealing and alluring. When you pay attention to what the person in front of you is saying, they feel that you genuinely want to know about everything that is going in their mind. It makes them feel, what they are saying to you is absolutely significant and important to you. And since, in today’s world where everyone wants their voice to be heard, busy on phones, work, etc, it seems to be extremely attractive to others around you if you have the ability to listen to them carefully without any disruptions.

According to research, 70% – 75% of people rated courage as the more fascinating trait than confidence. Courage is all about taking risks in life without stressing over them from the beginning. People find it attractive if someone does everything without thinking of its outcomes, both negative and positive. For example, if you are called upon the stage in front of thousands of people to speak on some political issue that you know nothing about. Yet you have the courage to go ahead and speak something, people are likely to think of you highly.

Obviously, who wants to get a heart or want their promises to be broken. So, if you looking for some traits to attract people, keeping promises and being the ”HUMAN” of your words would incredibly make you more respectful and desirable. Moreover, people will find it difficult to be open to you and be their own selves around you because of the fear of getting their promises to break and getting hurt.

To conclude, be trustworthy, and don’t break promises and hurts. If people will rt you, then you are more likely to build strong and deep relationships with them which can last forever.

YOU MAY ALSO LIKE TO READ: 7 Benefits of indoor plants – Did You Know?

5 Most Dramatic Zodiac Signs of All
Views: 3038

The Best Yoga Pose For Each Zodiac Sign
Views: 2606

Practice these 3 Habits Daily To Manifest Anything You Want
Views: 1434