Human form of Cupcakes! Which one are you? 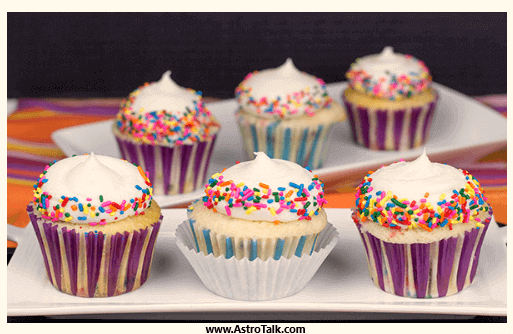 We are just like cupcakes, half soft & creamy and half springy.

When someone says, what are the foodstuffs that can lift the spirit instantaneously; we guess the mention of cupcake tops the list. When the temperature drops, a warm blanket, a good film and a bunch of delicious cupcakes are the best thing to have around.

Nevertheless, it is always a great moment in time to have a bite of scrumptious cupcake.

People believe that inside the dwelling of bakeries of delicious array hides the most amazing sponges. And beneath the uncountable and mouth-watering varieties of cupcakes, resides the charm of flavor. Have you ever taken a moment and thought in the Astrological epitome, which cupcake are you in accordance with your personality traits.

If you fancy the knowledge of flavor and sense of personality this is a perfect journey of words and foodstuff for you. So all the sweet tooth people, dive in the taste of the following paragraphs and find out which cupcake are you according to your Zodiac Sign–

No dreaming, Aries is the real incredible Black Forest.

There is nothing simple and vanilla about Aries. When it comes to cupcakes, you would make a great tang but not an effortless one. A mishmash of two of the best flavors, adventure and liveliness you match seamlessly with black forest.

An Aries is always vigorous and is forever on the go. As you constantly need energy, a bite of yummy black forest cupcake would match your journey.
As every Aries love trying new things, you may like to add strawberry or cherry to your cupcake.

Thoughtful, beautiful, and Chocolate Bourbon Pecan Pie Cupcake is not everyone’s cup of tea just like the extraordinary Taurus.

These cupcakes embrace taste drawn with efforts. As a matter of fact, Taurus people are popular for their dependable, generous, and practical behavior. Similar to their behavior, a not overly-sugary cupcake go with their traits.

Taurus chooses the fine Also, often possessive and stubborn, they take time to get prepared just like these cupcakes.

Both Gemini and Bubbly Champagne Cupcake give a feeling of cheers when they’re around.

Versatile, adjustable, soft-spoken, and yet witty Geminis pair up finely with champagne cupcakes. The roomy champagne cupcakes join up nicely with snacks & drinks and are the ideal cupcake just like Gemini to walk into a perfect weekend.

Gemini doesn’t believe in the borderlines and they try everything. This is one of the key explanations for why this cupcake is the best pair for them.

Bright and light, Strawberry Cupcakes is the love of one and all just like the Cancerians.

Strawberry reflects love and lightness and so does one and all Cancerian personality. For people with limitless love and timeless concern, strawberry cupcakes are a perfect association.

You are true to your roots and go natural in all the situations. Similar to this, one of the best natural creations is strawberry. So, every cancer is forever delish strawberry cupcake.

Just like the Ultimate Chocolate Cupcakes, Leos are full of choco-emotions, sweetness and undemanding.

When folks grumble about something being too lavish they denote the ultimate chocolate cupcake in the form of Leo. They’re kind, yet humorous and decent yet embellish. Leos are the kind of soul people crave to have around.

They grow under their steam just like the delicious smell and flavor of chocolate. All the Leos and chocolate cupcakes are worth all the calories.

Why Apple Pie? Well, can you name another PERFECT cupcake? No, we presume.
An apple pie cupcake is a comforting and balmy dish on the plate and guesses what there is fruit in it. Nonetheless, these are so perfect like all the Virgos. As apple has boron and iron it is healthy food.

Just like the wellness-oriented Virgos, apple pie takes care of both taste buds and healthiness.

Libra people are famous for their love for harmony and fondness. Similar to these traits, cheesecake cupcakes pair best with all the Libras.

Mixed with the sinful dreamy cheese and lovely heart both Libra and cheesecake cupcake fit the best side by side.

The best Astrologers of India describe Scorpios as an intense and mysterious form. Scorpios are always full of surprises. In general, people crave their company. Covered in the delicacy both Scorpio people and these cupcakes boast a frozen surprise inside.

However, neither Scorpio nor these cupcakes fail to bolt from the blue in the end when you open up the outer layer.

An amalgamation of tropical flavor and great efforts, mutually Sagittarius and Blackberry Coconut Cupcake improve the experience of people.

Sagittarians are a packet of mid-summer jaunt to shake and lift the spirit. They are analogous to the easy and down to earth fun. Like a cupcake, Sagittarius people would be fun to have in the desert, snack, and meal because they’re classic & yet contemporary just like the blackberry coconut cupcake.

Quite like the rainbow, together Capricorn & Homemade Funfetti Cupcakes are piled high with colors and cream.

Best known for dependable, homely, and fresh with thoughts, Capricorns are the finest comparison of this cupcake. Similar to these, Capricorns don’t stumble upon situations or taste. Both of them fulfill the desire for good taste and dazzle.

Neither over the top nor the basic, both Capricorn fit in all the corners of plates and state of affairs.

With the abundance of fruitiness and beauty, Sangria Cupcakes match flawlessly with Aquarius.

While the Aquarius people are popular for their shy and silent nature, people love them for their originality. As a matter of fact, most of the people go for chocolate. However, the simple and sweet Aquarius would always natural and colorful Sangria cupcakes.

Accompanied by their bold nature, they make perfect pair with almost every fruit.

Simple, cute, sweet, and the best, Vanilla Cupcakes and Pisces are identical.

The Astrologers describe Pisces as passionate and compassionate people. They are sweet and easy-going just like the trouble-free vanilla cupcake. In other words, Pisces is the vanilla looking unicorns in this world.

These were some delicious cupcake that pairs best with each Zodiac Sign. You may also like to read about 7 Superpowers we fail to notice that all Mothers have.

Also, connect with AstroTalk for the best Astrology prediction and consultation.

Remedies to Please 9 Planets To Get Rid of Problems
Views: 24725