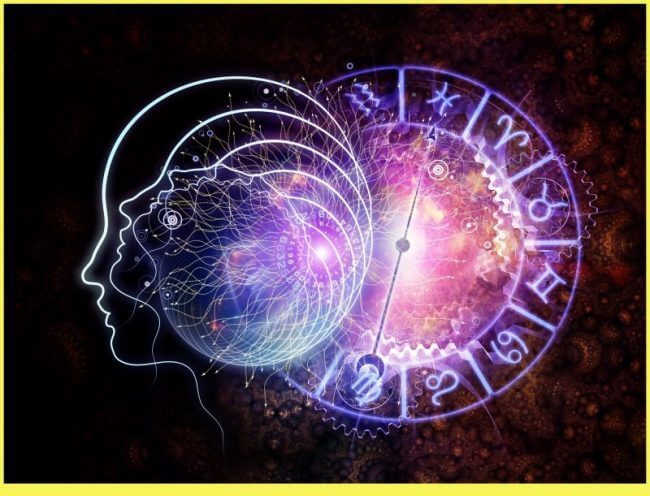 Then how come Psychology, Biology, and Ethnology are all names of sciences? Should they be popular as Psychonomy, Bionomy, and Ethnonomy to stand for something real and worth acknowledging? This might happen over centuries to come, who knows.

” I know nothing of the science of astrology and I consider it to be a science, if it is a science , of doubtful value, to be severely left alone by those who have any faith in providence”

Astrology has been discarded from the world of exact science a long time ago. It happens with the rise of the repressive role that Christianity and the Church had at some point.

It took over the spiritual system of the collective for the most part. Also, everything else was cast aside to give room to its expansion & growth in simplicity.

This is what makes Astrology seem like an outcast. It fits for its Uranus related role to awaken us. Furthermore, It disturbs our world, shakes it up, and turn our perspective upside down through symbolism that isn’t commonly accepted.

Many have been fighting to bring it back into scientific waters. However, the struggle has been long and hard. It is possibly because it belongs where it is available in its depths. Also, it avails only for those who are open-minded enough to dig in on their path of spiritual growth.

The lack of educational filter doesn’t help, especially due to individuals who taint the image with lack of knowledge, respect, and dedication to its actual purpose in their own life, let alone lives of others.

Yes, Astrology is fun and we can love it just as much as we love skiing, bungee jumping or lottery, but it is also a serious research tool that gives us answers through the course of our entire lives if we commit to its symbolism and incredible depths of knowledge.

So let me start by giving a small logic. Well, we all know that on a full moon night the moon creates very high tides in the water. Why is it so? The reason being the gravitational field of the moon attracts water.

So when the moon can create high tides in water then why will it not affect our bodies which are made of more than 90% water.

Same is the case with all other celestial bodies. All these bodies have their own electromagnetic fields which are produced by the metals, minerals, etc. present in them and this results in cosmic rays generation from them.

If one has studied high school science one would appreciate that cosmic rays are regarded as the maximum wavelength rays i.e. the distance between their crest and troughs (or in simple language highs and lows) is maximum as compared to other rays such as Gamma, Alpha, Beta, X-rays, etc.

(That means they can travel large distances without much deterioration of their properties).They are the rays which come from the universe which consists of these celestial bodies.

Now again the same question arises: When X-rays have an effect on our bodies being of so small wavelength then why will cosmic rays not have the same effect of higher intensity being of maximum wavelength.

So now this is the logic that we have stated above that all the stars and other celestial bodies have influence over us due to the cosmic rays radiated by them as a result of their electromagnetic fields.

And this is an established fact also explained by the great Albert Einstein that it is the field of any matter which affects another matter. So the field of all these celestial bodies has a huge effect on us as it generates cosmic rays having a maximum wavelength.

Have you ever pondered upon that peculiar figure an astrologer studies which he calls a horoscope or Kundli?

If the answer is in the non-affirmative then let me tell you it is nothing but the interpretation of the planetary positions when either a person is born or a question is born. We would touch on this aspect later.

The method devised during the great Vedic times operates on the very simple fundamentals of astronomy, mathematics, physics, and statistics. Let us analyze them one by one.

Now comes the role of mathematics along with physics. The sky we all know is 3-D in nature with a total of 360 degrees. So we divide it into twelve parts each having 30 degrees and these parts are called zodiac signs. The peculiar figure called a horoscope (Kundli) has 12 divisions in it called houses, which is based on very complex trigonometric calculations.

It is these houses which the astrologers claim to be the key to every question and solution to every problem. Like the first house is of life, the eight is of death, so on and so forth.

Now comes the role of statistics.

“Astrology is lame without physics, deaf without math and blind without statistics”

Astrology is purely based on very ancient statistical observations or records which an astrologer studies and along with his experience uses to predict the response of a question by co-relating various planets present in different houses and their aspects.

For example, the study of ( house one and house eight combination ) decides whether a question asked will give a positive response or a negative one.

The Misleading Role in Astrology

The role of an Astrologer isn’t to simply implement mathematical knowledge, although it is often perceived that way from those who protect its scientific core and tradition.

This gives a personal point of view that may or may not be right, for we aren’t the ones to see the future as an unwinding movie for another.

One’s horoscope shouldn’t be interpreted as if they were the same as everyone else born that same minute. The job of an Astrologer progresses over time to listening, contact of souls where we sense the atmosphere. They are required to understand the connection with the person in front of us. Also, see their current settings, challenges to resolve and potentials to uncover and work towards.

On the other hand, a compassionate, modern approach shouldn’t lack foundation, knowledge, and structure. Also, it might diffuse and offer incorrect information a client came to receive.

Hopefully, these two approaches will meet and structure will meet compassion over time, just as signs of Cancer and Capricorn would enjoy.

As an ending thought, we can say that astrology is not fool-proof.

Well God has given us life so that we can achieve some meaningful thing out of it. Then why do we always approach an astrologer to tell us what is going to happen in future or whether a marriage will be successful or not or with what letter we should name our children (On top of that the system not being foolproof)?

Isn’t it time that we rise above all these odds and understand that it is we who are the masters of our own fate and it is all in our brain and our heart which we should use to carve out our destiny.

We don’t deny that God has a role to play in our destiny but it is our deeds which decides this role. Then why we receive intellectual expansion and ask Astrologers for their intervention in our lives.

Well, we believe it is high time we start believing in ourselves along with the faith that “God is always there to help those who help themselves”, spread love and happiness in this world and acquire peace.

Now it’s on you, you have to decide whether you want to believe in it or not.

These were the major details about the Conversation over Astrology vs Science. Also, you may like to read about Find your Ideal age to Marry.