Astrotalk does a business of Rs 1.25-crore in one day 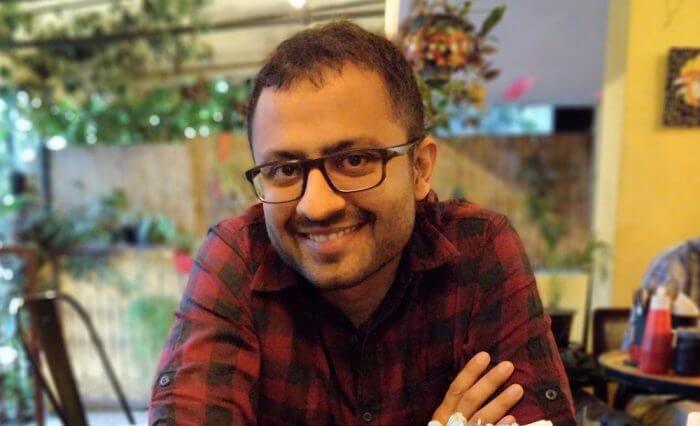 Diwali came a bit early for Astrotalk this year as the astrology startup did its highest ever one-day business at Rs 1.25-crore on its 5th birthday (October 18).

Hitting 1.25-crore in revenue is the second big accomplishment for Astrotalk lately; considering the fact that the company recently won an award for the Most Trusted Astrology Company at Zee National Achievers Award. The award was presented by MP & Celebrity – Manoj Tiwari.

Speaking on the completion of 5 years of Astrotalk, founder Puneet Gupta says, “I started Astrotalk in 2017 with just ten astrologers, and today we have over 5000 best astrologers of India on our app. Since day one, my goal has been to hire the most genuine astrologers who could help customers with accurate predictions. Following this mantra has proved to be a very successful strategy for us as millions of people today trust Astrotalk for accurate predictions related to marriage, love life, career, and more.

A prediction that created Astrotalk

Astrotalk is one of the most successful startups of India today and it has achieved this feat in just 5 years. But what’s more interesting about Astrotalk is the fact that its founder, Puneet Gupta, was himself never a believer of astrology until one true prediction changed his life and inspired him to start Astrotalk.

In 2015, Puneet was working as an engineer, a job he had been forced to take following a failed startup and subsequent bankruptcy. This, however, wasn’t a job he was happy about as he always wanted to do a startup. But like most of us, he too was very anxious about leaving his secure job at an investment bank.

That’s when a colleague of his noticed his tension and asked him about the problem. On learning about his problem, she offered to help with an astrology prediction.

Puneet, who didn’t believe in astrology back then, laughed at his colleague and asked her how an educated person like her could believe in myths like astrology.

His colleague was, however, very confident about her astrology skills, and told him that she could tell him everything about his past.

Considering her confidence, Puneet agreed to give it a try as he had nothing to lose. The astrologer gave accurate predictions about his past but Puneet didn’t believe in it, thinking she might have heard that from someone.

Predicting his future, she told him that he would soon start an IT startup with his friend but it would shut down in 2 years as his partner will leave him.

She then added that Puneet would start another startup in 2017, that eventually will become very successful. Puneet didn’t believe any of it, yet resigned to start an IT company.

To his surprise, 2-year later, his partner did leave, leading to the shutting down of a well-established business.

Puneet recalled the prediction of her friend and called her to tell her how her prediction came true.

Then while talking, the astrologer ex-colleague suggested Puneet to do something in the spiritual field, adding that such a business will be successful for him.

It was then, Puneet started Astrotalk, a company that has grown at lightning speed to become the world’s largest Astrology company.

“I am humbled and proud at the same time that we could positively impact the lives of more than 3-crore people in just 5 years of starting,” says Puneet.

Next five years of Astrotalk

Astrotalk’s success is a case study in itself. In fact, the growth story sounds more alluring when you come to realise that Astrotalk is a bootstrapped company and has never raised any funding.

“Trust is the essence of any business. If you can make your customer trust your product, they will come back to you again and again. To build this trust, we still give First Chat Free to every user so that anyone can try our service first and see what we have to offer. Many of these users return, which is one of the reasons behind our massive growth,” says Puneet.

Puneet tells us that on the Astrotalk app, users generally ask questions about their marriage, love life, and career.

“We all face problems in our life and many times we don’t know what to do about them. Sometimes problems are so personal that we can’t even share them with our close ones. But we still want a solution for it, right? That’s where astrologers can help us. They understand you better than the rest. They don’t judge you and always have simple solutions that help you come out of your pain,” Puneet adds.

Over the next five years, Puneet aims to cater more to tier 2 and tier 3 regions of the country. Also, Puneet and his team is aggressively working to create a much larger presence in the international markets such as the USA, Canada, Australia, Singapore, and more.

Shweta Tiwari has been using Astrotalk for the past 1-year
Views: 13111

The role of Rahu in Kohli's fall & comeback in Cricket
Views: 14364