Budha: The interesting child of Moon and Jupiter 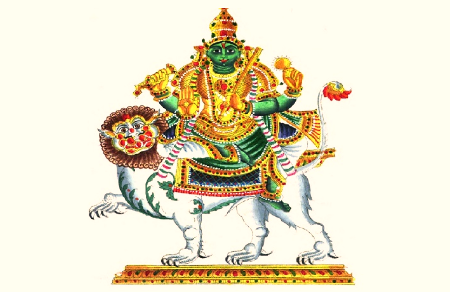 Mercury or Budha is celebrated as the most apparent heir of the planetary gods. In fact, Budha is the wittiest among all planets and takes upon him the nature of the planet he is associated with.

A cross hanging down from the circle and a crest on the circle is the symbol of Budha. The crest is suggestive of the immortality of the divine circle. Similarly, the hanging cross represents the varied ways of spending the energy of the planet.

In addition, he is also harmonious with all in dressing and speech and wears green robes.

Devaguru Brihaspati (Jupiter) was the husband of Tara who was incredibly beautiful, virtuous, chaste, faithful and charming.

Chandra( the Moon God), in a negative frenzy of mind, eloped with her forcefully and took refuge with Asura Guru, Shukra. Brihaspati sincerely appealed to all Gods and requested them to help him get back his wife from Moon.

With the blessings of Shukra or Venus, Gods could not rescue Tara.  in a good state of mind, Moon became balanced and returned Tara to Jupiter. Unfortunately, by that time Tara was carrying Chandra’s child. After some time she gave birth to Budha, a charming child in Brihaspati`s house and honestly disclosed the lineage of the child. For her honesty, Jupiter forgave her, accepted the child as his own and became his stepfather.

Mercury rules over two zodiac signs, namely Gemini and Virgo because he is exalting in Virgo at 15° and in his fall is in the opposite sign of Pisces. Where the Moon is the innocent mind and positive attitude, Mercury is the intellectual power that discriminates between benefic and malefic ideas.

Budha is the planet which is also the indicator of intelligence, trade, and commerce, education, mass communication, writing power, books, humour, scholars, and astrologers. The famous Vedic sage, Parasara describes him as

“ Mercury is endowed with an attractive physique. He is fond of jokes…”

The planet Budha reaches full maturity at age of 32 in life. In Vedic myth recounts Mercury born of the Moon forcefully. Similarly, myth recounts how the Moon, overcome with passion abducts Tara, the wife of Jupiter. Out of their union, Budha is born. Hence, the intellect of the Moon is born of the mind.

There is a high degree of enmity between the Moon and Mercury that believes a deep truth.

The position of Budha

This Dev grants wisdom and wealth to his devotees. Mercury diminishes evil thoughts from their minds. In fact, he is also the chief among the gyanis.  Praying to him on Wednesdays brings in manifolds if good luck and benefits like removal of obstacles from life and possession of fertile lands.

In the Zodiac astrology, this Devata is the ruler of the signs of Mithuna and Kanya. As a result, Budha stays exactly like the Sun, one month in each Rashi and completes the cycle in 12 months, more or less closely revolving in the orbit of the Sun.

Hence, Mercury’s most beneficial placement is rising in the 1st House. Budha’s nature is VATA or Airy and his gem is Emerald. So, his direction is North and his ruling da is Wednesday.

Effects of strong Budha in the horoscope

If Budha is in zodiac sign of exaltation or it is occupied over the angle, in all situations Budha is fully able to bestow good intellect, incredible and sharp memory, knowledge, education, power of speech and writing, ability of edit and painting,command over many languages, philosophical, mathematics, accountancy, and cleverness, in every sphere of life.

Effects of weak Budha in the horoscope

If Budha is occupied over the 6th, 8th or 12th or it is in the sign of debilitation, in such situations it will be concerned and afflicting and bestows stammering problem, poor memory, diverse occupation yet unfruitful results, the tendency for lying and scheming thieving, scandal and forgery.

These were some major details about the planet Mercury. For more information, you may read the effects of Mercury on each house.

Amarnath Yatra: An Opulent Voyage to Shrine of Shiva
Views: 1721