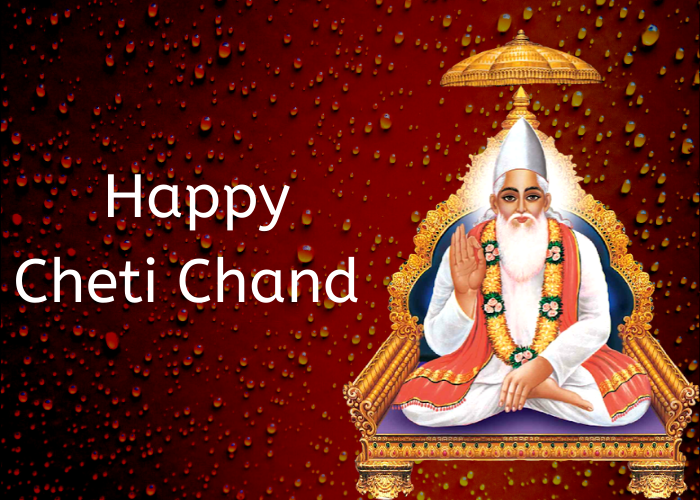 India, a country where people from different religions, communities, and castes live in different parts of the country. It is a sheer reflection of the philosophy of Unity in diversity. On the same note, it is a matter of pride for us, that festivals of all religions are celebrated prominently here. Whether it is a Hindu festival or a Muslim festival or a Sindhi occasion, whether it is Diwali, Eid or Christmas or Lord Jhulelal Jayanti people have equal enthusiasm and delight.

Furthermore, according to Panchang, it is celebrated on the second day of Chaitra Shukla Paksha. Mostly, Cheti Chand falls a day later Ugadi and Gudi Padwa. The festival holds great significance among the people of the Sindhi community. Read ahead to learn more-

According to the traditional Hindu calendar, people observe Cheti Chand after the visibility of Moon on the second day of Chaitra Shukla Paksha. The day is significant as it people believe that on this day, Varun Dev appears in the form of Uderolal to save the Sindhi community from the tyranny of a ruler who wanted to destroy the culture and Hinduism of Sindh. Therefore, the Sindhi Community celebrates the festival as the birth anniversary of their Ishtadevta Uderolal. He is also famous by the name Jhulelal, the Saint of Sindh.

After the no moon night, it is the first day when the New Moon appears in the sky. As it is the first moon of the Chet or Chaitra Month, people celebrate festival by the name of Cheti Chand. Like many other Indian festivals, it also marks the beginning of spring season and harvest season.

Chetri Chand or Jhulelal Jayanti also marks the beginning of Sindhi New Year. According to the Gregorian calendar, it corresponds in March or April annually. As a matter of fact, this festival knocks the door alongside many other alluring festivities across India like Chaitra Navratri, Ugadi, Gudi Padwa, and Mahaveer Jayanti. Therefore, people from many different parts of India immerse in the exhilaration.

The ‘Cheti Chand’ festival of the Sindhi community celebrates the birth anniversary of Lord Jhulelal.

There are many stories about the celebration of this festival. However, the major tale says, since the Sindhi community has been a trading class, they had to face many disasters when they went through the waterways for business.

As a matter of fact, traders usually have to face storms, wild animals, rocks and bandit gangs that plunder all the goods of traders. Therefore, while going to trade, females in the community used to worship God and ask for different vows. According to Mythology, Lord Jhulelal is the god of water. Devotes consider him to be the deity of the Sindhis.

In the 10th century, the Sindhi’s fall under the rule of Sumras. They were flourishing under the rule. However, soon a tyrant called Mirkshah started to threaten them to either convert into Islam or face the brutal death by Mirkshah’s men. Upon this, Sindhis prayed to Lord Jhulelal to save them. They together prayed and sang in his honor to ask for the mercy of Lord Varuna. Further, their prayers went for 40 consecutive days without eating anything. Appreciating devotees’ prayers, God promised the birth of a divine child to save them from Mirkshah. As per the promise, the divine child Uderolal takes birth from the womb of Mata Devaki. Uderolal is believed to be the incarnation of Lord Varuna. Further, he saves the Sindhis. Therefore, since the day the entire Sindhi community commemorates Lord Jhulelal on the occasion of Cheti Chand.

When the Sindhi community came to India after partition, all were dispersed. Then in 1952, Professor Ram Panjwani made tireless efforts to unite the Sindhi people. He went to every place where Sindhi people were staying. With his efforts, the festival of Lord Jhulelal was celebrated again with pomp, for which the whole community is grateful to him.

Cheti Chand in the Sindhi society is the holy launch day of Vikram Samvat. On this day, Vikram Samvat 1007 in 951 AD, in Nasrpur city of Sindh province Lord Udaychand was born from the womb of Maa Devki. Lord Udayachandra, a brilliant child, he destroyed the sinners and protected the religion.

This festival is no longer confined to religious significance only but also accepted as a symbol of Indus civilization. It is also celebrated as Sindhiyat day keeping brotherhood with each other.

The festival of Cheti Chand is an occasion for thanksgiving. On the occasion, devotees worship for 40 consecutive days. It is also called as Chaliho. Further, they celebrate Thanksgiving Day after Chaliho. On this day, devotees observe fast and offer prayers. Further, they break their fast with sugar, fruits, and coconut milk.

In addition to the prayers, devotees take Baharana Sahib to the nearest river in a procession. Devotees also carry the worship idol of Sant Jhulelal. The Baharana Sahib of Crystal Sugar, Fruits, Oil Lamp, Cardamom, and Akha with a jar of water with coconut. In addition, they embellish a bronze plate, with ghee, rice grains, and vermilion. Furthermore, they light a wheat flour lamp with five wicks. It is named Jyoti Jagan.

It is an extremely auspicious occasion when the Sindhi Community commemorates their excelsior. They also sing devotional songs and dance in groups. In addition to this, they greet each other by saying “Cheti Chand Jyon Lakh Lakh Wadayun Athav”.

The celebration of Cheti Chand takes place among the Sindhi society. Those who have fulfilled their vow throughout the year, they thank God Jhulelalji on this day. The process of new vows also starts from this day. Also, on this day, it is not enough just to ask for a vow, but you should also take a pledge to follow the path given by Lord Jhulelal. Lord Jhulelal did not kill Mirkshah, only guided Mirkshah to follow the right path. Therefore, don’t try to get rid of bad persons, only try to stay away from their bad mentality.

On the Cheti Chand Festival, devotees organize grand fairs at many places and take out processions. Also, they celebrate Sant Jhulelal’s birth anniversary with great enthusiasm, reverence, and zeal on the lunar date of Chaitra month all over the world.

As we all know, Indian festivals have a significant value for delicious food items to be in the diner. Therefore, here are the best dishes for Cheti Chand–

Also, you may like to to read Holi Celebration 2020 In Vrindavan, Mathura

Consult here with the Best Astrologers of India to learn more about the Indian Festivals.