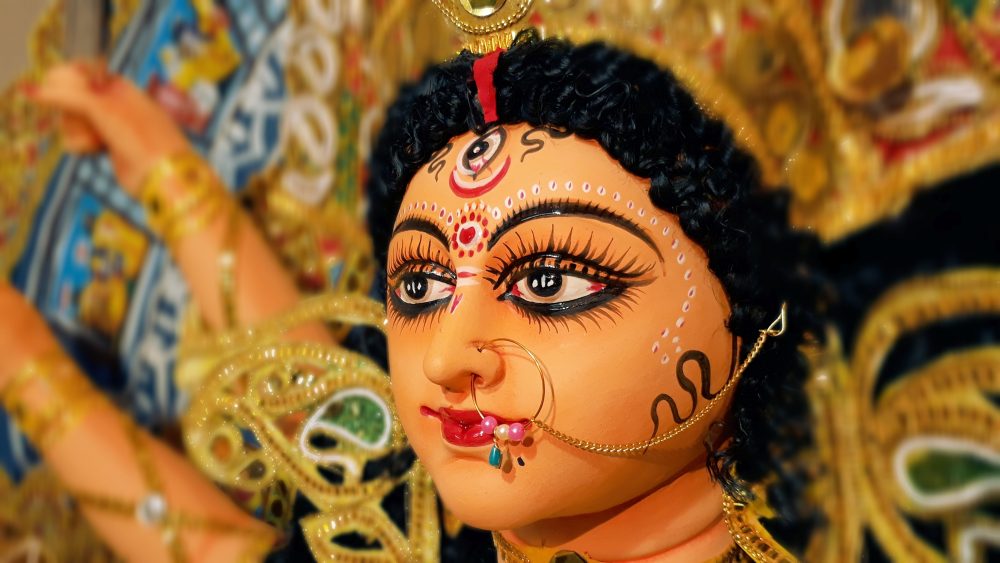 In the auspicious nine days of Navaratri, devotees worship the nine forms of Goddess Durga. Many devotees also take a vow to recite Durga Saptashati. The text Durga Saptashati Path is similar to the sacred writings of four Vedas. According to Hindu mythology, when a person recites the Path as per the rules, it is very fruitful.

In Durga Saptashati, 3 forms of Goddess Durga – Mahakali, Mahalakshmi and Maha Saraswati are recited. There are about 400 verses in this text.

It is believed that if the Durga Saptashati is recited with full devotion for 9 days, then all sorrows are eliminated.

Hearing or listening to Durga Pujan or Saptashati is like a boon for all householders because their troubles are always followed.

Those who, despite everything, troubled by tension and discord in the family, who are always subdued by enemies, fear of defeat in lawsuits or those who are troubled by phantom spirits who kill demons like Madhu and Catabh.

The first character of this text of Mata Mahakali should be read or heard.

Those whose intellect is retarded, lack of mind in studies, memory is getting weak, suffer from typhus disease, who fail in education competition, study more and the number is low or those who have the knowledge of theology and to attain the element, they should worship Mata Saraswati and recite the best character.

In today’s era, we are all busy with our work. Even after wishing, we are not able to worship our deities. However, if you ever wish to recite Durga Saptashati Path, you can get worship done from home. And the mantras chanted in the Pujan will give you wisdom and strength.

Also, you may like to read Relationship Healing|Start A New Journey Of Love