Eclipse and its astrological connection 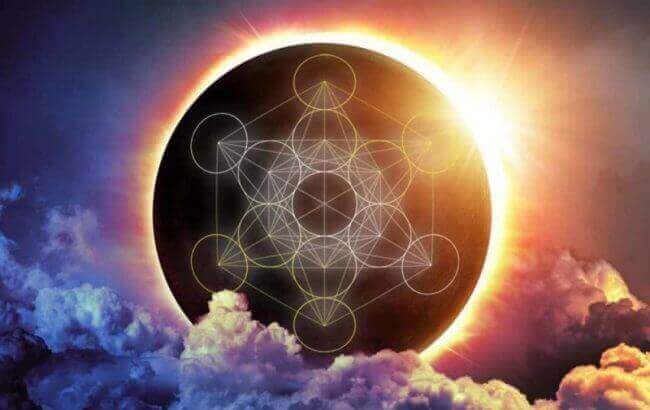 As the ancient Indian legend goes, an eclipse occurs when the shadowy demon Rahu Ketu gets his revenge on the Sun and the Moon by consuming them and stealing their luminous rays.

This myth does not exactly conjure a heartwarming mental image, and that’s intentional.

The truth, according to Vedic Astrology, is that eclipses can be a terrible time to start. Or even end projects, relationships, jobs, or any other important thing in the material world.

The light of a healthy, full Moon and the daytime Sun. With Rahu and Ketu gobbling up this light and warping it in unseen ways.

Eclipses are a great time to stay in, meditate, and do your inner work.  In fact, they provide an especially rich opportunity to connect with spirit because the ‘veils’ are thin.

Eclipses generally occur 4 to 6 times in a year, and many individuals feel anxious during the eclipse period. Although its energy mostly prevails for a week before, or after the eclipse. The influence on events continues much longer – up to 3 months in advance, and also 3 years later.

The contrary influence on different zodiacs

The signs of the zodiac that contain the eclipse and its planetary rulers, along with the constellations of its governing stars – signify the impact of the eclipse.

For zodiac signs related to the sea – it affects underwater creatures and shipping. Whereas for signs connected with humans – it influences men and political issues.

How can Eclipses be used?

An astute astrologer can determine the placement of an eclipse in a person’s horoscope.  And predict the effects of a solar or lunar eclipse on a personal level – and can also guide the individual to make the most of the positive effects.

Astrologically, a grahan is a signal that indicates global trends or events. Since it is caused by a shadow passing across the Sun or the Moon, it generally suggests events and issues related to the affected nations, their rulers, and international politics. Moreover, for individuals – the astrological house in which the eclipse takes place will be affected up to6 months.

Further, the constellation in which an eclipse falls also gives a hint about its effect on countries and individuals. Usually, it will have an impact on the constellation, and whatever it signifies for the next six months after the Grahan.

Thus, since olden days various remedies were suggested by astrologers to neutralize the negative effects of an eclipse in each constellation. Whereas in the western regions of the globe, many people meditate and utter religious hymns.

From ages, eclipses have signified changes in our life. So, next time when an eclipse occurs, just get ready to face the challenges and grab the opportunities. Remember –  when one door closes – another opens.  Recently, we have witnessed a lunar eclipse on the long night of July 16 and July 17, 2019. Click here to know everything you need to know about this year’s Chandra Grahan.

Amarnath Yatra: An Opulent Voyage to Shrine of Shiva
Views: 1729