How Planets Affect Our Lives 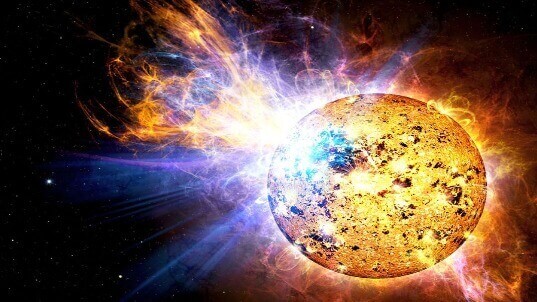 We all know that all the planet in the solar system affects us astrologically someway or the other. Each planet represents a different segment of our lives, a different vibe, different energy. They rule over different parts of our psyche, our desires, various needs that create who we are as a person.
Knowing your planets and what areas of your life they affect is as important as knowing your horoscope. As they all deal with distinct aspects of our lives. However, it is also important to note that a weak planet doesn’t mean it will give bad results and similarly, a strong planet will not always guarantee good results, all depends on the significations of planets in an individual’s horoscope.

In Vedic astrology, only seven planets (Sun, Moon, Jupiter, Venus, Mars, Mercury and Saturn) are considered as actual planets. Rahu and Ketu are regarded as the shadow planets. We’ll now explain the significance of all these nine planets in Vedic astrology with their roles and importance.

Sun is the head of the solar system and it is also the most powerful and authoritative planet of all. The planet sun in Vedic astrology denotes power, position and authority. It governs your ego and your sense of self and your willpower. The sun is the ruler over the sign of Leo.
The energy type of this planet is Masculine and hence one’s father, husband, authority figures and other major male influences have governance of this planet.
The Sun’s golden glow represents the fullness of youth or adulthood. The native usually is kind and giving like a king. Other qualities that the planet Sun impart are health, wealth, authority, ambitions and one’s ability to handle difficulties.

Moon is the lord of Emotions as it is the most important planet when it comes to defining a person according to his horoscope. It rules the feelings and senses of an individual.
Moon is the ruling planet of Cancer. Its the cold and moist planet and is regarded as a feminine planet for astrological purposes and represents queenship, childbirth, and Mother. The white color of the moon represents purity, calmness, and innocence of the native. People under the strong influence of the moon are usually very emotional and sensitive. The affected moon can cause sleeplessness, problems related to diabetes, appendix, lungs, etc.

The planet of aggression represents the red color and things like blood, fire station, heat, sword (Mars is the god of war, after all), land, obstacles, strengths, police station, army battlefield, weed, cocaine, etc. One can fall into aggression and volatility easily but if harnessed properly this sign can be the greatest source of bravery, freedom and self- empowerment. It’s the ruling planet of Aries and Scorpio.
If Mars is stationary at the time of your birth, you are all about action. Going about what you want is your only priority. But if Mars is retrograde,  when you’re born, you direct your energy internally and probably avoid confrontations.
An affected Mars can give problems like injuries, pain in eyes, brain disorders, itching, blood clotting, female genital diseases, and weak bones, etc.

Mercury is one of the most powerful planets. It’s the significator of communication and is mainly concerned with your mind. Mercury is at home in the air signs (Libra, Aquarius, Gemini) which gives the mind logical and rational thinking. In Earth signs (Capricorn, Taurus, Virgo) Mercury is concrete, sensible and down to earth, fire signs (Aries, Leo, Sagittarius) give the mind and body a quickness and instincts while Mercury in Water signs (Cancer, Scorpio, and Pisces) makes the mind intuitive and gives it an emotional filter.
Some important significations of this planet are education, knowledge, communication, green color, school, college, fond of north direction, self- control, devotion, child, maternal uncle, etc. Observations say that with strong mercury, a good result regarding these significations will be noticed and vice-versa in case of a weak Mercury.

Mythologically, Shani is the elder brother of Yama (the God of Death) black/blue being its colors, and hence it can also bring an end to life, also can give a long life if placed favorably in the horoscope. Saturn is dry, cold and life depleting. It represents decay.
A person under the influence of Saturn has to work very hard in order to get results. Planet Saturn represents working-class people who work diligently to earn little bread and butter. Saturn is a planet of justice, it’s like a teacher who punishes his students for their bad deeds and rewards for the good ones. It believes in discipline and strictness and can not bare chaos.
Saturn rules over legs, muscles, joint bones, teeth, skin, hair, knees, etc. Affected Saturn in the horoscope may give complications in these elements.

Jupiter, also known as Vrahaspati/Guru rules over two signs of the zodiac, Pisces and Sagittarius. It’s the significator of good fortune, teachers, cow, physical health, yellow color, elder brother, spirituality, power, position, authority, holy water, temples, etc. A strong Jupiter is good for the above-mentioned significations whereas a weak Jupiter shows the deficiency of the same.
The body parts that Jupiter rules over are thighs, liver, brain, kidneys, fat, ear, tongue. An affected Jupiter can bring about health complications related to the ears, diabetes, kidney, liver or even affect native’s memory. However, the favorable Jupiter can make the native a good teacher, social worker, priest, treasurer, and the native is often the head of spiritual organizations.

Venus is the planet popular for bright glamorous things, eyesight, beauty, love, party, romance, sex, music and dance. It’s the biggest significator of women, income, marriage, good clothes, flowers, pearls, wife, brahmins, silver, enjoyment, etc. A strong Venus gives very good results in these above-mentioned significations. However, if Venus is not so strong in one’s chart, one may suffer from the lack of physical appeal, civil behavior and a tendency for failure in love or married life.
Venus rules over eyes, chin, throat, nose, sexual organs, bladder, etc. The native may have to suffer from the related diseases during Venus’s Dasha or Antar Dasha.

As per Vedic astrology, Rahu is a shadow planet. It represents all the virtual things as it has no physical shape. But still, Rahu is the most powerful and has been allotted the position of a planet. Mostly, it has malefic effects. This planet indicates laziness, delays, and hurdles.
Nonetheless, there is a brighter side to it too. Rahu is full of bravery and self- confidence and fearlessness. This is a favorable planet for the politicians as it gives them good power and opportunities to grow in their political carrier. It also has the power to make a person wealthy and popular.
Affected Rahu may give problems like stammering, annoyance, depression, stress, infection, mental diseases, etc. Rahu even causes Cancer.

Ketu is also a shadow planet as it is invisible and just a point in the cosmic arrangement. It drives people towards spiritualism and enlightenment and frees people from worldly desires. It represents the tail of the demon.
Ketu takes 18 years to travel through the Zodiac and it stays in one sign for around 1 and a half years. Its influence is usually benefic for the people born under Aries, Cancer, Sagittarius, Scorpio and Pisces signs.
Ketu rules over abdomen and claws. Affected Ketu gives problems related to lungs, intestines, etc and can cause stomach pain, physical weakness, and brain disorders. Ketu also causes mysterious diseases whose roots cannot be determined. However, to eliminate Ketu’s adverse effects Cat’s eye (Lehsunia) gemstone would be the most beneficial.

Gemstones give hope and energize us with positivity and help to solve the difficulties caused by the unfavorable conditions of planets in a horoscope. Click here to read about Gemstones.

These planetary positions and their movements are believed to have an impact on our mind, body, and surroundings, yet there are few more things that an astrologer keeps in mind while checking your Kundli/Horoscope. They can tell which qualities will have a strong influence on your life by analyzing the effects of 12 houses in your birth chart.

Connect here with the best Astrologers of India to know about Planets in Your Kundli and their effect on your life.

Understanding the Savagery of an Aries Woman
Views: 10442