Impact of Coronavirus- Chronology, and Aftermath 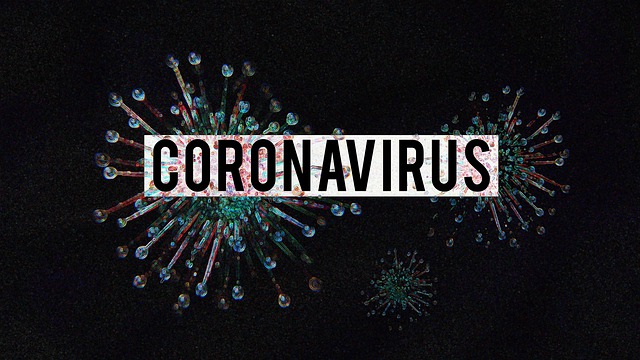 It has been almost 3 months since WHO released a public notice on the Coronavirus outbreak. As of 16th March 2020, over 169,000 cases of COVID-19 in more than 150 countries have been reported. Thus, it is a cause of global panic. However, there are ways to block the spread of the virus. Also, we can combat the death threat and stop it’s stretch & diffuse. As a primary team in the field of Astrology, it is our duty to not fan or flame the fire to induce fear among people. Amid the distress, here’s an Astrological point of view and prediction by India’s Best Astrologers on the impact of Coronavirus, the chronology, and the aftermath. Thus, read further-

Effect of Jupiter Transit in Capricorn

On Sunday, March 29, 2020, the planet of wisdom and maturity, Jupiter will transit in Capricorn. In Astrology, Jupiter is an orthodox planet, similar to Saturn. It governs the educational and spiritual aspects of our life. Also, it rules over good health. Specifically, it governs the throat area of the body.

Jupiter Transit in Capricorn will bring a hazardous impact all around the world. As a matter of fact, the impact of this transit could have added positive results. However, the influence of Capricorn Lord Saturn and Mars manipulate the effect into negative ways. There is a great number of people who are suffering in many ways due to this outbreak. But, there is only a few effects are visibly present in front of common people.

Covid-19 or the Coronavirus has shaken the world, while the economy has turned sour. But why there is an epidemic like corona, read ahead in Astrological point of view-

In Vedic Astrology, there nine planets. Each of them draws a singular impact on our life. In addition to this, they govern a specific area of our life. Although every planet in the solar system and every body part has its different or odd state and connection. Each planet bestows different benefits. Also, each planet cause stress. However, the planets which simultaneously affect a large part of human civilization are Saturn, Jupiter, and Mars.

Furthermore, planet Saturn, Rahu, and Ketu are the source of unexpected results. When Saturn is in its own sign, it creates bizarre conditions. As Saturn Transit in Capricorn on 24th January 2020, the world has begun to witness extremely peculiar circumstances. Therefore, Saturn has been a witness to great epidemics in the world. Let’s see when Saturn shook the world

In Europe, in 1312, when Saturn Transit in its own house Capricorn, people witnessed a massacre. In the form of the plague, a hazardous circumstance affected people. According to the records, over 75 million people died worldwide.

The disease took under it over 20 to 30 million Europeans from the Mediterranean and Western Europe from 1344 to 1348. It accounts for one-third of the total population.

As a matter of fact, Lord Saturn was in its own Sign. Therefore, people suffered a situation that the current generation gives examples of.

Furthermore, the Great Plague of London of 1666 leads to 100,000 deaths in England. At that time, it was 20% of the total population of London. Even then Saturn was anchored in its own zodiac sign.

Similarly, the third pandemic from China raised its head in the middle of the 19th century. It led to killing 10 million (one crore) Impact of Coronavirusple in India alone, and the disease first caused the plague in 1902, starting in San Francisco, USA.

At this time, Saturn is doing its own sign in Capricorn. It has now become the main factor of the deadly epidemic called the coronavirus. From March 15, Sun’s zodiac change will try unsuccessfully to provide some relief. Mars is currently in the zodiac sign Sagittarius.

However, on March 22, 2020, when Mars will stage Saturn’s zodiac sign in Capricorn, it will disturb human civilization. Then he will bring any more unpleasant news with this epidemic by pairing with Saturn. This sum is being indicated with loss of life and property due to natural calamity with an accident.

However, at 7:00 pm on the evening of 29 March 2020, Jupiter’s entry into Capricorn will pour water on this boil of Saturn-Mars. The conjunction of Saturn-Jupiter’s will come like a breeze of cold air in today’s scary landscape and will heal and the antidote of this epidemic will decrease.

On the evening of May 4, 2020, at 7.59 pm, when Mars will release the body from Saturn and enter Aquarius, the negativity of the world will decrease and the auspicious results will increase and the circumstances will change in the middle of May.

The stars indicate that the epidemic will end in a jolt. Till then, caution will be the medium to reduce your suffering.

According to our Expert Astrologers, the month of April will be critical. The terror of Coronavirus will probably increase among people. Owing to this, the World Economy, Health and liberty will suffer a great loss. However, the impact of Coronavirus will come to its end in September.

Also, you may like reading about Deadly China Virus Causing Global Panic- What is coronavirus?