Indian Folklore that will give you goosebumps for sure 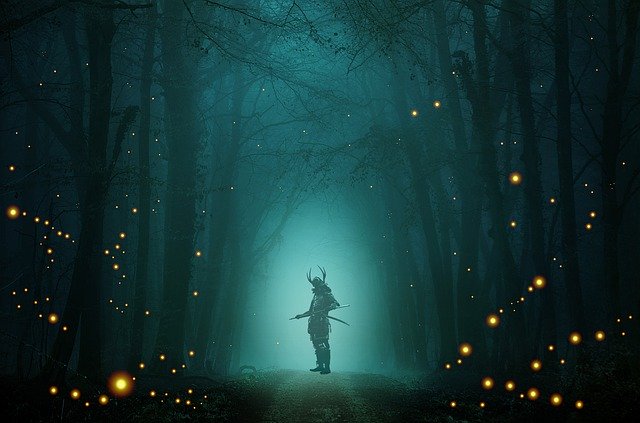 The scare of what (more precisely, WHO) hides in the darkness has never been any different. For years, they have been hidden in the dark, patiently waiting for their prey to arrive. They are as deadly as they are interesting. To name a few, we have come up with this article to bring that darkness to light. Here you have some of the most deadly and scary supernatural beings of Indian Folklore that could haunt you tonight.

An unknown demon who claws your face violently

The first Indian Folklore is Muhnoochwa. Muhnoochwa refers to a creature that claws at its victim’s face violently. In the early 2000s, the Muhnochwa inexplicably became the most mentioned phenomenon among the people of Kanpur. It was known for attack its prey in the middle of the night. Jumping on your face and scratching away any shred of familiarity. The ‘Face scratcher’ reportedly killed seven and injured others.

Lights that lead people off the secure path, to their death.

The hazy swamps of West Bengal are well known to be an abode for these ghosts. The locals recognize these as the spirits of the dead fishermen. They appear as a smoky figure. It leads people astray and into the depths of the swamp beneath.

Literally translating to ‘The Call of the Dark’ in Bengali, this spirit calls out to its prey in the still of the night. In the voice of someone whom the person trusts. The voice, at first, seems to be a little farther from the person, causing him to go astray. Then, this evil spirit reveals its true form before robbing them of their life. This spirit can only call out a name two times.

Knocks on doors, killing the unlucky few that open up

Some areas of Bengaluru are the habitat of a witch that roams the streets knocking on people’s doors. In the event that one opens the door, they are sure to lose their lives. That is why one has to write ‘naale baa’ (come tomorrow) on their front doors. So that they can save themselves from this witch. This is the reason why in some pockets of Bengaluru April 1 is seen as Naale Baa day.

The Assamese believe that ponds and lakes are the residing places for the Baak, a horrible creature. The baak is known for its murdering nature. Once killed, it hides the victim’s body in the depths of the water bodies. Then, it takes the appearance of the victim and searches for more people. Also, it likes to eat fish.

A demon that attacks unknowing people in their sleep

As per the Bengali culture, the Boba is an evil spirit that is known for attacking people that sleep on their backs. By strangling them to death. Boba is also a paranormal reason behind sleep paralysis.

A demon that possesses people’s minds, driving them insane

Indian Folklore is never quite complete without a Pishaacha. Feeding on the flesh of the dead. Pishaachas are usually in graveyards and other venues that have death and dirt in abundance. This spirit can drive its victim mad by taking control of their mind.

Old wells, trees, and forests of south are the roaming grounds of this female ghost. The spirit is that of a woman who died without ever knowing what love is. Her legs are of fire and she possesses a strong, deadly fragrance.

It lures men atop palm trees, kills them and drinks their blood

This folklore hails from Kerela. This ghostess is that of a woman that died a very gruesome death. Tall palm trees are her abode. She takes up the form of a tempting, beautiful woman, bringing men to her home where she drinks their blood.

The Odiyaan, black magic doer can turn any human into an animal. He searches for his victims at night, with oil made of baby’s blood on his body. A little touch from him could render any human dead.

So, the next time you are on an unlit road or in your kitchen at midnight for a craving, don’t look back.

Multiply Your Money With These Astro Tips
Views: 2630