The music genre that you love, according to your zodiac sign! 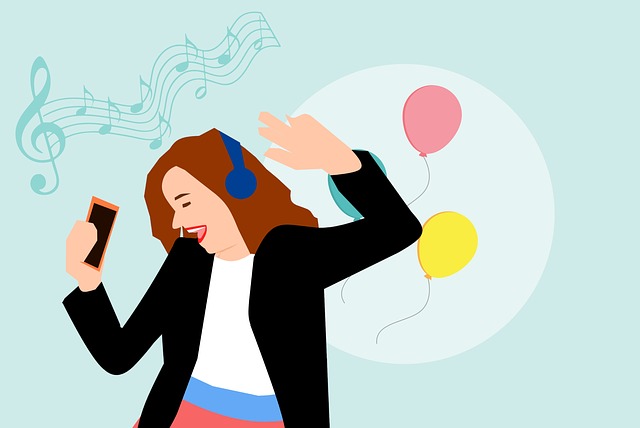 Music is an art form that triggers our feelings differently. It is a vital part of all of our lives. Everyone has their favorite music genre. Some people prefer rock and loud music, whereas some enjoy the calmness of classical music. Surprisingly, one’s music tastes can be influenced by their zodiac sign. Let’s take a look at what one’s zodiac sign tells about the music they love!

Aries natives are impulsive and their musical tastes steer towards dance, house, or techno. The strongest trait of Aries is movement. Aries is full of fire and are constantly on the go! They like anything that moves and has a good beat. They like feeling the music through their body rather than their ears! Aries love rock music as they are bold and full of adrenaline just like rock music.

Taurus is an Earth sign. The need for comfort and stability is a common trait associated with Taurus. So, Taurus are natural home birds and veer towards cultural tunes since they find it calming. They love listening to folk, classical, and country music. Taurus loves listening to music that reminds them of their childhood. We can often see them listening to songs that were famous in the 70s and 80s for this reason.

Gemini is an air sign. High energy, movement, and versatility are common traits of Gemini. Geminis have a real youth side to their personalities and therefore prefer lively music such as electro and techno. They love dancing to music. High energy songs appeal to the Gemini. They love music that keeps them on their feet as this matches their personality. Geminis like it when music can be a conversation starter –and they love teaching people new things about music. Gemini considers music to be much more than entertainment – they consider music as a whole new learning experience.

Cancer being a water sign and associated with emotions loves emotional and deep music. These people like sensitive, soft, and romantic music. They focus on the lyrics than the beats in any song. They love songs that are full of lyrics that touch one’s soul. Genres like R&B and Blues appeal to Cancers. They tend to prefer delicate instruments such as harp or piano.

Leo is extroverts and can naturally unveil their inner superstar. They are known for popularity and being in the spotlight. They like taking the lead role. Leos love theatrical music and shows. Also, they enjoy pop songs that are currently trending. Since these tunes are very popular, they resonate with Leo’s personality.

Virgo is generally shy and serious people, they are fond of medieval music which sends them a spiritual message. Virgos are all about cleanliness and intelligence and so the cleanest type of music fits Virgo the best, and that is classical music. A Virgo doesn’t pay attention to the lyrics of a song. They love classical music as it taps their intellectual side which helps them in learning.

They love romantic beats. This zodiac sign represents love as it is ruled by the planet of Venus. Libras enjoy romantic songs as well as country music. Since Country music is filled with catchy beats and has lyrics all about love, it appeals to Libra. Libra also tends to relate best to country music since it allows them to incorporate their favorite songs in whatever they do! Country music can touch the soul of a Libra in a way that other genres can’t.

With a pressing desire for freedom, along with their daydreaming personalities, Scorpios love jazz` and rap. The Scorpio is the most intense sign that loves deep and meaningful things, which is why they love listening to rap and hip-hop songs. In rap, the lyrics are intense and deep and this satisfies the Scorpio’s earbuds! To a Scorpio, the rap songs are more like poems than just lyrics and melody.

Sagittarians are known to be aggressive, anti-conformist, rebels, so what better for them than hard rock or metal. They are also known to love International music. A Sagittarius hates limiting oneself to only one kind of music. They love music from varied cultures – this helps them open up to various cultures at once. So, they enjoy listening to one song from an Indian artist, and another from a Latin American artist, and so on!

Capricorns are serious, distinguished, and sophisticated. Jazz is the music genre that speaks to them the most as it is intelligent and sophisticated. No other genre is as appealing to a Capricorn as jazz. Creation of jazz requires a lot of hard-word and dedication and not everyone is a pro at creating jazz music genre. Similarly, a Capricorn puts in a lot of effort to achieve their goals. So, jazz is more like a representation of a Capricorn than a genre.

Pisces are artistic and a creative zodiac sign, they look for beauty everywhere, hence opera is a suitable genre for their sharp musical tastes. Pisceans as a zodiac sign has the deepest connection with music than any other zodiac sign. They love complexity in music and lyrics. Hence, Pisces can relate to the indie music genre and opera the most.

Further, you may like reading about Most Clingy Zodiac Signs

Ideal Rakhi Gift For Your Sister During Pandemic
Views: 1378

Benefits of Reiki Healing for each Zodiac Sign
Views: 3447

The best hobbies for you – Discover through their zodiac sign
Views: 4199