Nag Panchami 2020- a day to offer prayers to Snakes

Nag Panchami 2020- a day to offer prayers to Snakes 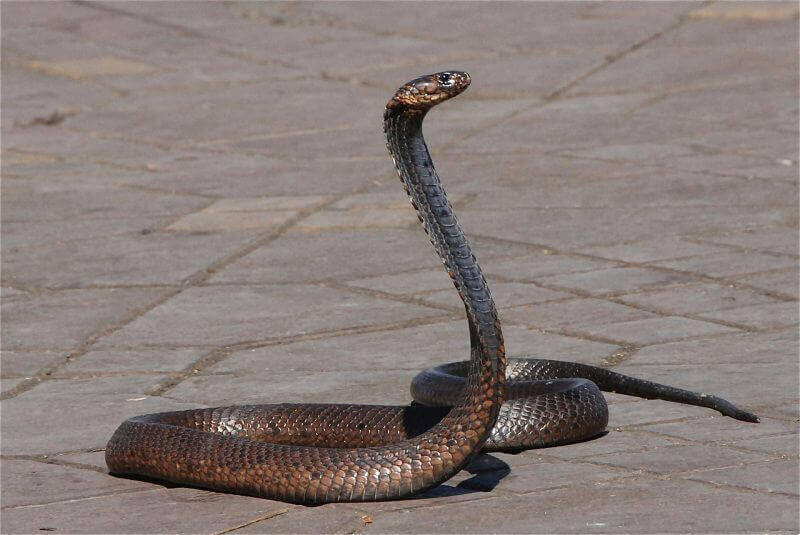 The Universe bows to Lord Shiva. May the day of Nag Panchami bring courage, fortune, and success to everyone’s life

Naga in Hindi and Sanskrit means (Cobra) Snake. The Naga Panchami is the traditional occasion of worshipping and offering milk to snakes. The festival falls on the fifth day of the moonlit-fortnight in the Shravan month according to the Hindu calendar. In India, every year people celebrate Naga Panchami with great enthusiasm in the month of July or August.

Hindu culture & tradition this day is popular for devoting snakes as the superlative deities. It holds a momentous position in Hindu mythology.

The tales of snakes have a noteworthy column in Hindu mythologies and utmost being the Sheshnag of Lord Vishnu is one of the most talked about. In India, every year during the festival of Naga Panchami people worship snakes and offer milk to snakes in their honor. On this day, people bathe the snakes with to ensure the freedom of their families from the threat of snakes.

This day holds a significant spot for the devotee of Lord Shiva. The Shravan month is dedicated to Lord Shiva because the snakes play a vital part in his life. People offer flowers, rice, and milk to snakes and pray for their blessing.

In Hindu religion, snakes have a huge connotation. The folk tales mention, it is very auspicious if a snake comes to the house on the day of Naga Panchami. Hindu mythology also mentions ploughing fields is prohibited on this day. Snakes have value prevailing than humans because of their association with Lord Shiva and Lord Vishnu.

In India, snakes have significant values and there are many temples built in the honor of snakes. People across the country perform rituals of honoring snakes and pray for their goodwill. A special kind of music is played on this day. Folks use haldi and kumkum and flowers for decorations. For worshipping the snakes, people offer plenty of milk.

Some people carry out this festival on a grand scale where they call priests for Puja. The priests perform rituals and in return, people take their blessing and offer Dakshina.

Why Do People Offer Milk to Snakes?

Every year, people offer plenty of milk to the worship idols of Nagas. People perform this ritual with a belief that it would protect them and their family from all form of evil energies. This ritual has the significance of devoting Snakes as divine deities and seeking their blessings.

Legends of Hindu Mythology narrate the tale of Nag Panchami. The story states in concurrence with the origin of Mahabharata, Janamejaya who was the son of King Parikshitperforms a ritual Sarpa Satra seeking revenge on the death of his father because of snakebite by Takasaka (king of snakes).

A group of people creates potent sacrificial fireplace which attracts every snake. The king of snakes, Taksaka escapes the fireplace and reaches the world of Lord Indra to seek his protection. The sages increase their tempo and chant Mantras to drag Taksakain the Agni Kund. As a result of powerful Mantras, Indra fails to help Taksakaand accompanies him in the Agni Kund.

This worries the Gods and they plead Goddess of snakes, Mansa Devi to arbitrate and help. Upon this, Mansa Devi sends her swastika and he impresses Janamejaya with erudite traits. Janamejaya stops SarpaSatra and spares the Life of both Taksaka and Indra along with other serpents. NagaPanchami is a tribute to the Nagas. In the Hindu calendar, this is the day of NaviVardhini Panchami.

Another tale of this festival is that Lord Krishna takes the initiative to retrieve the ball that stuck on a high tree. This makes Lord Krishna place himself in front of river Yamuna which is the home of serpent Kaliya.

The serpent doesn’t agree to Lord Krishna’s order to stop poisoning the river. Upon this, Lord Krishna fights with him and overpowers him. Kaliya begs for his apology and promises to never come back.

Fête of Naga Panchami also has numerous rituals just like all the other Hindu festivals. On this propitious day, women of the housecraft a snake on the doorstep with the cow dung. Following the customs and rituals, Kusha grass, milk, Akshat, and sandalwood is offered to the snake.

Afterward, people bathe worship idol of a snake with milk and pray for forgiveness of their flaws. The preparations of special offering take place and devotees cook vermicelli (Sevai), laddoo, and kheer. Mythological legends mention worshiping snakes of chamatkarpur allows the fulfillment of all the wishes.

On the day of Naga Panchami, milk has a prominent role in foodstuffs & dishes. A person can cook numerous delectable offerings for family and guests. Here are some helpful suggestions-

Nag Panchami Celebration all Around India

Hindus across the country celebrate Naga Panchami with zeal. This festival has a special recognition in a few parts of India like Ujjain and Gujarat. The Nagchandreshwar Mahadev in the Mahakaleshwar Mandir of Ujjain opens the door for the devotees where the admirers pour in since early in the morning of Naga Panchami.

Devotees bathe the worship idols of Sheshnag with milk and present flowers and rice in front of it. On the sacred day of NagaPanchami, people pray for paradise with blissful milieu & freedom. People also organize fair on this day.

Alongside the religious and social reasons for worshiping snakes, there are Astrological reasons for the celebration of NagaPanchami.

In accordance with the Astrology, besides the yoga in the Kundali, we consider Dosha (flaws) as well. The Kal Sarpa Dosha is one of the most hazardous flaws in Kundali. It has numerous types. Worshiping Sheshnagand snakes on the day of Naga Panchami offers redemption from the Kal Sarpa Dosha. Along with this, the devotion of Lord Shiva and offering a pair of Naga (male and female) ease the harm of this Dosha.

Naga Panchami falls in the month of Shravan in Shukla Paksha according to the Hindu calendar. Devotees serve offerings to guests and family on this day.

This festival is observed through clean-up of living area, worshiping of snakes, chanting devotional Mantras, and serving devotional offerings. Some people also invite Brahmins to their homes for meals.

In the year 2020 the festival of Nag Panchami falls on 25th July.

You may also like to read about Lord Ganesha.