Past Life Regression: Do You Have A Past Life? 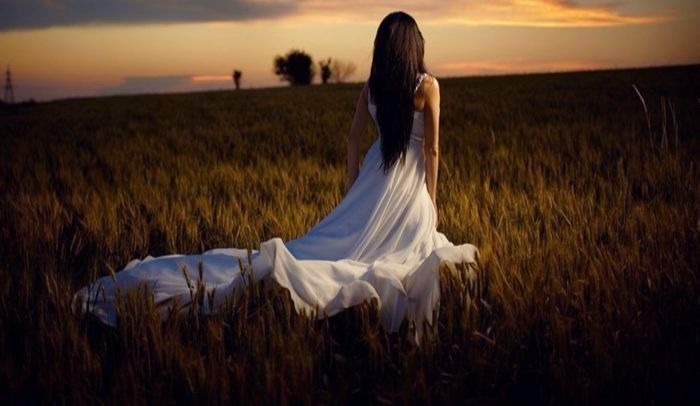 Past Life Regression is Real?

Do you know you had a past life?

Will the Past Life Regression Therapy be beneficial for me?

Will it help me discover answers from my Past life?

Past life regression has always been an eyebrow-raising topic from the past few decades, where people gradually want to know more about how their past life has been for distinct reasons and purposes.

They seek answers for several queries and questions about the events happening in their lives. The therapy enables them to discover their past life events and why certain things take place in their lives.

Moreover, it embraces an individual with a wider mindset where they can effortlessly explore life experiences in the past. In addition, it also enables them to eventually energize their souls.

Since it deeply enriches an individual to identify their mental, emotional, physical and also their spiritual levels. Past Life Regression works on the root cause to briefly identify the problem and thereby identifying an effective solution for the same.

What Is Past Life Regression?

Daily we come across several individuals who have distinct phobias from certain things. We hear them saying-

“I cannot look down from the seventh floor of my balcony!”

Often, we hear individuals indicating their fear of heights, water, fire, open places, darkness, clouds, strangers and various other things or elements. Many of them are unaware of why they have such fear or phobia when they have witnessed no such experience or similar activity in their current life.

We often come across individuals who tell their Past Life Regression Stories and how undertaking a therapy has transformed their lives in distinct ways.

Past life regression method aims to retrieve memories of an individual’s past life. This method includes hypnosis in which an individual’s capacity to respond which enhance their perspectives.

The modern technique serves an individual with a lot of fruitful insights about why certain events affect their lives. It plays an explicit role in soothing multiple interpersonal relationships and overcoming certain phobias in their lives. Whilst, also healing several chronic diseases they suffer from in their current life.
Several astrology guide also determine how important Past Life Regression is into one’s life.

Past life regression therapy is undertaken in pursuit of a spiritual experience or in a well-established psychotherapist setting. If a person wants to know about his past life, they are undertaken in hypnosis. Which enable them to ask various questions about the various events or incidents happening in their lives. The therapy acts as a medium for an individual in attaining insights about the fascinating journey about their past lives.

Moreover, Past Life Regression therapy also brings in light their hidden talents and hobbies. Whilst, also making them acknowledge the lost purpose, they have been looking for.

There are several famous celebrities, who have taken the Past life Regression therapy to know more about how their past life has been.

Michael Jackson was a famous American singer, songwriter, and dancer. He still makes his place amongst the most dynamic personalities and versatile artists. However, a lot of us have several questions about his past lives.

“Who was Michael Jackson in his Past Life?”

Books published in the 1970s indicate his reincarnation to be that of the renowned musical genius Wolfgang Amadeus Mozart.

Likewise, similar theories surround them where they both belonged to a musical family and were born as a 7th child in their respective families. Moreover, both of them had a childlike personality in their adulthood.

Michael Jackson’s past lives may indicate his Peter Pan syndrome. His latest and last incarnation was the only life in which he survived the past 14 years of age.

His first life was as the son of a royal courtesan in Burma around 100 B.C., followed by seven consecutive lives of poverty. All of which ended in early deaths from sickness or starvation. This mix of early wealth and repeated hardship were the major cause of the factors affecting his life.

One of the most prominent stars of Hollywood’s Golden Era, Elizabeth Taylor led an eminent life. In her lifetime, she got married eight times, won multiple Academy Awards, and was a leading Humanitarian Figure in the fight against HIV/AIDS—before succumbing to longstanding heart problems in 2011 at the age of 79.

Taylor’s beauty, wisdom and spiritual inclinations (she converted from Christian Science to Judaism at 27) demonstrate the sum total of her 44 past lives. Taylor’s first incarnation was as a wealthy, religiously devout Babylonian woman named Anata who lived in the second century B.C.

Taylor also lived as a Benedictine abbess in Switzerland in the 1500s and as a self-indulgent aristocrat on the periphery of Marie Antoinette’s coterie in the late 1700s. But it wasn’t until her “latest and last life” like Elizabeth Taylor.

“Innovation distinguishes between a leader and a follower.”

Once a genius, always a genius the brain behind the world’s biggest computer brand was incarnated only once before—like the 16th-century Florentine mathematician and physicist Galileo Galilei.

Hence, aside from their visionary thinking. Galileo was in support of a heliocentric theory of the solar system. Which was at the time deemed heresy, and wrote a treatise on physics, “Discourses”. Furthermore, it later inspired Albert Einstein—Jobs and his predecessor shared other traits.

They both received several appraisals and acknowledgments for aesthetics into their scientific quests. Galileo trained briefly as a painter, while Jobs’ eye for design played a crucial role in Apple’s success. Moreover, both their careers were cut short by illness and disease.

Jobs won’t be returning for another incarnation on Earth but he’s not done moving mountains yet. According to Browne, “[h]e’s already hard at work on the Other Side, infusing the results of his research and experiments—in this case revolutionizing space travel… to be actualized by some of the greatest minds here on earth.”

Martin Luther King, Jr. has spent eight lifetimes on Earth towards the perfection of his spirit. Likewise, his most prominent and influential was in establishing him as a civil rights hero, took place in Massachusetts in the 1700s. King Jr. name was Thomas, and he was the son of an abusive “Hellfire-and-Brimstone Traveling Minister”. Whose uncontrollable anger eventually led to the death of his brother, Andrew.

Further on, shortly after this, Thomas left his family to pursue medicine. While his father’s behavior initially turned Thomas away from religion. Moreover, he rediscovered his faith in God in his adulthood. Thereby, finding it as one of the greatest pursuit in it the strength to pursue his career as a doctor with an explicit dedication.

Book Your Past Life Regression Therapy Today With The Best Indian Astrologer Today!

Past Life Regression: Do You Have A Past Life?
Views: 1616