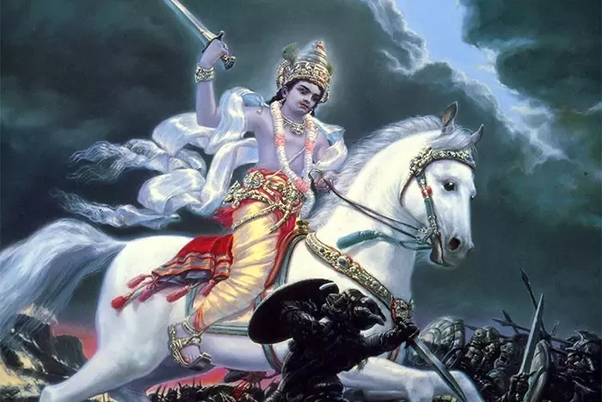 Bhagwat Puran Hindi is the most revered Purana of Hindu society in all the Ved Purana in this period, for hundreds of years, Bhagwat Purana Katha (Shrimad Bhagwat Katha) has played an important role in establishing the religious, social, and temporal dignities of Hindu society. Have been It is the main text of the Vaishnava sect. In the Bhagavata Purana, the esoteric and mystical subjects of Vedas, Upanishads, and Philosophy have been described with great simplicity. It would be more expedient to call it an encyclopedia of Indian religion and culture.

This Purana gives all kinds of well-being and mitigates tri-heat, physical, semi-spiritual and spiritual, etc. This is a great book of knowledge, devotion, and disinterest.

There are twelve wings in the Bhagavata Purana (Bhagwat Puran), in which only the incarnations of Vishnu are described.

10 prophecies written in Devi Bhagavata that will come true in Kalyug:

The place of Srimad Bhagwat in all the Puranas

Bhagwat Purana is the fifth place in the order of Puranas, but it is the most famous across the globe. Vaishnavas consider this Purana of 12 wings, 335 chapters, and 18 thousand shlokas as Mahapuranas. There is also an abundance of higher philosophical ideas. The full name of this Purana is Srimad Bhagwat Purana.

Also, you may like reading, Why Krishna did not kill the cruel Kaliya Naag

Multiply Your Money With These Astro Tips
Views: 1719