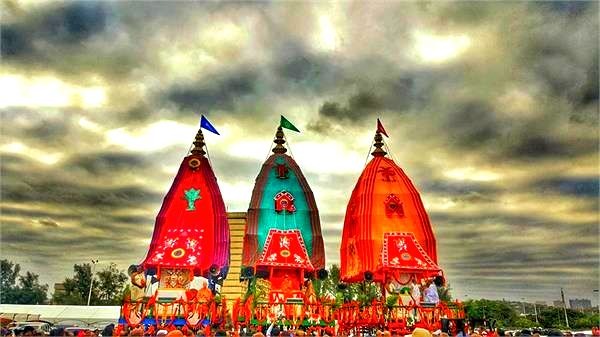 Jagannath Rath Yatra is also known to people as Chariot festival and Rathayatra or Rathajatra. It is a grandeur celebration that has a grand public procession in a chariot. The Rath Yatra attracts millions of Hindu and other devotees to join the procession every year.

The festival of Rath Yatra annual takes place in the Indian state of Odisha. It is also celebrated in West Bengal, Jharkhand, and other Indian East states. However, the gala of Odisha Rath Yatra observes the largest number of people in the public procession.

In the procession, the festival involves a chariot with divinity idols of Lord Vishnu in the form of Jagannath, his brotherBalabhadra and his sister Subhadra along with a Chakra (Jagannath’s weapon). The public procession carries all the deities on a Rath (wooden chariot).

In accordance with the Hindu calendar, the festival of Rath Yatra falls on the Ashadha Shukla Dwitiya which is the second day in the bright fortnight of Ashadha month and ends on Ashadha Shukla Dashami. Commonly, according to the Gregorian calendar, the celebration takes place in the month of July every year.

Aura and Involvement of Rath Yatra 2021

The Rath Yatra festival is one of the most celebrated festivals of India. Every year, millions of people come to Puri to become a part of the Yatra.

These Rath hold splendid appearance in vibrant colors and designs.

The term is an amalgamation of two Sanskrit words, Rath which means carriage of chariot and Yatra which means journey.

The celebration of Rath Yatra has association ofLord Jagannath. This festival is celebrated in the eastern states of India. Odisha is the place where the Rath Yatra takes place in the olden times. The description of this event has its mentions in Brahma Purana, Padma Purana, Skanda Purana, and Kapila Samhita.

The Splendor of Rath in the Yatra

The primary attraction of the event is the intricateJagannath Rath. All the preparations of devotees & volunteers to construct and decorate the Rath start on the day of Akshay Tritiya. The three main chariots are pulled by hands using 50 meters long ropes. Devotees pull the ropes to travel the Rath to its destination. People pull the rope with a belief of adding into their good deeds.

In this annual year celebration, the devotees take worship idols of Lord Jagannath which has no arms and no legs. It is one of the vital information about the festival of Rath Yatra. However, most the people are still unaware of this fact.

According to the mythological tale, once LordJagannath comes in the dream of a King and instructs him to carve his wooden idol. Lord Jagannath mentions that the idol must be seen by anyone only after it takes the final shape. However, the king becomes impatient and takes a peek of the idol. Later, the work would not make any progress and it remains incomplete. People worship this form of Lord Jagannath with a belief that it signifies the imperfection among humans.

Custom and Gala of Rath Yatra 2021

The occasion of Rath Yatra takes place to commemorateLord Jagannath’s wish to visit his birthplace every year. This festival is the celebration of taking God to his birthplace Gundicha Temple with his sister and brother.

The customs involve large worship idols of three deities. All the devotees collect together and take the wooden idols in three beautifulRath from the Jagannath Temple, Puri to the Gundicha Temple.

Devotees bathe the idols with 109 buckets of water which is known as Snana Purnima. Afterward, they place the idols in the Rath and scream the chants with great enthusiasm and priests accompany them with coaches. On the day of Snana Purnima, you can hear the holy chanting and sound of coaches from a distance.

Finally, on the day of procession, the royal heir of Odisha performs holy ritual of Chhera Pahara. In this, the king sweeps the chariots and decorates with flowers. Later, he brings out the deities from the temple and place on it. Also, he cleans the ground on which the chariots move.

During the ritual of Jagannath Yatra, people believe everyone is the same in the eye of God. The Jagannath temple allows access to only Hindu devotees, however, on the day of Yatra, people with faith in God can visit the temple.

After the Yatra and Rath reach the Gundhicha temple, the three deities stay there for 9 days. Later, devotees bring them back home and this journey is known as Bahuda Yatra.

Devotees place the idols back in the temple the next morning. At first, the occasion of Suna Vesa takes place. It is changing of clothes of gods like newborn babies take place. This event signifies the end of the Rath Yatra. On this day, devotees return to their respective places till next year.

Unique Dishes on the Occasion on Rath Yatra 2021

People from all the corners of the country come for the Chariot festival. Here are the easiest ways to reach for the gala this year-

Traveling by air would make you save time. The nearby airport to Puri is in Bhubaneswar, Biju Patnaik airport. It is around 60 km away from Puri.

You can reach the city from the airport by hiring a cab. The Biju Patnaik Airport has fine connectivity with major Indian cities like Mumbai, Bangalore, Chennai, Delhi, Kolkata, and Hyderabad.

Puri has a great connection with super fast trains with prominent Indian cities like Delhi, Mumbai, Hyderabad, Ahmedabad, and Tirupati. Also, Puri is the last stop on the East Coast Railway which makes it trouble-free to get off the train.

There are a good number of buses to Puri from the Cuttack and Bhubaneswar bus stand. Also, you can hire a minibus for Konark. In return journey, you can take a direct bus for Kolkata, Vishakhapatnam, and Cuttack.

Every year, the devotees of Lord Vishnu eagerly wait for the festival of Rath Yatra. This yatra is also known to people as GundichaYatra, Navadina, and Chariot Festival. Each time, this festival observes a great number of devotees screaming and chanting holy mantras with enthusiasm.

In India, this festival has a belief in fulfilling God’s wish to visit their home.

Remedies to Please 9 Planets To Get Rid of Problems
Views: 50087 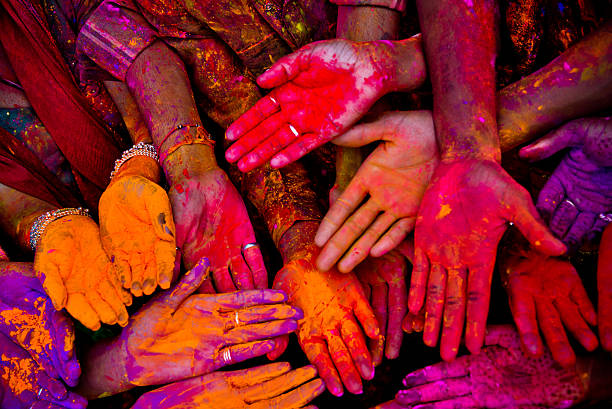