Comparison of Significance of the Seventh and Eighth Houses 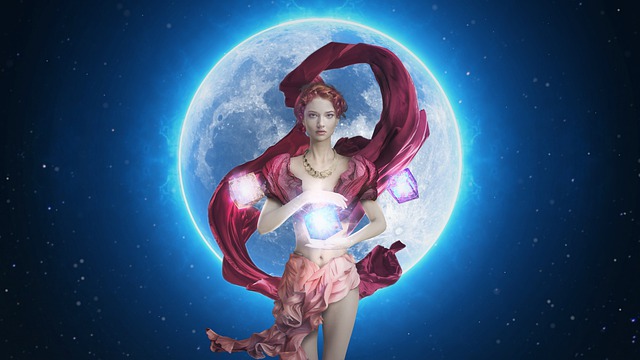 If you have read about Astrology, you already know there are twelve houses in Vedic Astrology. Each of these houses has its own significance, traits, and importance in the life of the native whose horoscope and natal chart is concerned. They have their own benefic and malefic qualities and effects on them. Further, some houses are neutral and their effects depend on the signification and the planets that are placed in those houses. As a result, the planets that reside in these houses have their corresponding effects. But that will not be the case in one of the houses that we are going to talk about in this article. It is the eighth house of Astrology. This house is generally considered to malefic in nature. Now, in this one, we will be talking about the seventh and eighth houses of Astrology, their significance, and importance.

We will also be taking a look at the traits, things, and everything associated with these houses. So, let’s go.

The seventh house in Astrology is associated with the Zodiac Sign of Libra. Venus is the natural significator of this house. It is also referred to as the Kalatra Bhava in Vedic Astrology. Kalatra means consort in Sanskrit. And as we will see a little later, the seventh house talks about your relationships. The seventh house also falls under the class of Angular Houses.

Significance of the Seventh House:

As aforementioned, the seventh house of Astrology is called as the Kalatra Bhava (The House of Consort). This house deals with your marriage and how everything related to the native’s marriage. People who you are attracted to, sexual desires, urge and desire of having a partner is determined by the seventh house.

This house also determines the traits we love in our partners (why we love them). The possessiveness that the native shows towards his or her partner are also the concern of this house. The seventh house of Astrology also shows how much you understand your spouse or consort. This house also deals with your ability and desire to have children.

The seventh house is the “House of Partnerships“. It represents all the partnerships we have, including marriage. This house governs the business partners, clients, agreements with them, and contracts. It also determines the success that the native sees in his professional life.

On the negative side, it also deals with the issues and problems with the native’s reproductive system. The seventh house of Astrology also governs the divorces, fights, and legal uses of the native’s business or company. This the negative aspect of this house.

This house is traditionally considered to be a very malefic house and for good reason. The eighth house determines the longevity of the native’s life. It also deals with the nature of the death of the individual. It represents the suffering that the native will undergo in his or her life. This house also brings about transformations in the native’s life. It can cause dissatisfaction and depression. It also brings about mental defeat, thereby, bringing about the defeat in all things.

The seventh house makes him or her lose mental peace. There will be physical ailments and misery to the individual. This house also talks about accidents that can happen in one’s life.

This house also has positive aspects related to it. Sudden things that lead to growth – mental, physical, or financial – are governed by the eighth house of Astrology. These include sudden gains, inherited wealth, alimony, and insurance.

This house brings about the purification of one’s asthma. This is due to the withdrawal of the person from the materialistic pleasures and the material world. Therefore, the eighth house leads to spiritual enlightenment and liberation, which is Moksha.

The seventh house rules over the body parts in the lower part of the body like the kidneys and the urinary bladder. It also has influence over the inner sexual organs – uterus, ovaries, and testicles. This is the reason why the seventh house is related to problems in having children. The seventh house in Astrology represents the country’s relationship with the other countries. This includes the trade, wars, allies and enemies, and the pacts with them.

The eighth house of Astrology governs the body parts like the pelvis and bowels. This house also rules over the outer sexual organs. These include the scrotum, prostate glands, and the genitals. This house of Astrology represents the causes and rate of death in the country. The eighth house also represents the defeats, scarcity, and financial losses.

Also, you may like reading Libra Season 2020- These are the Worst and Best Traits of Libra

Comparison of Significance of the Seventh and Eighth Houses
Views: 3631

Third and Sixth Houses in Astrology- Similarity and Differences
Views: 1740

Significance and Comparison of The First and Second Houses in Astrology
Views: 1304

Best to Worst Speakers According to Zodiac Signs
Views: 8847