Some Indian traditions and the scientific reasons behind them 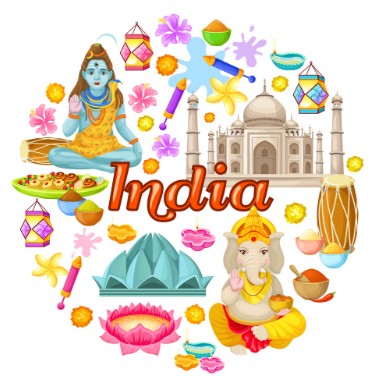 While growing up, often you would have noticed various traditions practiced in your home. And, at least once you might have thought or asked your mum, What’s the logic behind it? If this so, and you are still looking for answers, read here to know the scientific reasons behind desi traditions.

Scientific reason: Ayurvedic experts tell curd and sugar combination supplies glucose to the brain which boosts up the energy level. Anything sweet is called “Buddhi Vardhak’ in Ayurvedic terms i.e it can help in memory retention, concentration, and brainpower. Moreover, the curd is also known to have a soothing effect on the body and the mind. When one is calm and composed, one is able to retain and recall things better. Also, it de-stresses one and is a natural drug recharge for the brain.

In India, the eclipse is considered no less than any big day. People usually see it as a time when one should not step out of their homes. Many people consider it a myth. However, it is a ritual being followed since ages. During a solar eclipse, people usually sit at home and worship the Lord to bless them with a good year ahead.

Scientific Reason: Stepping out during this time may often lead to dizziness or feeling of being fatigued. Also, it can affect the decision making power of humans and the digestive system. In addition, if you may even have a glance of the eclipse, it can impact your eyesight

Since earlier times, people used to store water in the copper vessels. It has now become an Indian tradition and many people still keep it. In many households, you can notice people keeping the water in any container made of copper overnight.

Eating before sunset is a typically Indian tradition. Moreover, it is must follow rules in Jain tradition all over India.

Scientific Reason: It is scientifically proven that an early dinner is good for digestion. Hence, it contributes to weight loss as well. Eating late at night or too close to bedtime increases the risk of heartburn or indigestion hence it is not recommended. Early eating also leads to good and relaxing sleep and keeps the health of the heart in good condition.

Sitting on the floor and eating

It is also one of the desi traditions. Followed for ages, this tradition has scientific benefits as well.

Scientific Reason: Sitting on the floor with crossed legs while eating help in improving the overall digestion process. It triggers the abdominal muscles and increases the secretion of acids in the stomach. Also, it enhances blood circulation in the body and is effective in weight loss as well. In addition, sitting on the floor cross-legged while eating relaxes the mind and body and improves posture.

Fasting is one of the oldest traditions and is often associated with religion but do you know there’s even a science behind it.

Scientific reason: Fasting helps one in consuming fewer calories while boosting up the metabolism. It is highly effective to lose weight and fat in the belly region. Moreover, it also promotes blood sugar levels by reducing insulin resistance.

Sprinkling water around food plates while offering Prasad is also a common ritual.

Scientific Reason: Earlier people used to consume food in tree leaves while sitting on the muddy floor. Hence, there were chances of food getting exposed to the muddy floor. Therefore, water was sprinkled so that the particles of mud or dirt do not settle on the food items.

Also, you may like to read Vastu Tips for office ti flourish your business

Vastu Tips for Living Room- Give Your Home a Touch of Fortune
Views: 1782

Rakshabandhan Special: What type of sister you have?
Views: 1214

Trust Issues- Zodiac Signs That Have a Hard Time in relationship Due to It
Views: 2687