The Irishman- A proffer almost refused and dumped

The Irishman- A proffer almost refused and dumped 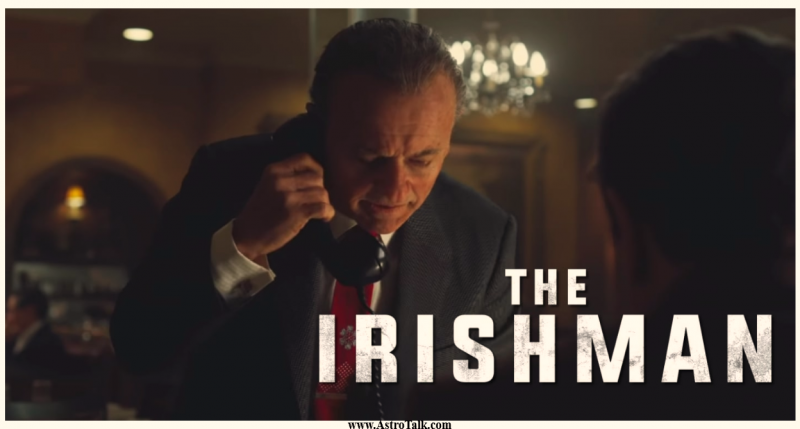 Make room, the new Gangster is here. “The Irishman”

“I heard you paint houses” “Yes I do so”

Didn’tthis small conversation give you the entire feel to rush and get your Netflix account?

One and all know Martin Scorsese is one of the most celebrated directors of the world and as the past few months he uploaded the video and announced his upcoming feature The Irishman , we all waited eagerly for its trailer.

Now that Netflix has finally dropped the trailer of The Irishman the internet can not keep calm.

Best known for the passion of adaptations, this year Scorsese brings Charles Brandt’s true-crime book.
I Heard You Paint Houses as the new feature with the countenance of cinema legends like Al Pacino, Robert De Niro, Anna Paquin, and Jesse Plemons.

The trailer has witnessed over 2.5 million views in less than 24 hours. So, along with the story, cast, location, and team, here is everything you would wish to know about The Irishman.

A Sneak-peek into the Story

Being a Scorsese creation, Crime and Drama would never stay far from this creation. The Irishman is a visual representation of popular crime book, it narrates the tale of an Irish-American man Frank Sheeran who is also a union organizer.

The Irishman sets in the era of World War II where Frank Sheeran, a mob hitman develops his skills during his service period in Italy. As the man grows old, the past event reflects and makes him turn a hitman. He plays a particular role in the vanishing of the Union Chief Jimmy Hoffa who is disreputably corrupt president of the International Brotherhood of Teamsters.

By far, in time Frank is claimed to be the murderer of Jimmy Hoffa, his old companion, and his connections with the Bufalino crime family.

Also, the narrative familiars its audience with many presumed Mafias and Gangsters from the lands of Northeastern Pennsylvania, Northwestern New Jersey, Southwestern New York, and Southern Florida.

The Hidden and Apprise Factors

And Known to least, The Irishman is a passionate yet long-winded project of Martin Scorsese.

Many would not believe, Robert De Niro has an association with the project for almost a decade. So, As a matter of fact, the film was originally taken by the distributors Netflix in the year 2017.

Issues like these over the preference of content on the popular platforms have been a topic for debate.
But Alongside, researches over content and platform state this to be a major reason for Amazon to win the race of Nominations for the Awards against Netflix. Looking into the situation, the platform has commenced buying up prestige-style dramas.

However, sticking to the original intention of the content, here is a little of Bufalino Crime Family and the representation of major aspects in the movie.

The Bufalino crime family is an Italian American Mafia crime family which operates in the Northeastern Pennsylvania, Pittston, and Wilkes-Barre.

The value and Class in The Irishman

The film has a historical representation to offer on the screens for their audience. Along with the association with seems promising for a flabbergasting narrative of crime, gangsters, and their lives.

However, Scorsese has an association with De Niro in his 1995’s Heat and the 2008’s Righteous Kill. On the other hand, Al Pacino appears for the first time in the Martin Scorsese film.

Release of The Irishman

The film schedules its world premiere on September27, 2019, at the New York Film Festival. Also, it would knock a few theaters following the digital streaming in 2019 by its original distributor Netflix.

In case you missed the Trailer, Here is the Link –

The Impressive Details about The Irishman

On the other hand, the screenplay for the film comes straight from the writer who masters designing splendid visuals on paper.
Steven Zaillian and the very popular film editor Thelma Schoonmaker.

These were some major details about The Irishman.
And You may also like to read about Which Avenger does your Zodiac Sign make you.

Click Here and consult the best astrologer of India.

I was really surprised that Joe Pisci was nominated for a Golden Globe but Robert De Niro wasnt!. I mean he was good in The Irishman but De Niro I think was better. Don’t you agree??

De Niro is the greatest. I do agree😊😊