The New Artificial Intelligence Discovery: Boon To The Medical Field 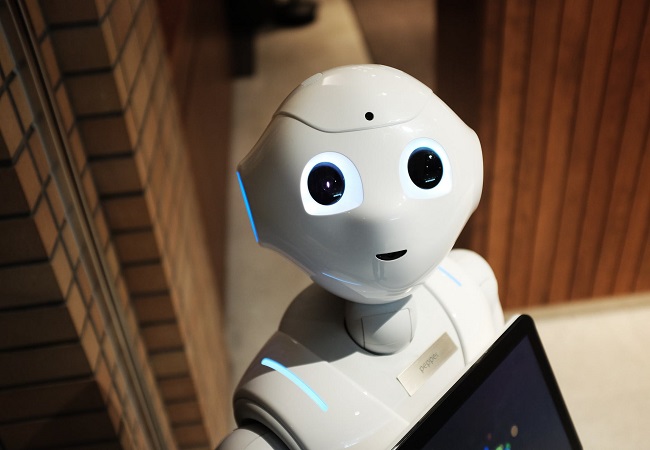 Artificial Intelligence will now be able to revolutionize the medical field sector. According to World Health Organization, there area about billion people round the world who are in contact of infectious diseases.

Recently Deepmind, came up with a new technology which turned out to be a big breakthrough in the medical field. To discover more about how artificial technology is changing lives, read on for more details!

The Origin Of Artificial Intelligence-

Artificial Intelligence, a term which has become a household name now. Mega tech giants like Mark Zuckerberg, and many other well-known entrepreneurs, could not stop talking about how this technology.

Till now, scientists, analysts and tech geeks have come up with successful machines in developing automated devices and machines which outlined the whole AI technology.

After the first ever computer, Alan Turing, to computers by Bill Gates. With immense use of Artificial Intelligent technology, they were successful in discovering several intelligent machines.

Once Artificial technology, came into effect there was a bigger change in the perspectives of the people who started knowing about it. It directly affects in everything we do on a daily basis.

How Artificial Intelligence Will Benefit The Medical Field-

World Health Organization statistics suggest there are around 5 million deaths each year because of the combination of Malaria, AIDS, Tuberculosis and other diseases.

Approximately, billion people now are exposed to vulnerable situations where they get less or no healthcare facilities.

Over the past few years we heard about all the several technological progressions which took place lately in the medical sector.

The power of computing and machine learning has even provided this sector with a lot of enriched services.

Now Artificial intelligence has enabled the doctors to easily access the medical imaging data and severe health statistics. Earlier, these health stats were difficult to spot on. Moreover, it is also beneficial in identifying the changing patterns of the data.

Now medical imaging like X-rays, brain scanning and ECG measurement. Thereby, it has enabled the medical field to get outcomes which are at times difficult for a clinician to predict. It even analyses larger volumes of data through automated machines.

Google-bought and Alphabet-owned Deepmind, who have come up with an innovate automated machine. This enabled the medical experts to predict acute kidney injury at the 48 hours before period, faster than the time taken by the current diagnosis machines.

Acute Kidney injury is the abrupt deterioration of the kidney functioning. It occurs when there is a build up of waste products when kidney fails to rightly balance, he fluids in your body.

According to the recent stats, in United States, it affects around 3,00,000 people each year. This condition is often difficult to detect the medical experts.

Deepmind, with the help of Artificial Intelligence analyzed health records of over 7,00,000 adult patients. Analyzing such a huge set of data is nearly difficult for a human to come to a conclusion.

Thereby, the technology was able to predict the presence of acute kidney failure at 55.8% accuracy. The automated machine was able to conclude the results within just two days.

Artificial intelligence was able to detect the presence of diseases at an early stage. Much faster than the current machines have the ability to predict.

In increasingly extreme situations where patients proceeded to require kidney dialysis the AI had the option to accurately foresee intense kidney damage multiple times out of 10.

This new discovery of predicting acute kidney damage turned out to be the biggest medical breakthrough for Deepmind till date.

Other Artificial Intelligence Discoveries In The Medical Field-

With excelling in other sectors, artificial intelligence has enabled the medical field to have the latest devices and technologies in treatment of patients.

Cancer is the deadliest disease of all and requires a high-tech medical treatment before it spreads to various parts of the human body.

Prior this year, a Google innovation intended to all the more likely model and anticipate lung malignant growth had the option to beat guaranteed radiologist results.

The AI calculation was prepared on in excess of 45,000 chest CT checks, some of which highlighted malicious growths of different stages.

With a capacity to identify modest dangerous tissue in the lung knobs which were difficult to detect. Google says the calculation had the option to identify five percent more malignant growth cases than six guaranteed radiologists can predict.

Artificial Intelligence technologies were able identify patients with higher level of psychosis. It also predicted people who were on the verge on depression. In predicting patients social functioning, AI played a massive role.

It not only identified but also recognizing the issues earlier than clinicians could predict. Last year, a team of international scientists also predicted that Artificial Intelligence systems could detect the onset of Alzheimer. Six years before than the present scientific tools could predict.

Heart attacks have been increasingly become popular these days affecting the older ages. But this condition has now become popular in the younger ages too.

But lately Mayo Clinic, with the help of artificial intelligence analysed the data of around 1,80,000 patients and cam out with conclusion at a 83% accuracy.

In the coming years, we will foresee more artificial intelligence wearable devices like Apple Watch. This will enable the doctors to monitor their patients easily, and predict their health condition more accurately.

Our expert astrologers suggest, Artificial Intelligence will turn even more prominent in the coming years and will revolutionize the way we look at the medical industry presently.