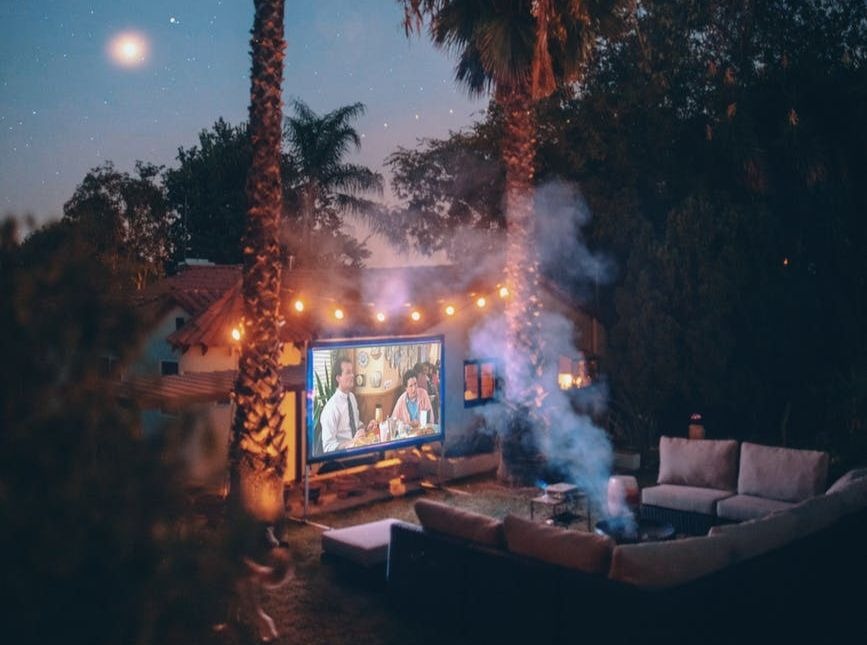 So the new year 2020 is just around the corner and you have decided to stay home. It’s that time when people are in full mood to party and drinking, but my new year celebration is a bit different this time. I’d rather stay snuggled under my blanket and go for a movie marathon. The simplest pleasures are to re-watch your favorite films. Binge-watching flick is my New Years’ eve plan. Having an all-nighter with your friends and family is an ideal scenario. Switch off the lights, get some freshly popped popcorn and a warm fuzzy blanket. You are all set, now all you need is to decide which cinema to watch. Worry not I have your back, here are some handpicked movies to make your night worth it. All you movie buffs check out the list of these best Hollywood and Bollywood cinema.

Queen was the most loved film of 2014, starring Kangana Ranaut as the lead role, and Lisa Haydon and Rajkumar Rao as supporting roles. It’s a light-hearted Indian comedy film centered around the protagonist Rani. Rani is an under-confident woman, who embarks on her honeymoon to Paris alone after her wedding is called off. However, an unfortunate event leads to more interesting ones and her stay in a foreign land is truly inspiring and hysterical. It won the National award for the best movie of 2014 and Ranaut as the best actress. A women-oriented movie that taught us that it is important to come out of comfort zones. Rani made us realize that life never stops even if people will come and go.

YJHD is a 2013 romantic drama film, with Deepika Padukone and Ranbir Kapoor as leading roles. Moreover, Aditya Roy Kapoor and Kalki Koechlin are in supporting roles. Kabir also is known as Bunny a young reckless guy, always high on life meets Naina the meek nerdy student on a trekking trip. Naina finds herself falling for Bunny but fails to express it. They both part ways and meet at a friend’s wedding in their late twenties and eventually fall for each other. A masterpiece in itself, it will give you an overview of human nature. The dialog that I quote to date is “Waqt Kisi ke liye nahi rukta, beet’ta waqt hai lekin kharch hum hote hai.“

3. Jab We Met by Imtiaz Ali

Jab We Met is a 2007 movie, starring Shahid Kapoor and Kareena Kapoor in the lead role. It’s a film that narrates the story of two people who are the polar opposite of each other. Aditya Kashyap has given up on life after his father’s death, he leaves everything behind and catches a train. There he meets Geet a chatty Punjabi girl. Consequently, she and Aditya face some unforeseen events, a night full of adventure. However, Aditya starts to develop feelings for her but she loves Anshuman, her boyfriend. She runs away from Bhatinda and is heartbroken when Anshuman rejects her. Aditya comes for the rescue and the rest is for you to find out. A movie that will entertain you throughout. Geet taught me that “mai khud ki favorite hoon.”

The 2011 movie, starring Hrithik Roshan, Abhay Deol, Farhan Akhtar, Katrina Kaif and Kalki Koechlin. Its a story of three childhood friends who plan a road trip to Spain. On their journey, they meet Laila and Arjun starts to develop a liking for her. Kabir faces some crisis with her fiancee Natasha, whereas Imran sets on a quest to find his biological father in Spain. Each one of them decides an adventure sport to overcome their fears. A movie that makes us realize the need for friends and love in our lives. If you are high on life and friendship and are passionate about traveling you should definitely give it a watch.

Gully Boy is a 2109 musical drama film, starring Ranveer Singh and Alia Bhatt in leading roles. One of the best Bollywood movies of the decade, Gully Boy narrates the story of Murad Ahmed who lives in the slum of Dharavi, Mumbai. Murad has an abusive father and a possessive girlfriend Safeena whos taring to be a surgeon. Further, he has an inclination towards rapping and goes against his father’s will. Murad’s road to hip-hop is not an easy feat. The movie gained considerable recognition all around the world. People who have suppressed their dreams because of some reason, you will get hope to pursue what you truly crave for. The story made me believe that “Apna time aayega.”

The Academy Award-winning movie, starring Bradley Cooper, Jennifer Lawrence, and Robert De Niro is a romantic comedy-drama of 2012. Pat Jr who suffers from bipolar disorder.is released from a mental hospital. Pat moves with his parents and decides to win his ex-wife. On his journey, he comes across a widow Tiffany. She offers help to Pat to find his ex-wife only if he takes part in a dance competition with her. They both gradually come close and various events follow that makes us glued to the screen. Guys a movie that will make you assured that every cloud has a silver lining.

2. Eternal Sunshine Of The Spotless Mind by Michel Gondry

A film that won the Academy Award for the best original screenplay, this 2004 movie had to make it to the list. Starring Jim Carrey and Kate Winslet, this romantic science fiction will make you question your existence. Joel a soft-spoken timid guy finds out that his ex-girlfriend Clementine undergoes a procedure to erase him from her mind. Joel is devasted and decides to do the same.

While Clementine starts drifting away from her memory, he realizes that he still loves her. Although he tries his best to clutch to that one memory, it’s too late. A movie that will bring tears to your eyes and make a strong impact on your soul. A mind-boggling and engaging film, especially for viewers who are into sci-fi.

Pulp Fiction is a 1994 cult classic, starring John Travolta, Samuel. L. Jackson, Quintin Tarantino, Amanda Plummer. The movie is no less than a roller coaster ride, Jules Winnfield and Vincent Vega are two hitmen who go on a hunt to find out the stolen suitcase of their boss Marsellus Wallace. The events unfold in such hysterics that it made it to the best movie of the century. Kickstart your 2020 by watching this one. Some memorable dialogs that are referred even today are “I dare you, I double dare you…..” The untraditional soundtrack with a hint of rock and roll and hip hop is amazing.

Bridget Jone’s Diary is a 2001 romantic comedy film, starring Renne Zellweger, Collin Firth, and Hugh Grant. The movie is about a 32-year-old single woman Bridget whos desperately in search of a match. Bridgets loves fantasizing about her boss whos very charming and the most eligible bachelor in town. She visits her parents on Christmas and they try to set her up with an old acquaintance Mark.

Mark finds Bridget uncultured and she finds him rude and self-centered. Things happen in such a way that he confesses his feelings to her leading to war between the two men. There’s a very delightful new year celebration scene in the movie we can relate to. This will give you the absolute holiday vibes and is fine for an evening. A flick that is funny yet very optimistic in nature.

Now Harry Potter had to make it to the list. Harry Potter is a fantasy novel, written by J.K. Rowling. The story revolves around the wizard Harry and his friends Hermoine and Ron, who fight against the evil wizard Lord Voldermort. The cast of Harry Potter is popular and large with Danielle Radcliffe, Emma Watson and Rupert Grint in the lead role. The movie holds a special place in my life. So, Potterheads its the best time to show your gratitude to the decade by watching all 8 series of Harry Potter.

As a matter of fact, for people who followed the franchise religiously in the era, this mysterious film is a part of their life and it makes them believe in magic. Also, the placement of the phenomenal supporting characters to add the right flavor to the movie and compliments its feel. Thus, watching the Harry Potter series is the best new year celebration idea in my opinion.

The Witcher series is a web series based on a novel and is streamed on Netflix. It stars former Superman Henry Cavill, Anya Cahrolta as the main lead. It’s a fantasy drama in which the protagonist Geralt is a monster hunter who believes that humans are more deadly than beasts. However, he then happens to meet a young princess and a sorceress that embarks on an adventurous journey.

These are a few movies that you can choose to watch as a new year celebration. Trust me it will be worth the time.

Also, you may like to read: New Year 2020 Celebration Ideas for Each Zodiac