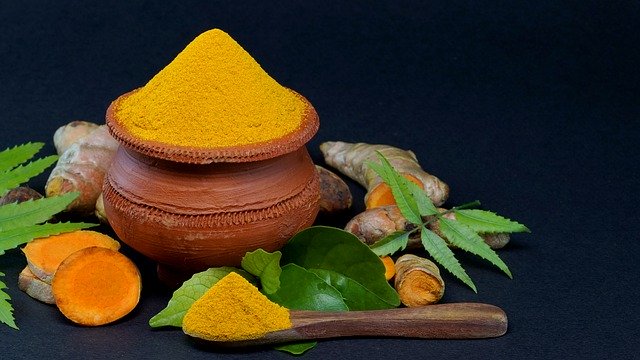 Indian dishes are known all over the world for their taste. And, you know what makes them exceptionally special? Yes! You guessed it right. The spices! Often used among spices in the Indian Dishes, Turmeric has many other benefits as well. Not only scientific but it has ayurvedic significance too. Having many health benefits, this herb is associated with astrology and mythology as well.

The use of this yellow herb dates back to nearly four thousand years to the Vedic culture of India. Then, it was used as a culinary spice and had religious significance as well. The word ‘Haldi’ is derived from the Sanskrit word haridra. It is referred to as Manjal in the south. However, the name turmeric derives from the Latin word terra merita, meaning meritorious Earth. It refers to the color of ground turmeric which resembles a general pigment.

Haldi is also believed to give the energy of the divine mother and to grant prosperity. It is a likeness of Lord Ganesha and hence He can often be seen carved in a whole turmeric root which invokes the strength to overcome obstacles and grant success and prosperity.

Turmeric contains some bioactive compounds with powerful medicinal properties. Also, it is a natural anti-inflammatory compound. Turmeric is a powerful antioxidant and hence plays an important role in preventing and managing heart diseases. Not only turmeric has this much benefits, but it also saves one from threatening diseases like cancer. Having anti-cancer effects, researches have shown that turmeric or Haldi can reduce the spread of cancer and contribute to the death of cancerous cells. Moreover, it has beauty benefits as well. It helps in treating various skin problems and is effective for glowing skin. In addition, Turmeric can also be termed as brain food. There is evidence that this yellow herb can cross the blood-brain barrier and hence can protect one against Alzheimer’s disease sufferers.

The use of turmeric is not only limited to daily use but it also has a special significance at weddings. The Haldi ceremony is a pre-wedding ceremony in India. Haldi along with oil and water is applied to both the groom and the bride by the married women on the morning of the wedding day. This mixture is believed to be auspicious for the couple and have the properties that leave the skin fair and glowing. In Indian Ceremonies, Haldi is supposed to bless the couple and signifies protection. The ingredient and its bright yellow color bring prosperity to the new couple to start their new life.

However, some people mix it with sandalwood powder and milk while the others with the rose water. It is a fun-filled ceremony accompanied by traditional dances, music, and lots of laughter. Haldi holds importance in Indian tradition because it is also believed to cleanse and purify the body. It removed dead skin cells and detoxify the skin. In addition, it is also believed that haldi has the power to ward off evil spirits and negative energies. Hence, due to this reason, both the bride and groom are not allowed to leave their home before the wedding.

Not only scientifically, haldi has many benefits in Ayurveda as well. It promotes digestion and supports the brain and nervous system. Also, it maintains a comfortable joint movement and supports healthy blood sugar levels. Apart from this, this herb also nourishes the heart and circulatory system and bolsters the immune system.

How to use turmeric?

After knowing thousands of benefits of Turmeric, the question arises on how to consume it? Well, your answer is here. Turmeric can be used in any of the Indian dishes and most mothers have been using it for ages. Cooking with turmeric is the best way to consume it without adding extra effort. However, you can also consume turmeric milk or a paste of turmeric and honey. Turmeric ginger tea is also a great option.

Also, you may like to read Vastu tips for office

Vastu Tips for Living Room- Give Your Home a Touch of Fortune
Views: 1801

Rakshabandhan Special: What type of sister you have?
Views: 1228

Trust Issues- Zodiac Signs That Have a Hard Time in relationship Due to It
Views: 2718