Game of Thrones- Which character are you based on your Zodiac Sign? 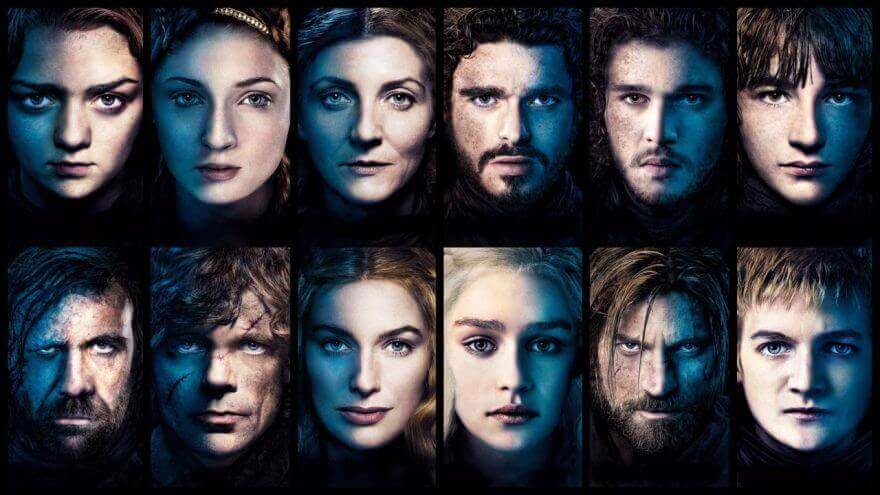 Winter has finally come on Game of Thrones. There are very few shows that have as many great characters as GOT. From Cersei Lannister to Viserys Targarian. Some have gone through drastic changes such as Sansa Stark (from being a soft feminine character to a badass queen). Others have established themselves as one of the most effective villains to have ever been depicted on the screen like the psychotic King Joffrey Baratheon. I mean, Who doesn’t loathe him? Despite all of that we love GOT. So, if you are someone who has theorized on relating the Throne’s characters with different Zodiac sign and dying to know which one aligns according to your planetary positions.

Then, you’re at the right place. Let’s begin!

Aries is a zodiac sign that represents intelligence, confidence and extreme independence. They can be super-fiery and bold. So, Daenerys would be the perfect character to embody this sign.

As she yearns for power and is ready to build an army for that, so are Aries in the battlefield of life.

Since the sign itself is interconnected with mercury, people born under this sign are quite short-tempered which lead them to be impulsive and stubborn. Plus, Daenerys is quite a fire sign considering she has survived the fire multiple times.

Its an earth sign represented by the bull and ruled by Venus, the alluring planet that controls love, beauty, and money.

Cersei is an understandable match for this sign as she is beautiful, dangerous and unapologetic and she too revels in winning all that life has to offer, usually to a point of excess. She loves her children and she will go to any lengths to protect and avenge them.

Geminis relate most closely to Tyrion Lannister. Playful and intellectually curious, Gemini is always down to trying something new.

People belonging to this zodiac sign are usually the life of the party, Tyrian is rarely seen without a glass of wine in his hand. The sign is governed by Mercury, hence they rule over communication and poetry.

Geminis are simply observing people around them and mastering the art of communication which make Tyrian possess extreme cunning and he takes calculated measures against his enemies but is also capable of sympathy and genuine kindness when needed.

Are you a Cancer? then you’d probably relate to Sansa.

There’s only one thing that matters to a Cancerian and that is Family. They are sensitive and loyal, how Sansa is to her people and her home Winterfell and despite everything that’s happened to her, she has managed to keep her empathetic nature.

Cancers are considered highly intuitive and they grow through what they go through.

Having spent so much time in King’s Landing and having Lord Baelish as a “mentor”, Sansa understands the nuance of the political realm the most.

Fun, adventurous, real, fulsome and extremely charismatic Leos are, just like Jaime Lannister. When we first saw Jaime, he sure looked like a Prince from some Disney movie with his long golden flowing locks.

Jaime is a man of actions, he acts before he thinks and it’s one of his and Leo’s weaknesses. However, Leos are dedicated friends and lovers who put their heart into every relationship and likewise Jaime, the one thing that he really, genuinely cared about was Cersei, which eventually changes after he loses his hand for then he got to see how she actually was.

He represents the ambivalent nature of Leos. He faced contradictory choices, chose what he believed in regardless of what people expected him to. That’s what makes him an interesting and engaging character to watch and read about.

A girl has a name and the name is Arya Stark from Winterfell.

Virgos are strong, tough, logical and practical with their approach towards life. So, who else would be better to embody this sign than Arya Stark herself?

With her intense, dominating as well as a logical approach to getting what she wants, Arya knows how to play the games and use her actions and words wisely.

She’s hard-working as hell, a trait shared by many a Virgos. Virgos are known as a sign of perfectionists, they intend to make the world a better place and Arya has done exactly that.

With a ruling planet of Venus, Libra is the astrological sign of grace, refinement, and aesthetics.

They are fair-minded, sharp-tongued and diplomats and no other can personify these characteristics as appropriately as the elderly matriarch of House Tyrell, Olenna Tyrell.

In addition to being very charming and smart, there’s a sense of elegance and grace lingers around Libras. The character of Olenna Tyrell does great justice to this zodiac sign.

Scorpio is a water zodiac sign that derives its strength from the psychic, emotional realm. It’s also known as the psychos of the zodiacs, so who better to encapsulate this sign than Ramsay Bolton.

Scorpio is ruled by Pluto, the planet that governs both destruction and transformation. On a good day, their energy is ambitious and enticing.

On a bad day, however, the shadowy side of Scorpio is fueled by a relentless desire for control. Although, Ramsay never takes life too seriously. He takes his job seriously and he’s passionate.

It’s no surprise that Jon Snow’s character resonates the most with Sagittarius’s traits.

He is kind, generous and a person to do the right thing by continuing to save people. People born under this sign are always in quest for knowledge.

A Capricorn man is a mysterious paradox and goes perfectly with Littlefinger’s character. They are notorious for being fierce and practical.

He’s smart and full of cunningness and provides very rich material for the scenes. Capricorns are ambitious and unyielding in their way but will adapt in order to get what they want.

Likewise, Littlefinger as nobody knows or can figure out what his next step is going to be, so forbidding and hostile does he seem, pretty much all the time.

Progressive Aquarius are forward thinkers (though not quite literally as Bran).

They are capable of perceiving the future and they know exactly what they want to do in the next five or ten years, just like Bran, the three-eyed raven.

Uranus provides Aquarius with the power of easy and quick transformation, hence thinkers and progressives are their second name.

However, not really good when it comes to expressing their emotions and Bran…well, he doesn’t really have emotions now.

Pisces are famous for their compassionate and gentle nature. They’d rather daydream and get lost in a good book then get into disciplined training and routine, just like Sam.

However, Pisces is quite melancholic and sensitive.

Despite his self proclaimed timidity, Samwell is very intelligent, loyal and have a love for learning.

Pisces may seem quiet on the outside but they have the deepest and richest inner life. they are always going through some internal journey of their own.

If you’re a fan of the fantasy world and wish to know what avenger are you based on your zodiac sign, you may click here to find out.

Consult the best Astrologer of India now and find out amazing details related to your sign today. Connect here Now.

Understanding the Savagery of an Aries Woman
Views: 10504