Which Villain are you based on your Zodiac Sign 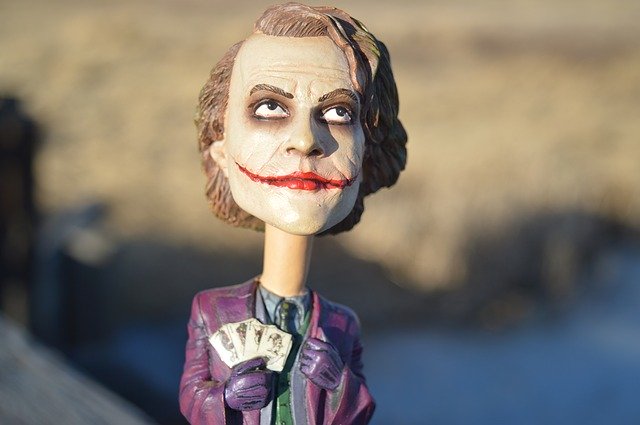 Everyone is a villain in someone’s life, but there are some villains who just define meaning. A great story is completely incomplete without an ambitious Villain. Every generation has its own version of Villains and every Villain has his own story for generations to tell. Have you ever wondered what kind of life you would live, if you were a Villain? If you’re going to wreak destruction, it’s nice to know just how exactly you would rule the world with your newfound power as the big bad.

Born with confidence, Aries are born to be a leader. That is a good thing, but you have some villain traits as well: arrogance is what it becomes when confidence becomes over and above, you’re more than stubborn and you always want to do it your way, impulsive and impatient is what you become. On top of that, you have a habit of being quite confrontational because you insist on always speaking your mind. This pretty much describes Cersei Lannister exactly: she doesn’t always fully think something through before she acts, she’s the most stubborn person in Westeros, and she’s all about herself.

Bull sign = stubbornness. Samara before becoming into an evil monster was young, beautiful, and kind just like a teen Taurus girl. But was killed in well, she died due to hypothermia and starving after seven days in the well. Samara in this case is extremely stubborn by killing anyone at the end of seven days, no matter where you are. The evil side of Taurus is that they will ignore what you have to say, but expect you to listen to them when they speak. She is somewhat kind also as she calls the person and tells them that they will be killed after seven days. PERFECT TAURUS!

Smart and incredibly adaptable a normal Gemini is and they are also always having two-sided thinking on every single topic. Two face from DC can also relate to this. As Gotham’s District Attorney, Dent proved himself a brilliant legal mind who could adapt to the changing circumstances of cases. As the villain Two-Face, he is no less shrewd, though he has a very different outlook on life. He makes decisions with the flip of a coin.

Another DC character (originally from batman) from Gotham city, Arthur Fleck lives with his mother, Penny. Artistic, intuitive, and wise, the average cancer is a free-spirited font of creativity. They also get along with others, because they understand how others think and operate. The Joker understands people, and all he wants is to put a smile on their faces in the most creative way possible. Whether they survive the experience is not really the point, just as long as they die laughing. This picture defines the cancer community.

The costuming, the hair, the makeup, the legacy, the drama of it all—no one ever said that Leos hate making a scene. As a clown, Pennywise is a born performer, and Leo is a sign closely associated with self-expression, creativity, and individualism. Pennywise makes sure to achieve the maximum terror by altering his persona to the personality-specific fears of each child he terrorizes. This is not a one-size-fits-all villain. Leo knows how to play to their audience, even if “playing” is actually just haunting and killing.

The most important point that makes Virgo special is that they never hesitate to tell that they are happy because of you. ‘Mogambo khush Hua’. If you ever try to come in their way you get bamboozled. Mogambo would be most suitable for Virgo, as he was badass and perfect at his job, as the sign. If he wanted to be evil, he did it perfectly. Mogambo was completely over the top with a strange costume, a stick, and a throne, but he was cruelest of them all. The dark side of the Virgos is a bit coward and they get fussed up on little things perfectly shown by Mogambo

Libras like a limited number of people around them. Sublime Thanos. Libra, as a villain, you can be pretty detached, which can alienate those around you. Heaven forbid you get the ability to snap half of the universe out of existence! They might erase the whole also. Libras love only a limited number of people just like Thanos only loved Gamora and his mission with extreme determination. Thanos had retirement plans to live peacefully after snapping everyone down.

Another DC character originally villain in spiderman. Scorpios feel about all the things in multiples of 100, including jealousy. They have a hard time not comparing other people’s achievements with their own and think everything is a competition. Scorpios never show their cards. They are incredibly honest, but they don’t like to display any vulnerability, especially with people they’re unsure about. Scorpios like to be in control. Scorpios also hate being controlled by others and need control over all situations. VENOM shows almost all the characteristics shown by Scorpios. In the end they are a water sign so have to be good also and in the movie also venom sacrifices himself to let humans live.

Should you embrace your inner rogue, Sagittarius, you would be Loki. You’re impatient. You’re inconsistent. And, you’re overconfident. Fortunately, your friends and family forgive your trickster self. Sometimes, they’ll even embrace it. Sagittarius is an optimistic sign. Sagittarius doesn’t panic about the future. The humorous behavior of Sagittarius is no secret to the world. They love to travel & adventure. Every Sagittarius is like Loki; they love too much and spread uncountable laughter. Loki often makes haughty (proud and thinking that you are better than others) promises which are common traits in Sagittarius.

He who shall not be named… Lord Voldemort or Tom Riddle.

Sorry, Capricorns. You’re just… a very ambitious bunch. And sometimes a bit serious. And Voldemort’s got that whole organized, no-nonsense villainy going on (also he’s an actual Capricorn, according to Jo). His Capricorn mind doesn’t leave any room for wizard feelings. He’s all raw hunger for power. Lesser villains commit evil by murdering a few people. Voldy sets up shop a fascist dictator.

Aquarius has a penchant for rebellion and is usually the one found leading a revolution. With his eccentricity, coldness, and unpredictability, Scar makes the perfect Aquarian. Granted his values and views are radically different from those around him, he still manages to overthrow the hierarchy and lift up an army of followers in true Aquarius fashion.

Another DC character from batman, Dr. Harleen Frances Quinzel is depicted as having been a psychiatrist at Gotham City’s Arkham Asylum. Gotham City. Harley Quinn spent years loyally serving the Joker as his favorite henchwoman, and as his lover. She has since found her independence, but she stuck it out with him through thick and thin, riding the emotional roller coaster that was living with her. Pisces are loyal, emotional, sympathetic, and tenacious–all traits Harley exhibited in her life with the Joker.

Further, you may like reading 13 Reasons Why – Which Character Are You

What is Happiness for you Based on your Star Sign?
Views: 1813

Things To Try In Your Time Alone for Fun According to Zodiac Sign
Views: 1598

WWE Wrestlers as Zodiac Signs- Which One Do You Get?
Views: 6266