Why Goddess Saraswati Cursed Brahma? The History Behind the Tale 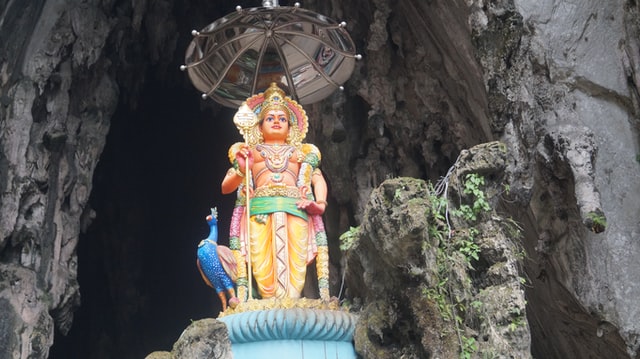 Hindu religion is full of rituals, traditions, and mythological tales. There are many unheard stories present in religion yet. One such is a tale that has a reason what happened between Saraswati and Brahma that She cursed Him? Also, there are many temples in India. The number would be in lakhs or crores still there are only two temples of Lord Brahma. Why? Here’s the answer Why Goddess Saraswati cursed Brahma.

The real meaning of Saraswati

The goddess of education, wisdom, and excellence, Goddess Saraswati is a Hindu goddess. Saraswati came from the word ‘sales’ and ‘wati’. Saras means to flow, wati means the one having i.e. she, who has flow or essence. Goddess Saraswati is a symbol of knowledge, its flow is like a river. Also, knowledge is supremely alluring, like a beautiful woman. She is depicted as a beautiful fair Lordess having four arms and wearing a spotless white saree, seated on a white lotus. The four arms of Goddess Saraswati depicts four aspects of human personality in learning: mind, alertness, intellect, and ego. In addition, these four arms are also symbolic of the four Vedas, the religious scriptures of Hindus.

According to Hindu holy texts, the origin of Lordess Saraswati is also significant in the balance and creation of the world. As per the holy texts, after creating the world, Lord Brahma looked at what He has made. He realized that the world was the unformed and utterly lacking concept. Therefore, God Brahma created an embodiment of knowledge to help him with this monumental task of creating form. Hence, from this mouth, originated the goddess of wisdom and knowledge- Goddess Saraswati. She emerged from Brahma and helped Him in creating cosmos, the Sun, the Stars, and the Moon. However, later she became the bride of Brahma, and today we can see the matching order They created.

Lord Brahma was captivated by the beauty of Goddess Saraswati and decided to make Her, His. She hid in the form of a cow while Brahma followed Her in the form bull. However, God was still unsuccessful and had amorous thoughts. These thoughts distributed the serenity of the cosmos and created Lord Shiva. Shiva opened His eyes, sensed Lordess Saraswati’s discomfort and taking the form of Bhairava, wretched off Brahma’s fifth head. After this incident, Brahma conducted a yagna, fire sacrifice, to cleanse and purify Himself. However, for this fire sacrifice, He needed the assistance of a wife. Then, Lord Brahma chose Goddess Saraswati to be His wife and thus they were reconciled.

Lordess Saraswati never jewels or paints herself with bright colors. Her white saree is symbolic of purity and serenity. Mother Saraswati has embodied a hat that is pure and sublime in nature. The Vedas- Rigveda, Yajurveda, Samveda, and Atharvaveda were Her offsprings. She is also a part of Trinity i.e. Tridevies- Saraswati, Lakshmi, and Parvati. All three forms helped Brahma, Vishnu, and Shiva to create and maintain this world.

Once Lordess Saraswati arrived late at the vital Yajna that was being performed by Her consort- Brahma. The yajna had a ritual that it couldn’t be performed without in the absence of wife. By the time, She arrived, Saraswati got to know that Brahma had already married Gayatri to complete the ritual. She got angry and cursed Brahma before stomping off.

Lordess Saraswati was quite angry after the above incident and cursed Lord Brahma. She said ‘ You have filled the world with longing and bowed the seed of unhappiness. You have fettered a pious soul in flesh. May there hardly be any temple or any festival of yours.” So, due to this curse, there are only two popular temples of Lord Brahma, one in Pushkar, Rajasthan, and the other one in Tamil Nadu.

Also, you may like to read Fasting: Religious and Astrological factors behind fast

Vastu Tips for Living Room- Give Your Home a Touch of Fortune
Views: 2237

Rakshabandhan Special: What type of sister you have?
Views: 1919

Trust Issues- Zodiac Signs That Have a Hard Time in relationship Due to It
Views: 3930