Why Navaratri is Celebrated Twice a Year 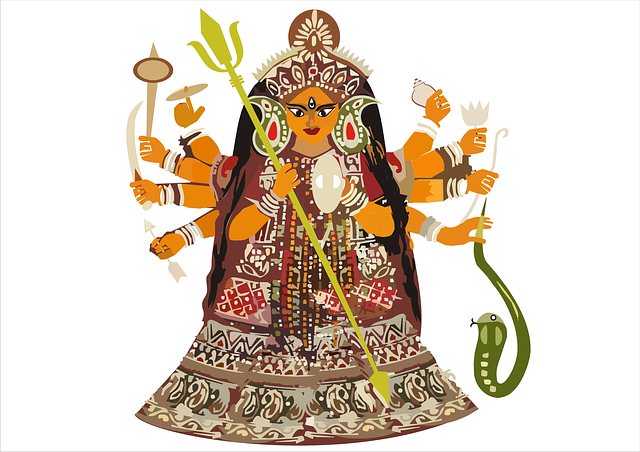 Navaratri is celebrated in memory of the Victory that Ma Durga had over the evil Mahishasura. All the nine days of Navaratri symbolizes every avatar of Ma Durga, and each avatar is suited with a particular color, which the devotees wear during the celebration and ceremonies. It is considered the biggest celebration of good over evil and people from all over take part and contribute their devotion towards Ma Durga.

Why Navratri is celebrated twice?

The one thing that’s common between these two Navaratris is the utter love and devotion towards Ma Durga, who is also known by the names like Parvati, Shakti, Gowri, and many more. The Supreme Goddess is known to have three forms, Durga, Lakshmi, and Saraswati. Three of them symbolizes, influence, riches and the vow of knowledge.

According to the legend, in the past, there was an evil incarnation named Mahishasura. He was a big devotee of Lord Shiva and took a disadvantage of the blessings of the Lord. Overtime when his pride and ego took over his mind, he started committing sinful crimes. Because of the otherworldly blessings from Lord Shiva, he was invincible. To bring justice and stop the rule of evil, Ma Durga’s reincarnation stood up to Mahishasura to make him realize his crime. When he rebelled, she brought justice by eliminating him and freeing him from this life.

Thus, Navaratri is a joyous celebration of the victory of good over evil. Anything that starts on Vijayadashami, moves forward towards progress. Navaratri becomes an epicenter of positive vibes where the people of all ages, young and old, get together and devote their love and time towards Ma Durga. It holds massive importance in the lives of Hindus.

The beginning of both the Navaratri marks the onset of change in weather. One can say, it marks the beginning of summer and winter. Our mother nature expects a significant change and it is believed that Maa Durga will take care of our earth during such changes. This is one of the reasons, why Navaratri is celebrated twice a year.

Connotation of the Navaratri Festival

In the duration of both the Navaratris, the length of Days and Nights are almost equal. The weather is at its best, creating a soothing environment for everyone to be cheerful. Thus, these perfect times act as the cherry on the top for celebrating this festival in the most empowering way.

It is believed that the most famous Navaratri was the earlier one, The Chaitra Navratri that marks the onset of Summer. Whereas, the lateral one known as Ashwin Navaratri picked up its popularity after the Sri Rama Legendary Tale.

In accordance with the Legendary Tale, when Sri Rama proceeds with his Battle with Raavan, he wishes to take blessings from Ma Durga and wanted her to be his support. But he didn’t want to wait additional 6 months for the Chaitra Navaratri to come, so he made arrangements and prayed to her during the time of September to October, which led to the creation and celebration of Ashwin Navaratri.

After Sri Rama returned victorious with Ma Durga’s blessings, people have believed that during the Navaratri Pujan, if what they seek is true, their utter devotion for Ma Durga, may yield them great success in whatever they want to achieve.

Most Charismatic and Vibrant Zodiac Signs who are born Super-Stars
Views: 5267

Zodiac Signs that Are the Most Determined to Combat Corona-Virus
Views: 1803

Covid-19- Zodiac Signs That Need to Work on Their Immunity
Views: 6977