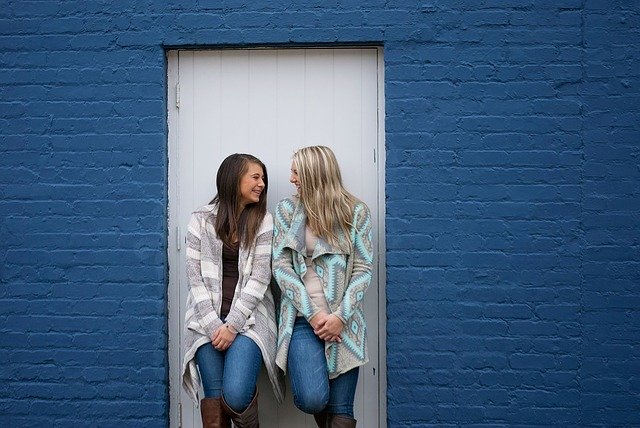 Life is but a battle. We fight every second and in a lifetime of it, FRIENDSHIP heals us and protects us. If you have one true friend, the remainder of your life becomes smooth. They just sit with you and all your troubles go away. The best part of the best friend is you know they will stay by your side and you don’t need to reevaluate the equations every once in a while. A true friend always stands by you in your happiness and sorrow. However, it happens many times that those you consider to be your true friends cheat you. As far as Astrology tells, one may find a person’s basic nature through their zodiac. Thus, with a compatibility scale, you can assess the energy you wish to tolerate around you. Let’s embark on the journey to know Your Best Friend According To Zodiac Sign–

Aries, you are a typical Fire sign ruled by Mars, a planet known for outstanding gallantry. A common friendship bores you. You desire adventure and rush. Thus, the Sagittarius sign gets the top chance at your friendship. Along with this, you can share a beautiful relationship with Cancer, Capricorn, Leo, and Virgo.

Taurus is the zodiac sign of the earth element which is ruled by Venus, the planet of beauty. Thus, you look for pure beauty and comfort in your friendship. You are most likely to have a good friendship with the other two zodiac signs of the earth element, Virgo and Capricorn. At the same time, you can also make good friends with the natives born under the sign of Cancer and Scorpio.

Gemini, the third zodiac sign of the zodiac, is the predominant element of air that falls under the rule of Mercury. You get along well with the people of Libra and Aquarius sign. They are both signs of the air element and possess the same free will as you. In addition, people who are ascendant of Aquarius or Libra also become good friends with you.

Cancer, a typical water sign governed by Moon. You are a person who looks for a family in friends. Thus, when it comes to building relationships, you take enough time. If a person actually passes and wins your heart, you devote your entire life to them. For you, Best Friend According To Zodiac Sign can be natives of Taurus, Virgo, Capricorn, and Libra. At the same time, you can share a beautiful relationship with Scorpios.

Leo is the sign of the fire element, ruled by the mighty Sun. You love to be the center of all the attention. Especially, when it comes to friends, you want them all to focus on you. Sagittarius, Aries, and Gemini are such amazing friends who can give you all the necessary drama and attention.

Virgo, you look for a keen and unblemished relationship. Though it is tough in this era. You are a strict earth sign governed by planet Mercury. Thus, you often choose friends carefully. You can build an excellent friendship with the people born under Taurus and Capricorn sign or the Ascendant. However, Scorpio and Pisces natives also prove to be your good friends.

You are a sign of Air element governed by Venus, the planet of beauty and love.

Libra natives are a friend of all. You are someone that nobody can dislike. Though you have a strict preference for skills and emotions. You cannot tolerate negative and self-obsessed people around you. It is too much for your Libra energy. You can get along with nice people. Someone who is shy at first and bomb when open. But a pure heart matters to you. Natives of Cancer, Capricorn, Taurus, Pisces, and Gemini can be your good friend.

Drama attracts drama. A Scorpio can be Best Friend with a Cancerian According To Zodiac. In addition, people born under the signs of Virgo, Taurus, and Capricorn can also become good friends Scorpio. Scorpio natives belong to the water element and are ruled by Mars, the planet of valor. Thus, you would rather be alone than roaming with cowards. You respect friendship and value it.

Under the fortune planet Jupiter, Sags are the most beautiful friends to have around. You can lighten up dull surroundings and give meaning to even fading relationships. Sagittarius is the third zodiac sign of the fire element. You love dramatic, funny, and sensitive people. Thus, people born under Leo and Cancer sign prove to be good friends for you. At the same time, you can also have a mild and smooth friendship with the people of Aries zodiac sign.

Capricorn is the sign of the earth element. Under the governance of Planet of Justice, Saturn, you embrace a wise and old soul. Thus, you never choose stupid or mean or deceitful people. Your zodiac has better friendships with the people born under the sign of Taurus and Virgo. On the other hand, people of Cancer zodiac also prove to be your good friends.

Aquarius is a typical Air Sign that prefers a safe distance from people. Natives born under the Aquarius zodiac sign prove to be good friends for Librans. If you are an Aquarian, Taurus, and Capricorns can also become meaningful Best Friend to you According To Zodiac.

Pisces being the last sign of zodiac circle can be friends with any other sign. Nonetheless, you people can’t stand the negative and selfish vibes. Thus, you never prove to be good friends with either Leo or Aquarius. Pisces is a water sign. Thus, you can embrace a soothing friendship with Cancer and Scorpio. At the same time, you can build healthy relationships with the people of Virgo and Capricorn.

Also, you can read Zodiac Signs After Break Up