7 Zodiac Signs That Could Be Very Selfish 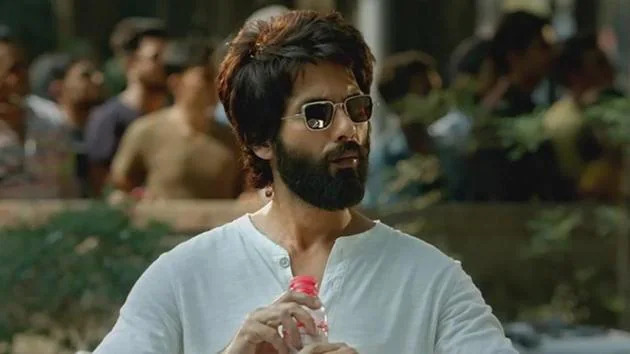 We are special and our presence makes the world a better place. We bring happiness, joy and laughter into the lives of many. And there are many who treasure us for being our quirky, unique selves. So, it is only right that we love ourselves. After all, we are one in a million. The problem arises when we love ourselves so much that we refuse to think of anyone but ourselves. These are the narcissists – the truly selfish people. They suffer from a god complex which makes them believe that everything good should happen to them and only them. Did you know that astrology can help identify Selfish zodiac signs?

Dating or being friends with a selfish person is no picnic. They only care about them themselves and don’t think twice before pushing you off the ledge if it ensures their own security. Now, who would want to have such mean-minded people in their lives? Here are the top seven selfish zodiac signs and their telltale exploitative traits.

Here are the 7 narcissistic and selfish zodiac signs of astrology.

Taurus believes that they can never be in the wrong. So, if they think they are demi-gods on Earth, they are obviously correct, right? The star sign cannot handle criticism at all because they are a firm believer in the concept that nothing could be as marvellous and glorious as them. They tend to seek out friends and lovers who are okay with being controlled. More often than not you will see Taurus bossing people around to do their bidding. It goes without saying that they can also be unceremoniously rude. The worst trait of the bull has got to be its ability to make puppets out of people.

Scorpios cannot be in any relationship that they don’t have full control over. They think that everybody in their life owes them. One of the top selfish zodiac signs, Scorpios narcissism can be tolerated as long as people truly love them. But they become unmanageable brutes when their hearts are broken. They lash out at anyone and everyone and their tantrums are nothing less than violent. The star sign will say whatever crosses their mind without caring to think how bad the other person might feel.

Everyone who knows an Aquarian knows just how selfish the zodiac sign can be. But the star sign themselves are in complete denial of it. They think of themselves as independent and free souls bound by no one. Unfortunately, their quest for independence has led them to become one of the top selfish zodiac signs. Aquarius doesn’t spend a moment of the day thinking about anyone but themselves. Anything they do, they do it for their own convenience. They push people away if they feel too claustrophobic and the next day they will say they have changed their mind and “demand” them to come back. Their utter disregard for people’s feelings and emotions makes them the most selfish zodiac sign.

Also Read: 6 Zodiac Signs Who Are A Good Kisser

It’s a surprise to no one, not even Aries that they are on this list. The star sign is fully aware that everything they do, they do for their own enjoyment. Aries is so inconsiderate that even their loved ones have gotten used to being screwed over by them. If Aries wants something they will have it even if it means that they have to step on other’s toes to get to it. Their inability to empathize with people is their most toxic trait and the main reason why they are on this list of selfish zodiac signs. Aries do what they want and if you happen to be a casualty, that’s really on you. Serves you right for including them in your life (their words not ours).

Leos thrive on attention. They want the spotlight on them at all times and they don’t want to share it with anyone. The zodiac is extremely conceited and cares only about establishing themselves as leaders. One would think that Leos are the epitome of confidence but there’s where people go wrong. The star sign is immensely insecure and it is this insecurity that has made them so unmindful of people’s feelings. Maybe Leos only want people at their constant beck and call because deep down they want somebody to show them that they are worth the trouble.

Also Read: 6 Zodiac Signs That Like To Party Hard

Since Geminis are the social butterflies of the twelve horoscopes, it is often easy to forget just how selfish the zodiac really is. Their funny anecdotes and witty humour are nothing but ploys to hide their egotistical personalities. Geminis have so many identities living under their skin that we doubt they know who they truly are. But how does this make them selfish you ask? Well, how could it not be. Geminis have only built different personas for themselves to trick people into liking them. The zodiac wants to be admired and praised by everyone and they don’t mind taking the twisted road to achieve that.

Surprised to see Sag in this list of zodiac signs who are selfish? Anyone would be. After all, the zodiac seems just so chill and easy going. It is so much fun to hang out with this zodiac that everyone around them finds it all too simple to overlook their obvious flaws. Sags are dangerously self-absorbed. They care about little else outside of their own interests. If they want something they will make heaven and hell meet to get that and they won’t even look back to see if they have stepped over anyone’s toes to turn their dreams into reality. It’s shameful how Sagittarians have grown so comfortable being selfish with the ones that love them the most.

Things to know if having sex with a Scorpio Read your fortune from bracelet lines on the wrist 27 nakshatra trees and their benefits भूमि पूजन मुहूर्त 2022: नए साल में घर का निर्माण शुरू करने का सबसे अच्छा दिन Astrologer explains why you need a strong Moon in kundli

5 Caring Zodiac Signs Who Will Stay By Your Side At All Times
Views: 5163

These 5 zodiac signs are the biggest cry babies
Views: 3278

6 Friendly Zodiac Signs Who Can Become BFF With Anyone
Views: 4115

6 Zodiac Signs Who Will Break Your Heart As Per Astrology
Views: 6368 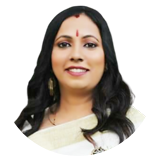