Anxiety attack to each zodiac sign- What Triggers You? 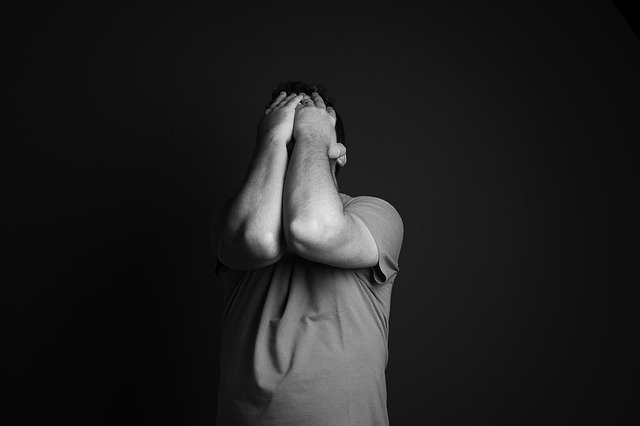 Anxiety is a feeling of nervousness, unease, or worries about things whose outcomes are not certain. You will feel your stomach grindings, mind-blowing up, legs tapping on the floor continuously, scratching of head, etc. There can be n number of things that can give anxiety to any x person in his or her life which can be physical, mental, emotional, or financial. For most people anxiety is the first step of going into depression. The difference between anxiety and depression is that anxiety wants you to do something and depression does not want you to do anything. Many people start with anxiety but around 5% of people succeed and the rest come out as depressed. These are some situations in which triggers an Anxiety attack to each zodiac sign

When they try to fly out of their capability

Aries are born leaders and they like dominating, but they do get anxious over and over again. They have a situation of an Anxiety attack. Their fear is being reveled as a human as they consider themselves as out of the world kind of things. And because of this they try to do too much at once (mostly) and results in everything cracking up.

They can get anxious when they know their mistakes and ask for helping hand when they overload themselves to the point where they can no longer keep up. Sometimes it’s tough to swap Ironman with Tony Stark. He is wants to make something big made Ultron, which ended up with Sokovia Accords, and finally the breakup of The Avengers.

When the bull is lost in the woods

Taurus knows what it wants from the world but sometimes finds it difficult to be fluid and flexible just because of their stubbornness. When their plans go out of the window they can become suddenly frustrated as they struggle to find a change of course which is necessary to survive. Changing too much too soon can leave them with heavy feelings of uncertainty and anxiety. They need to practice restraint to prevent being overcome by an ever-expanding atmosphere.

When they are trapped

The railing room made Gemini’s shock – as did anything else they couldn’t escape from. Queers, crowds, forbidden relationships, and dead-end jobs can all have this sign going up the proverbial wall. Being trapped by the standard method is a surefire way to make the Gemini worried as their emission limit is so low that the ground level.

When they feel alone

Cancer will do anything to protect their nation and its citizens when in the army but average cancer will do it with home and family or friends. Home is their stronghold and family is at their heart – that’s why the fear of rejection can cause them great anxiety.

They can worry too much about losing those close to them so long as to make sure that doesn’t happen – whether it’s by installing advanced security systems or by monitoring repeaters. Sure, they can have extra protection and may even injure themselves sometimes – but that’s because they can’t express the sense of losing you.

When they are treated as kitty instead of a lion

Leos’s confidence is often very good but cracks can begin to appear in the face of rejection or humiliation. They are afraid to find themselves out of work – the only one at a fancy dress event or to thank the wrong person at a speech event. The idea of ​​making a fool’s appearance – especially in public – will push Leo’s anxiety to the surface. Accept that everyone has an “off day” and don’t let the haters come to you!

When they go into their Sherlock character

That mole back in Virgos, may not be cancerous and the mere outbreak is not the next big devastation – but this symptom can jump into a very serious condition. By all means, things should be checked out but repeated over and over again – expensive and ineffective. Virgos are health-conscious but can be overweight and edgy. A word of advice – avoid using Google to find yourself – sometimes the cold is just the old cold. Stop Overthinking.

When someone crosses the line again and again

Libra is trying to forgive and forget when people are doing wrong. But if anyone refuses their peacekeeping provisions by continuing to cross the line – a long life can be born. This can be very frustrating and put everything out of proportion. When they lose the consistency and focus on that one point of distraction they will need to be saved with love and kindness before the anxiety leads to revenge. Otherwise, their anxiety attack would be quite troublesome.

When they are around general humans

Scorpio can sometimes find people, indeed, difficult to deal with. Dealing with a little banal talk and the stupidity of fools can push their buttons of concern. Pushy know-it-alls and less that middle-class drivers can also cause Scorpio to go into decline. Their concerns can make them look good and degrading – they need to remember that not everyone thinks and responds critically and appropriately.

When negative people try to break them

With unlimited energy and a quick sense of humor, Sagittarius likes to be surrounded by the hope of humor. It will take a long time to bother to intervene but if events or people seem to offer nothing but darkness and despair, they can eventually succumb to murderous and oppressive forces. It may be necessary to eliminate “empty glass” friends to bring back that winning smile and energy.

When someone acts stupid

What may trigger an anxiety attack to such strong people you might think. Capricorn has high standards and strives to surround themself with talented people. Poor service, recent emergence, and poor organization will all fall under their usual technical skin. It is respectful and reasonable to get to this point there will be an increasing concern when individuals and organizations ignore simple solutions. They can’t stand shamelessly or government red tires or not – so they don’t even make a start.

When people put unwanted stuff on them

There are many voices living inside the Aquarian head there to comfort, give advice, and – often – keep anxiety levels low. As a result, Aquarians need to be left alone – a lot! It is unfair that you are asked to make hasty decisions or that orders are always tied to them. They need to internalize and restore or risk major meltdowns.

Nothing but the idea of ​​getting anxious

Pisces can be troublesome as much as a sense of anxiety can bring you. It can turn into a self-fulfilling prophecy that ends them worrying about everything and anything. This may be caused by any of the materials or it may be an upcoming inspection or simply that the lawn has not been repaired in time. Sometimes they just have to run away from a yoga retreat for a weekend or two just to lower their levels. For them, it is a little tough to deal with an Anxiety attack.

Further, you may like reading Zodiac signs who let Anxiety and Stress Flood Them

What is Happiness for you Based on your Star Sign?
Views: 1264

Things To Try In Your Time Alone for Fun According to Zodiac Sign
Views: 1417

WWE Wrestlers as Zodiac Signs- Which One Do You Get?
Views: 4948