Aries- The First Of Zodiac Signs 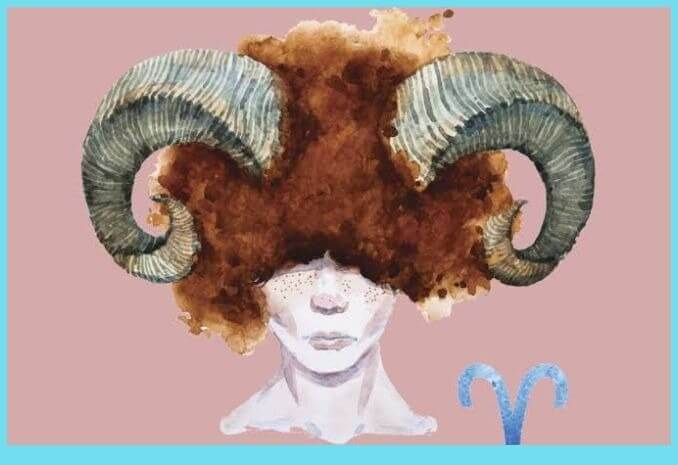 Aries is the first of the 12 signs, the “head” of the zodiac. The horoscope symbol is the Ram, a sheep with large curving horns. The symbol usually depicts a very simple graphic meant to resemble the head of the Ram.

Aries are passionate and independent. They never do something just because everyone else is doing it. Furthermore, a Ram (sheep) needs 100% commitment to the task at hand. Competitive to the max, the best way to motivate an Aries is to turn something into a contest.

Aries will put everything they have into winning. They’re loyal, smart, and impulsive. However, they always have multiple thoughts on their mind. Furthermore, they are not easy to satisfy.

Aries are adventurous; they absolutely love to take risks and are not afraid of them. They do not fear anything and hence are courageous, as there is no braver sign then the Rams! Since their constant thirst of adventures, an Aries often tries new things in life so they are versatile.

The typical Aries is extremely energetic and full of life, there is no way for you to miss it. They always remain positive as this is why they are so popular in social circles.

Rams will usually take up with a new project with all of his heart as they are really passionate about whatever they do. An Aries zodiac sign personality does not lack energy or vitality, and they can stay in the game longer than almost anyone else.

Rams are also, for the most part, independent and well aware of their own interests in a given situation. Further, their competitive natures ensure that they will play the game with zeal and vigor.

Aries tend to be insensitive of others or become more arrogant. They also are very stubborn. Also, they are very much impulsive too hence become impatient.

They follow their own rules and regulations and are not the most organized people in the world. However, they argue in almost every situation. It’s difficult for them to stop from what they’re doing is they’re much focused, or to accept what others are saying.

If someone crosses them and they get to feel angry, they won’t hesitate to show their temper and to become very aggressive in the way they’re resolving the situation.

Like fire, fire signs tend to be passionate, dynamic, and temperamental. Fire can keep you warm, or it can do great destruction. While the fire burns out quickly without fuel to keep it going, it can also regenerate its power from the ashes. A single spark can set off a forest fire. As a result, fire signs need to be nurtured and managed carefully.

Aries is one of the three zodiac signs grouped under the fire element. The other two fire signs are Leo and Sagittarius. Since Aries is the first fire sign in the zodiac cycle, it’s like the match that lights the blaze. Many Aries people are trailblazers and trendsetters.

Under the influence of an Aries planetary cycle, we all become more pioneering and innovative, leaping without looking or putting our bold ideas out there. A Fire sign is also an indicator of creativity. This element manifests itself in creative and unique ways, and those in its glow are wonderfully courageous and lively spirits.

Aries are self-sufficient, spontaneous and possess a tremendous zest for life. They are also strong, self-assured, creative and fun. When they get too hot to touch, though, it may be a good idea to stand back!

Mars is the action planet of the zodiac. The ‘Red Planet,’ after all, should be pretty fiery, and Mars does not disappoint. Energy, passion, drive, and determination are all right up Mars’s alley.

This planet commands you (and yes, Mars does rule the military) to stand up, be noticed and get things done — sitting on the sidelines belongs somewhere else in the heavens. Simply put, Mars speaks to the power and confident expression of the individual. Ambition and competition are also within Mars’s realm.

Whether it’s at work or on the field of play, Mars encourages us to face challenges and to be our best — or better. Aggression is part of the plan here, although Mars also values courage and honor. Assertion and a daring, fearless nature please this planet. Aries is ruled by warrior planet and energy activator Mars.

The masculine force is ruled by this “yang” planet. On a positive note, Aries cycles can fill us with unstoppable life-force energy. The negative manifestation is that we can become argumentative, confrontational and aggressive.

Mars is the mythological god of war and was often worshiped by the ancient Romans. He’s often shown with battle attire, fully equipped with shield and sword and ready for action!

With the eighth house in Aries, the main challenge of life is to accept the constructive force of anger and conflict. If Mars isn’t extremely well positioned, this speaks of one’s tendency to waste their energy on irrelevant issues, these seen primarily through challenging aspects of Mars.

The change will come pretty much naturally, but with a lot of fire and fuss and never easy. Instinct needs to be nurtured and most often this is the position of those born with an ascendant in Virgo, meaning they tend to overthink things and shove their instincts and gut feelings aside.

The most damaging thing a person can do with this set is to approach life reasonably instead of instinctively. Your secret power lies in coming out on top, winning battles and going for what you want as you have incredible inner strength. You know how to defeat your enemy and you could be a Great War strategist.

You’re capable of significant breakthroughs, uncovering the truth behind a lie, leading the pack, surviving in the face of danger, effectively solving problems, overcoming death, mastering esoteric or occult topics, encouraging others to stand up for themselves.

The Emperor card features a wise, authoritative man sitting on a stone throne embellished with Rams! His white beard represents experience, while his armor is a sign of the inevitable battle to come. Like Aries, the Emperor reminds us that, “Anything worth having is worth fighting for!”

The ball in the Emperor’s right hand represents the world, or more specifically his role as the ruler of people. The red robe and vibrant sunrise support the theme of Fire.

Aries is also ruled by Mars, the red planet. The color red inspires initiative and taking action! And last but not least, the powerful mountains in the background remind us of the unyielding nature of Aries. It’s all about control when it comes to the Emperor, for this card means authority, regulation, organization and father lines.

The Emperor represents a strategic thinker who sets out plans that he must see-through. He is a symbol of the masculine principle – the paternal figure in life that gives structure, creates rules and systems, and imparts knowledge.

Where the Empress’s desire for their kingdom is to create happiness, the emperor desires to foster honor and discipline. He guides with a firm hand, following the calling of the crown above all else. Though he is a ruler, he understands that to reign is also to serve – thus he acts rationally and according to what is for the greater good of the kingdom.

Red Is The Color of Aries

Since the element of this astrology sign is fire, the suitable or lucky color for Aries is all shades of red, particularly red and scarlet. These colors will act as an extractor of negativity and an absorbed of positivism in your life. Wearing or using things in your lucky color brings in health, wealth, success and prosperity into your lives.

Red Coral and Amethyst are the lucky stones for Arians. Wearing your lucky stone as a ring or necklace will act as a filter of your mood and thoughts. This is known as Kuja Dosham or Chovva Dosham in South India.

Many saints and astrologers across the nation have found Red Coral (munga ratan) highly capable of eradicating and controlling the ill-effects of Manglik Dosha (especially for female natives). Manglik Dosha is believed to be nullified by wearing a Red Coral ring or pendant by the female natives.

Secondly, Mars is considered to be the royal warrior who is best with courage and confidence. Hence, wearing red coral is believed to enhance the confidence and give immense courage to the wearer in order to come out of messy or miserable circumstances in a quick time.

Therefore, if a person is surrounded by many problems such as enemies, debts, diseases, etc, red coral can provide him/her the courage to fight against them and come out from the situation.

Since the red coral enhances the physical strength of a human, it also increases the sexual desire and may be very useful for unhappy or dull sex life. Hence, many astrologers suggest the inactive partner in a married couple wear Red Coral which increases the strength and desire for love. Red Coral gemstone is also believed to have powers to protect from evil eye or black magic.

It is hence, used by many occult providers to remove the effects of black magic or evil eye from the natives. There are few medicinal properties of the red coral gem.

It is very helpful in preventing diseases related to blood. Also, it can control high blood pressure. It is also considered good for diseases of blood vessels, heart and blood cells.

This is an area of life in which an Aries shines brightest. Their working environment is the perfect place for their ambition and creativity to show, with them fighting to be as good as possible. A natural-born leader, Aries will prefer to issue orders rather than receive them.

Theirs peed of mind and vast energy to move helps them to always be one step ahead of everyone else. All they need to do in order to succeed is to follow their chosen path and not give up on professional plans guided away by emotions. When faced with a challenge, an Aries will quickly assess the situation and come to a solution.

Competition does not bother them and instead encourages them to shine even brighter. They can have great careers in sports and challenging environments, and enjoy their chosen path as managers, policemen, soldiers, etc.

Even though Aries representatives can be wise and save some money for a rainy day, this is not often the case for the joy of spending it and taking risks is even greater.

They live in the present and aren’t that focused on the future, and this can make them irrational and hasty when it comes to financial decisions. Still, they seem to always find a way to earn money and compensate for what they have spent, in a natural flow of energy that needs to come back when invested wisely.

Do let your Aries friend/family member know that how interesting their qualities are, for more assistance about the zodiac you are free to connect with our certified astrologers anytime and also if Arians wish to buy their lucky gemstone they can always reach out to us, as we do provides gemstones.

These were a few points to familiarize you with Aries Sign. Also, you may like to read about Surprising facts about International Astrology Day.